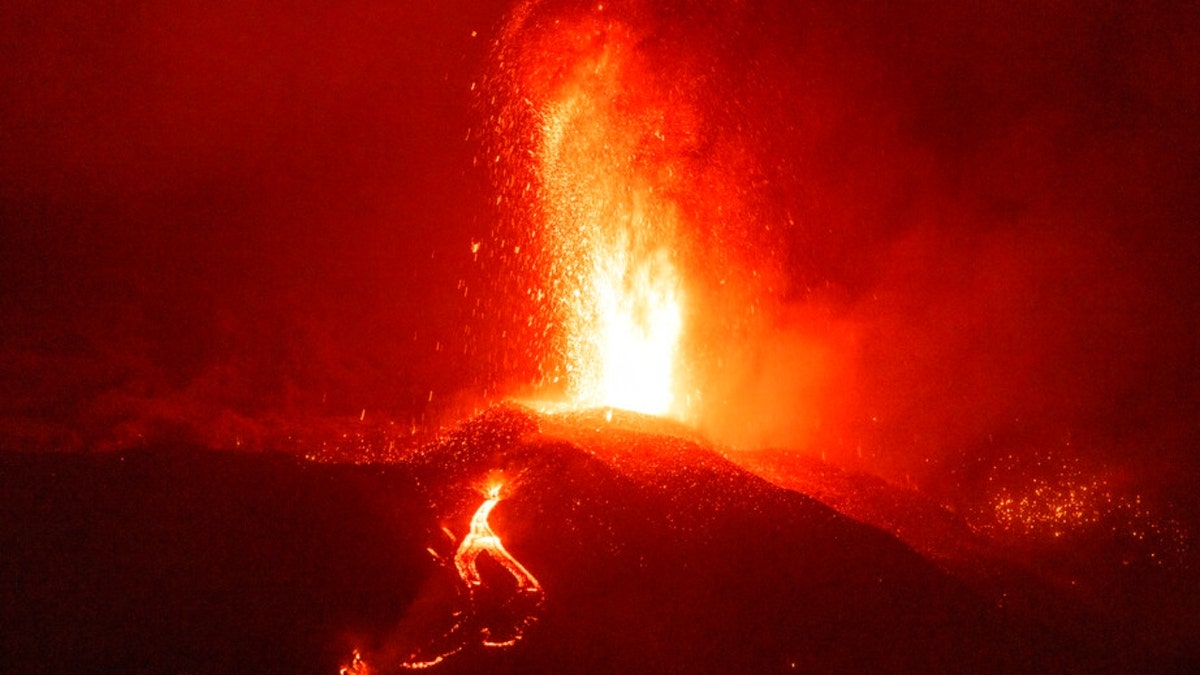 Images show the damage caused days after a volcano erupted on a Spanish island, forcing the evacuation of more than 6,800 people.

Villagers on the island of La Palma – part of the Canary Islands archipelago – were met with a wall of lava up to 40 feet high on Wednesday following Sunday afternoon’s eruption. 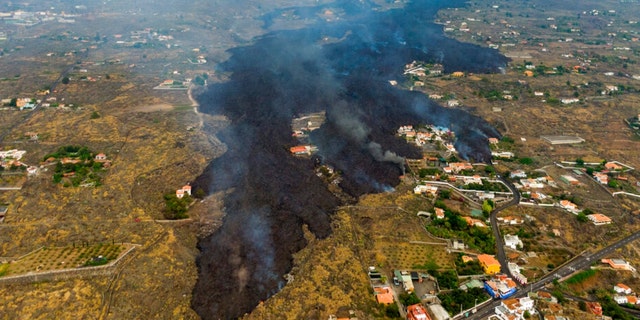 In this Tuesday, Sept. 21, 2021 file photo, lava from a volcano eruption flows destroying houses on the island of La Palma in the Canaries, Spain.
(AP Photo/Emilio Morenatti, File)

The people of La Palma – a population of 85,000 – were kept at least 1.25 miles away from the area as rivers of lava continued to roll down hills and 1,000 people were evacuated late Tuesday from Todoque.

Thus far, the eruption has destroyed hundreds of buildings, though the lava’s advance has slowed as it heads toward the Atlantic Ocean. 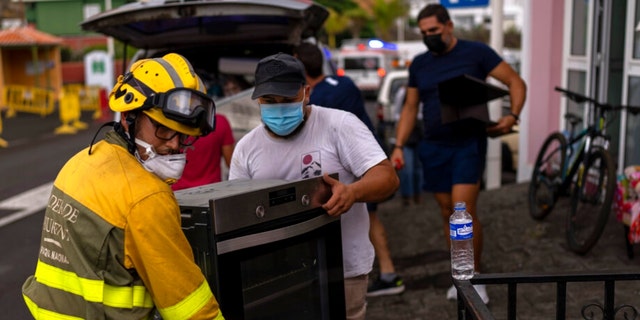 Residents remove their belongings from their houses as lava from a volcano eruption flows, as they are evacuated from their village in Los Llanos, on the island of La Palma in the Canaries, Spain, Wednesday, Sept. 22, 2021.
(AP Photo/Emilio Morenatti)

While the more than 1,800-degree-Fahrenheit lava with water could cause explosions and produce toxic gas, the volcano has also been producing thousands of tons of sulfur dioxide and new cracks in the earth cannot be ruled out, according to Canary Islands Volcanology Institute head Nemesio Pérez.

No casualties have been reported from the eruption but scientists say lava flows could last for weeks or even months.

Firefighting crews have worked tirelessly to try to open a trench to divert and the lava flow and save as many houses as possible. 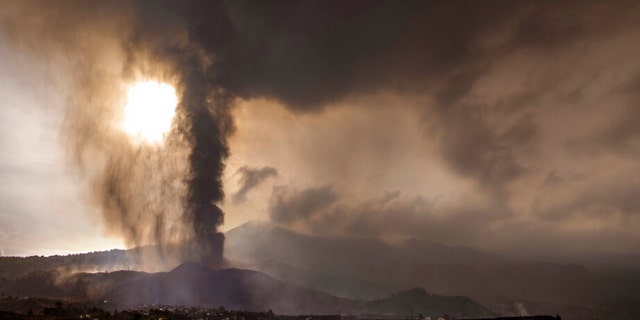 Lava from a volcano eruption flows on the island of La Palma in the Canaries, Spain, Wednesday, Sept. 22, 2021.
(AP Photo/Emilio Morenatti)

Spain’s King Felipe VI and Queen Letizia are scheduled to visit the area on Thursday. 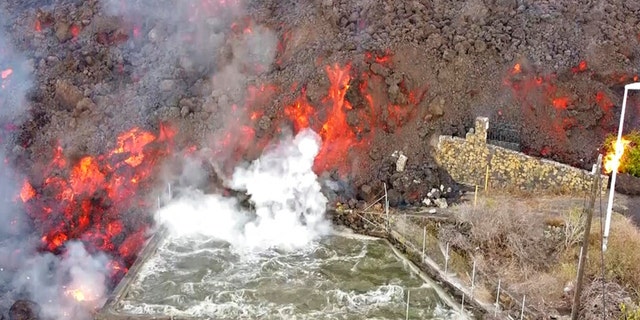 Hot lava reaches a balsa normally used for for irrigation after an eruption of a volcano on the island of La Palma in the Canaries, Spain, Monday Sept. 20, 2021.
(Europa Press via AP)

Sunday’s event was the second volcanic eruption in 50 years for the island and was preceded by a 4.2-magnitude earthquake after researchers detected a swarm of more than 20,000 small earthquakes occurring the week before.

The last eruption on the island was in 1971 and lasted for more than three weeks.