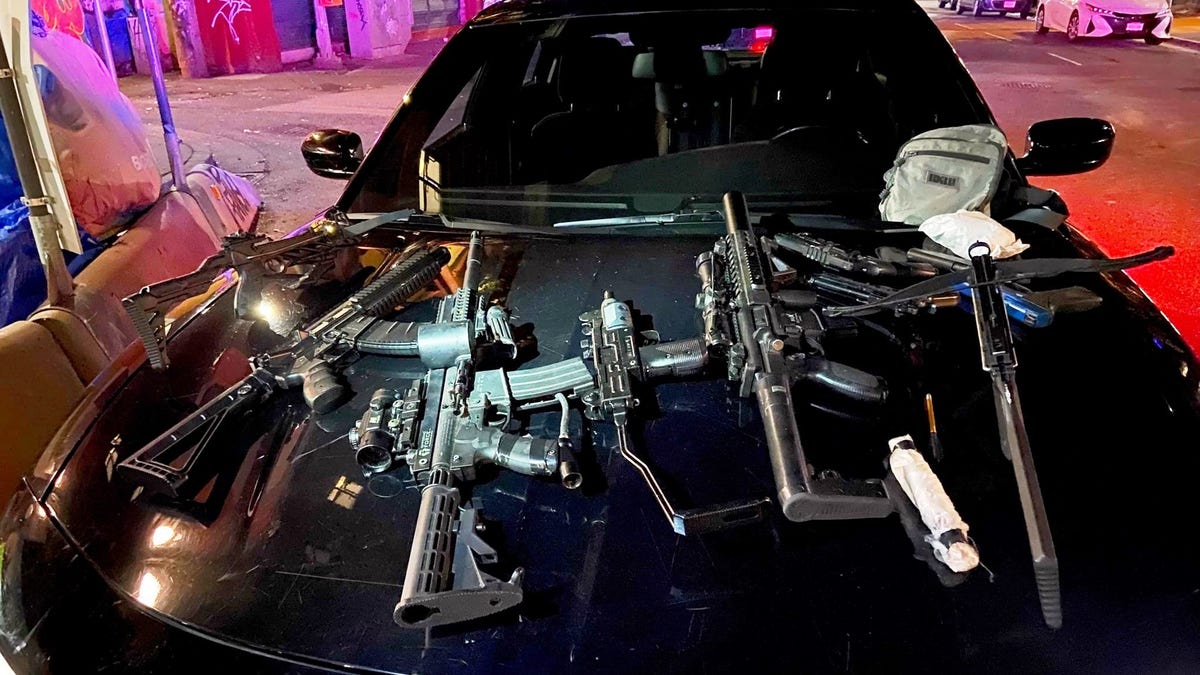 Candian police found an incredible weapons cache after searching for a suspect who shot a homeless man in the leg with an arrow.

The victim, 22, was standing outside a Vancouver women’s center when an arrow struck him clean through the leg, lodged right below his kneecap. He walked down the block, with the arrow still in place, and sought help at a safe injection site. 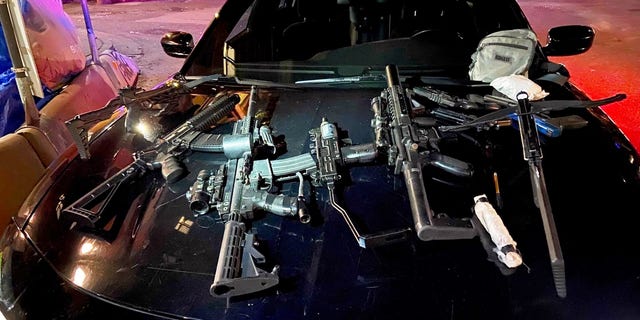 A weapons cache confiscated by police officers Friday night. Vancouver Police are investigating another random attack on a homeless man, who was shot with an arrow that someone fired from a Downtown Eastside building last night.
(Courtesy Vancouver Police Department)

Police say the injury is non-life-threatening, but his knee will be sore for several days, CTV News reported.

The attack appears to be random, according to Sgt. Steve Addison. Investigators searched buildings in the area and discovered a “cache of real and imitation weapons” including crossbows, replica assault rifles, scopes, lights and lasers.

“The level of callousness and disregard is shocking,” Addison said. “All signs point to this being a random attack, and we’re incredibly concerned because the victim was already one of our community’s most vulnerable.”

“We’re continuing to collect evidence and are working hard to identify the shooter,” he added.

Police could not say if the weapons cache was related to the incident, but they believe the suspect fled the building before officers arrived, CBC reported.

This is the second attack on a homeless person in Vancouver in as many months: A man in his 20s struck and chased a homeless man in July.

Police do not believe the two incidents are linked, but Addison noted the nature of the attacks and stressed that officers are concerned about future attacks on such a vulnerable population.

“We know that homeless and unsheltered people are already more likely to be victims of crime than those who are housed,” Addison said. “We are doing everything possible to identify the people who did this and hold them accountable.”