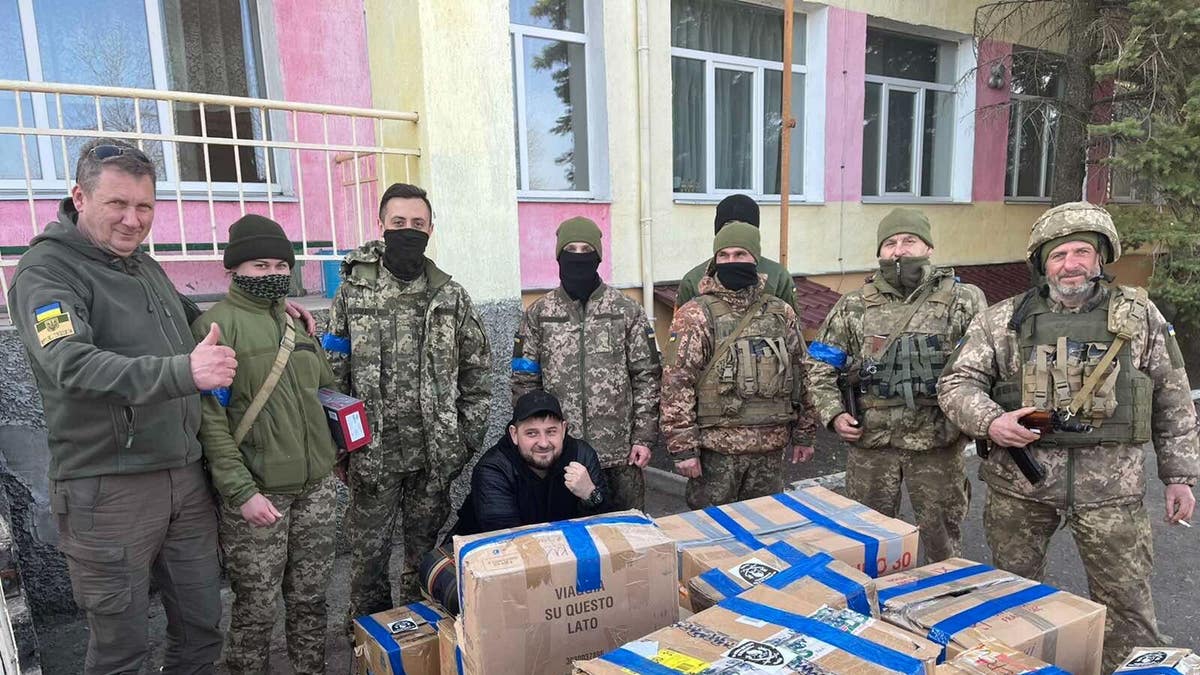 A Ukrainian charity received a whopping donation of roughly $400,000-worth of tactical and defensive gear from Arizona as part of an effort to alleviate supply shortages in the war against Russia.

Ihor Koval, 58, was born in Ukraine and served in the Soviet Army prior to its dissolution in 1992. He later moved to America and raised a family, but he returned when conflict erupted in Donetsk in 2014 to help supply troops on the front lines through his charity, Evil Cannot Enter Heaven.

The Koval family established an American extension of the charity, which can accept donations through its website or via texting UKRAINE to 56512 or at 1-866-447-6645.

Arizona Gov. Doug Ducey, a Republican, organized the collection and shipment of surplus vests and armor to Ukraine through Ihor Koval’s charity, amassing over 9,000 pounds – roughly 17 palettes – of equipment.

“We received a letter from the Arizona governor, directly to us, with pictures of them,” Roman Koval, Ihor’s son, told Fox News Digital.

“We’ve also been in contact with several other state DEMAs, which is a work in progress,” Roman Koval told Fox. “We’ve had the opportunity to connect with people who are sending anything from $2000 to $5000 in equipment or funds.”

He also mentioned people giving “whatever they can.”

“The DEMA, when they organized it, they sent over 900 bulletproof vests, helmets and a ton of tactical equipment, meaning non-lethal aid like boots and clothing,” he added. He estimated that the total the charity raised on its own amounted to $75,000, but the sizable Arizona donations have been incredible.

Ihor Koval, who remains in Lviv, Ukraine to coordinate the distribution of gear to the front lines, said his family has been buying up what they can with the donations while he buys more tactical gear – including night vision and thermal vision goggles, Kevlar vests and thermal underpants.

He has brushed up against some violence during his deliveries, including a near-miss with the explosion at the train station in Kramatorsk.

“On the way back, when I was returning … about a quarter-mile away, we were held up about three minutes at the post, because one of the soldiers wanted to bring something back to Lviv for him, and we heard this explosion,” Ihor Koval said. “As we found out later, that was just around the corner at the railroad station.”

The list of the required equipment has evolved, with troops needing knee pads and body armor, but also generators, phones, pants and general uniforms and clothing.

“Yesterday in Poland I bought thermal underwear, boots, socks…mostly everything is going for optics, binoculars, that sort of thing,” he said.

The fighting in Ukraine has shifted eastward after Russia failed to take Kyiv following a month-long siege, meaning the fighting will continue in the very region that first prompted Ihor Koval to start his charity and join the war effort.

“It is exactly in the same villages I was going to in 2014 – same area, and they’re holding the line very well,” he said, adding that the Ukrainians are not “giving up one bit.”