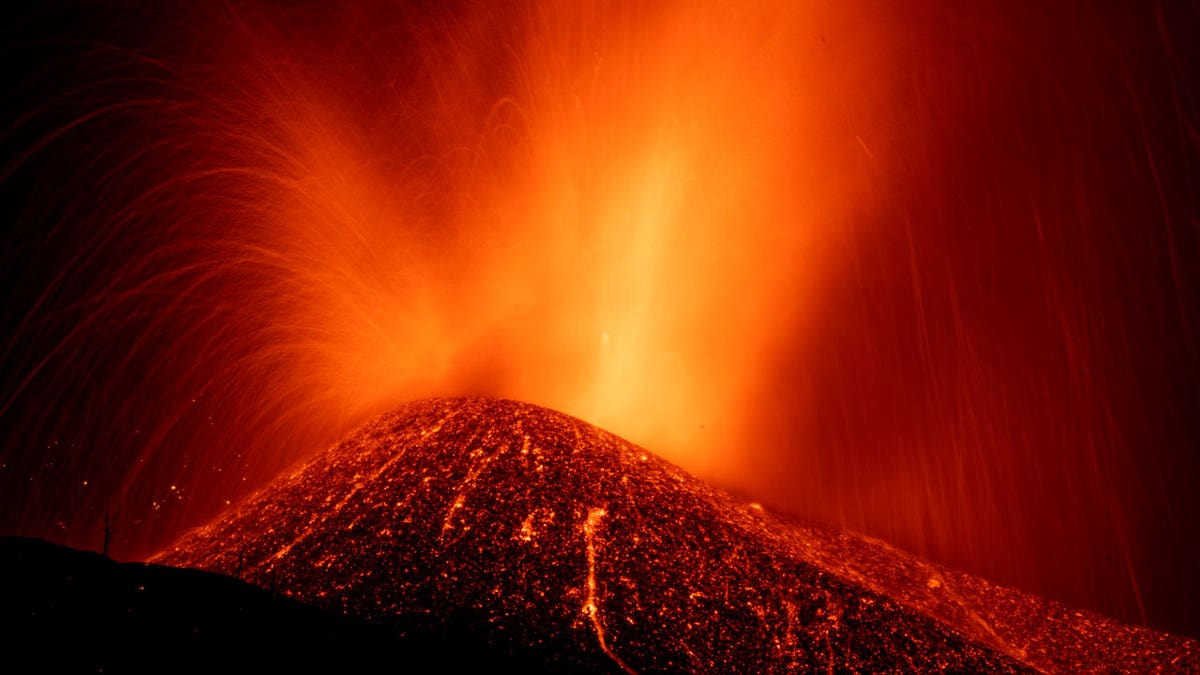 The advance of lava from a volcanic eruption in Spain’s Canary Islands has slowed significantly, raising doubts Thursday about whether it will fan out across the land and destroy more homes instead of flowing into the sea.

A giant river of lava slowed to four meters (13 feet) per hour after reaching a plain on Wednesday. On Monday, a day after the eruption on the island of La Palma, it was moving at 700 meters (2,300 feet) per hour.

The lava’s slowing pace bought time for more residents of towns in its path to grab belongings, with the Guardia Civil police force escorting them to their homes in Todoque, close to the coast, on Thursday morning.

The Guardia Civil said seismic activity in the area, which surged before the eruption and has remained strong, has stabilized.

Molten lava, ash and smoke continued to pour from the volcano’s mouth, shooting up to 4,200 meters (nearly 14,000 feet) high, the Canary Islands Volcanology Institute said. That raised concerns about whether airspace above the island could remain open.

ENAIRE, which manages Spain’s airspace, said two areas above the affected area are being declared no-fly zones to allow emergency services to operate freely. Some flights into and out of La Palma were delayed early Thursday.

The Emergency Military Unit deployed on the island said the readings it has taken of the air found no threat to health. 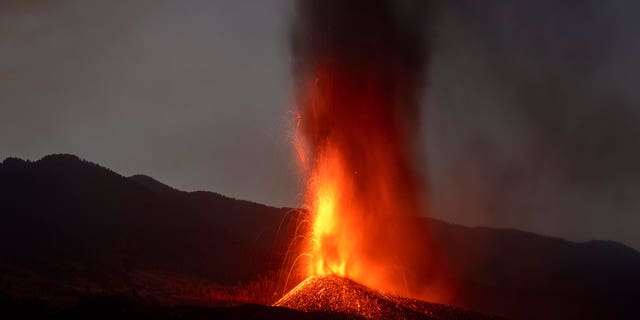 Lava from a volcano eruption flows on the island of La Palma in the Canaries, Spain, Thursday, Sept. 23, 2021. A volcano on a small Spanish island in the Atlantic Ocean erupted on Sunday, forcing the evacuation of thousands of people. Experts say the volcanic eruption and its aftermath on a Spanish island could last for up to 84 days. (AP Photo/Emilio Morenatti)
(AP Photo/Emilio Morenatti)

Authorities haven’t reported any casualties from the eruption, though damage to property, infrastructure and farmland is expected to be significant.

Scientists were monitoring the volcano activity and had warned of a possible eruption. That allowed almost 7,000 people to be evacuated in time.

Officials had initially expressed fears about what would happen when the lava reached the Atlantic Ocean. The lava, whose temperature exceeds 1,000 C (more than 1,800 F), could cause explosions, trigger landslides and produce clouds of toxic gas when it hits the ocean, experts say.

The eruption and its aftermath could last for up to almost three months, according to the Volcanology Institute.

Spain’s king and queen, and the Spanish prime minister, were due to visit the affected area Thursday.

Life on the rest of La Palma, which is roughly 35 kilometers (22 miles) long and 20 kilometers (12 miles) wide at its broadest point, has been largely unaffected, with undeterred tourists landing for previously scheduled vacations.

The Canary Islands are a popular destination for European tourists due to their mild year-round climate.