Kazakh leader ordered use of lethal force on ‘terrorists’ 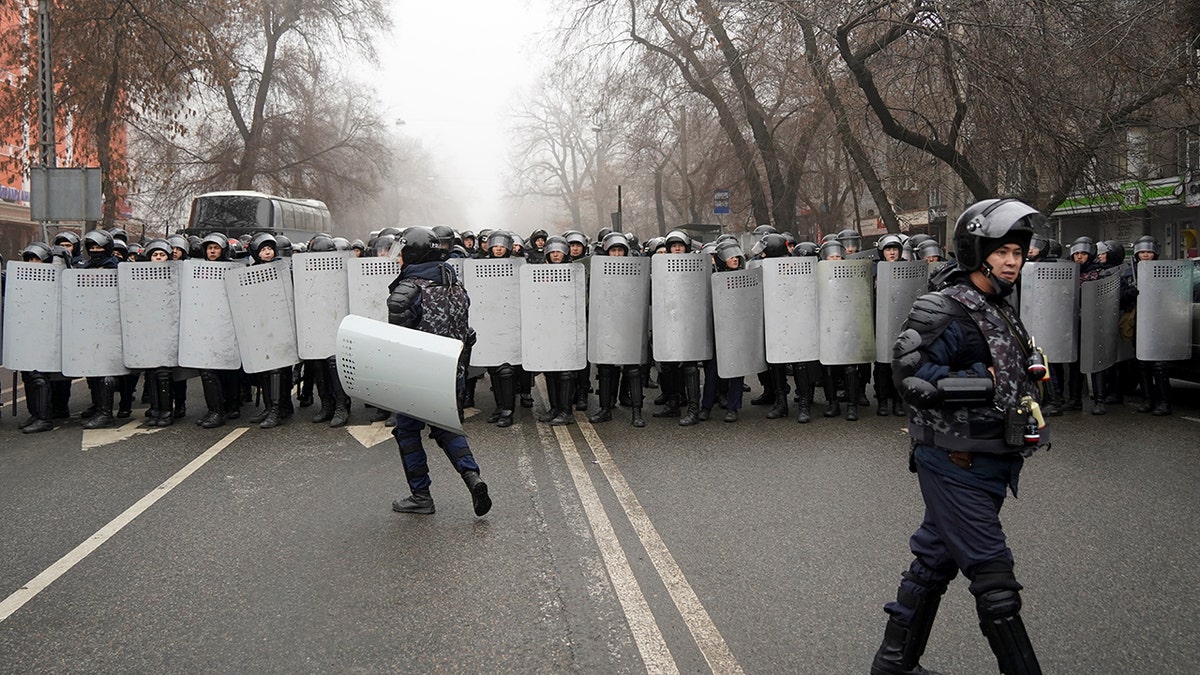 The president of Kazakhstan said Friday he authorized law enforcement to open fire on “terrorists” and shoot to kill, a move that comes after days of extremely violent protests in the former Soviet nation.

In a televised address to the nation, Kassym-Jomart Tokayev blamed the unrest on “terrorists” and “militants” and said that he had authorized the use of lethal force against them.

“Those who don’t surrender will be eliminated,” Tokayev said. 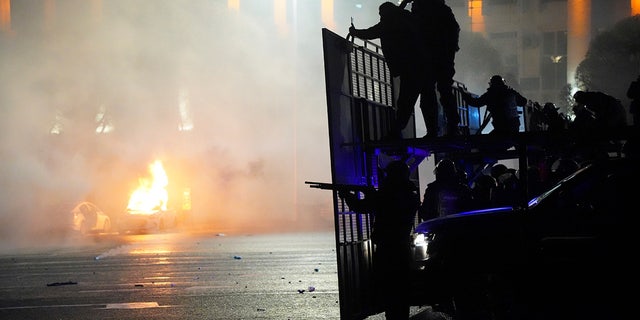 A police car on fire as riot police prepare to stop protesters in the center of Almaty, Kazakhstan, Wednesday, Jan. 5, 2022.
((AP Photo/Vladimir Tretyakov)

He also blasted calls for talks with the protesters made by some other countries as “nonsense.” “What negotiations can be held with criminals, murderers?” Tokayev said.

Kazakhstan’s Interior Ministry reported Friday that 26 protesters had been killed during the unrest, 18 were wounded and more than 3,000 people have been detained. A total of 18 law enforcement officers were reported killed as well, and over 700 sustained injuries.

Kazakhstan is experiencing the worst street protests since the country gained independence three decades ago. The demonstrations began over a near-doubling of prices for a type of vehicle fuel and quickly spread across the country, reflecting wider discontent over the rule of the same party since independence.

Protests have turned extremely violent, with government buildings set ablaze and scores of protesters and more than a dozen law enforcement officers killed. Internet across the country has been shut down, and two airports closed, including one in Almaty, the country’s largest city.

In a concession, the government on Thursday announced a 180-day price cap on vehicle fuel and a moratorium on utility rate increases. Tokayev has vacillated between trying to mollify the protesters, including accepting the resignation of his government, and promising harsh measures to quell the unrest, which he blamed on “terrorist bands.”

In what was seen as one such measure, the president has called on a Russia-led military alliance for help.

The alliance, the Collective Security Treaty Organization, includes the former Soviet republics of Kazakhstan, Belarus, Armenia, Tajikistan and Kyrgyzstan and has started deploying troops to Kazakhstan for a peacekeeping mission.

Kazakh officials have insisted that the troops will not be fighting the demonstrators, and instead will take on guarding government institutions.

A man takes a photo of windows of a police kiosk damaged by demonstrators during a protest in Almaty, Kazakhstan, Wednesday, Jan. 5, 2022.
(AP Photo/Vladimir Tretyakov)

On Friday, Tokayev declared that constitutional order was “mainly restored in all regions of the country” and that “local authorities are in control of the situation.”

The president added, however, that “terrorists are still using weapons and are damaging people’s property” and that “counterterrorist actions” should be continued.

Skirmishes in Almaty were still reported on Friday morning. Russia’s state news agency Tass reported that the building occupied by the Kazakh branch of the Mir broadcaster, funded by several former Soviet states, was on fire.

However, the Almaty airport — stormed and seized earlier by the protesters — was back under the control of Kazakh law enforcement and CSTO peacekeepers, Russian Defense Ministry spokesman Maj. Gen. Igor Konashenkov said Friday. The airport will remain shut until Friday evening, local TV station Khabar 24 reported, citing the airport’s spokespeople.

In other parts of the country some things started to go back to normal. In the capital, Nur-Sultan, access to the internet has been partially restored, and train traffic has been resumed across Kazakhstan.

The airport in the capital is operating as usual, Khabar 24 reported. According to the TV channel, airlines will resume domestic flights to the cities of Shymkent, Turkestan and Atyrau, as well as flights to Moscow and Dubai, starting from 3 p.m. (0900 GMT).