Inside a Shanghai mass quarantine center: No showers, lights on 24/7 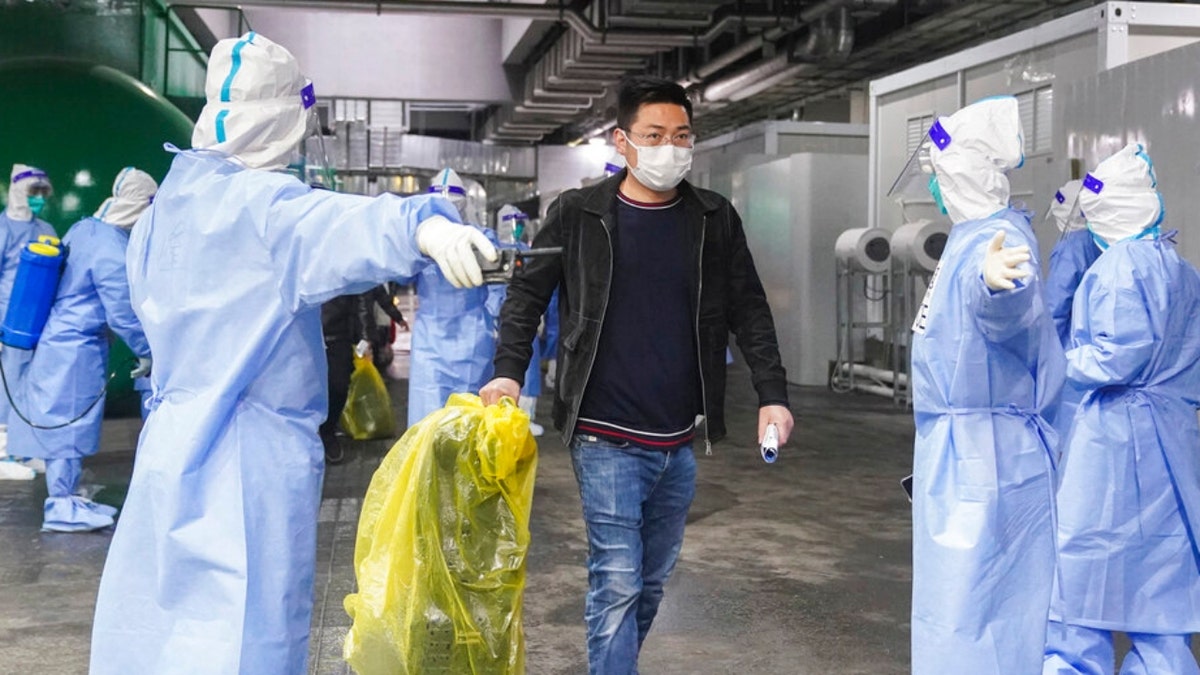 After testing positive for Covid-19, she was forced to live under 24/7 lighting in a Shanghai exhibition center along with thousands of strangers and the din of their chatter and mobile phones.

The 30-year-old Ukraine national was released from the makeshift government quarantine facility Friday, after three negative tests in the past week. The experience, she said, made her feel like a “Covid criminal.”

Arriving back at her apartment she shares with her boyfriend, Ms. Polubotko said she first let worried friends know she was home. Next on the list: a long, hot shower after 18 days without one at the center. She was relishing the silence and privacy of her home—and being in control of her own bedroom light.

“Hearing nothing but silence and being able to adjust my own lighting,” Ms. Polubotko said. “I won’t take these things for granted again.”

By testing all 25 million residents and isolating positive cases, authorities hoped to break the virus’s chains of transmission. Officials raced to convert buildings, such as the convention center where Ms. Polubotko was sent, into so-called fangcang—or square-cabin—hospitals to cope with the inevitable surge in compulsory quarantines.

China doesn’t make public the total number of people in its isolation facilities, but official data published Friday show there were more than 270,000 asymptomatic cases nationwide under medical observation. It couldn’t be determined how many are in government centers, and there are signs that, as these fill up, more people are being allowed to quarantine at home.

Shanghai has built more than 100 makeshift hospitals with a total capacity of more than 160,000 beds for Covid-positive individuals with mild or no symptoms, according to state media. The city had 7,776 people hospitalized and more than 220,000 under medical observation, China Daily reported Thursday.

The policy of sending positive cases into quarantine facilities is contentious, especially since most people have only mild symptoms, if any at all. Some now say they are more frightened of being confined in a fangcang than of catching the disease. 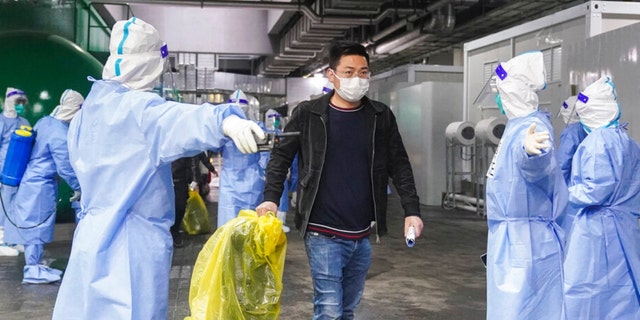 In this photo released by China’s Xinhua News Agency, COVID-19 patients leave a makeshift hospital at the National Exhibition and Convention Center in Shanghai, Thursday, April 14, 2022. Anti-virus controls that shut down some of China’s biggest cities and fueled public irritation are spreading as infections rise, hurting a weak economy and prompting warnings of possible global shockwaves.
(Ding Ting/Xinhua via AP)

A request to the Shanghai government for comment went unanswered.

Ms. Polubotko said she woke up on March 26, a Saturday, with a headache and fever. She headed to a hospital to get a Covid test. The following day, with her symptoms already fading, she said the hospital called to say her test was abnormal, meaning she probably had Covid but needed further testing.

Official contact tracers called to find out whom she had met and where she had been, even demanding screenshots of where she had spent money. A friend she had lunch with in the days before her test was sent to hotel quarantine for two weeks, as one of her close contacts. Health workers came to Ms. Polubotko’s apartment to do more tests. She subsequently tested positive.

After handing off her foster cat, Diva, to a friend, she was taken the next evening by ambulance to the 11.5-hectare (28-acre) Shanghai World Expo Exhibition & Convention Center complex, where at least one hall had recently been turned into a fangcang housing about 4,000 people—according to a rough head count by Ms. Polubotko of people in her hall, H1.

In a video tour of H1’s 24 “districts” that Ms. Polubotko gave The Wall Street Journal, chest-high partitions similar to the cubicles found in open-plan offices can be seen dividing the hall and stretching into the distance.

Two people share each of the boxed-off areas, which have two beds. Men and women are assigned to different zones within the hall, though they share a bathroom area that consists of lines of dozens of portable toilets. These are cleaned several times a day, Ms. Polubotko said, but the floor was always wet.

There is plenty of space to wander inside—Ms. Polubotko counts about 600 steps from where she slept—bed No. 138 in district 17—to the bathroom area. For a few hours each day, everyone can also go outside—though they remain behind a perimeter fence that is too high to see over.

Along with some personal items such as a toothbrush, she was given a plastic basin and a small towel when she arrived, which she used to freshen herself in the absence of showers. Over time, she picked up useful intelligence for making quarantine life easier. For example, the nurses’ stations in every district have items such as laundry detergent and feminine-hygiene products available, if requested. But it wasn’t until her last night that she discovered that they had ear plugs and sleeping pills too.

Ms. Polubotko had to adapt to the lack of privacy. She changed her clothes under the bed sheets; others made curtains from yellow trash bags for medical waste. Like many of her neighbors, she perched a cardboard box above her bed at night in a largely futile effort to block out the fluorescent lights.

For the first week, Ms. Polubotko said the mood inside the hall seemed lighter, with older women dancing and small groups of people playing cards. Some even ran laps inside the hall.

As time dragged on, it became harder to cope.

“The light is killing me—it’s my main enemy here,” she said in an interview, the day before her release.