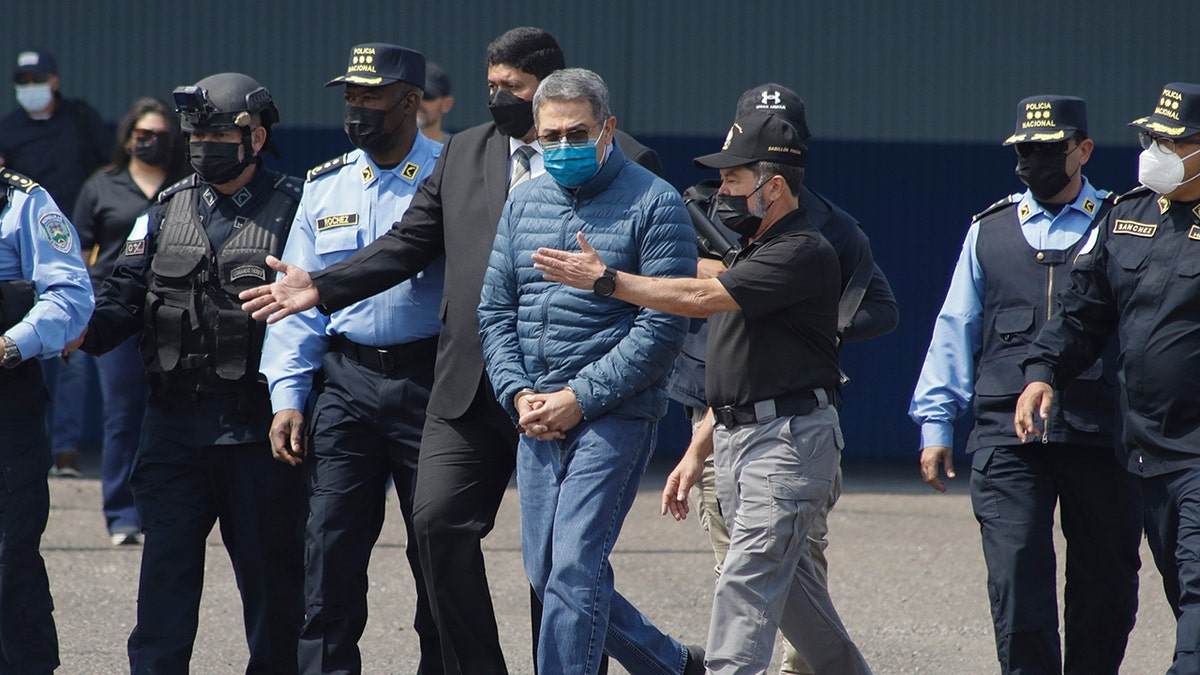 Hernández is accused of running a “narco-state” during his eight years in office and pocketing millions of dollars from drug cartels. 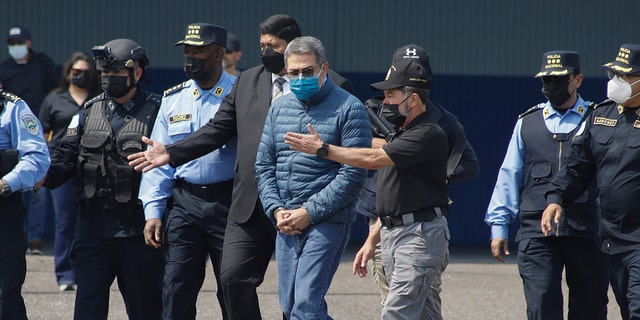 Former Honduran President Juan Orlando Hernandez, center, is taken in handcuffs to a waiting aircraft as he is extradited to the United States, at an Air Force base in Tegucigalpa, Honduras, Thursday, April 21, 2022.
(AP Photo/Elmer Martinez)

U.S. prosecutors allege Hernández participated in a “corrupt and violent drug-trafficking conspiracy” that moved more than 550 tons of cocaine to the United States.

U.S. Attorney General Merrick Garland said the former leader, who the U.S. once touted as an ally in the war on drug trafficking, “abused his power” while president.

He is accused of allowing cartels to operate in the country with “virtual impunity,” Garland said, and using the money to finance his political campaigns and participate in voter fraud.

“We allege that Hernández corrupted legitimate public institutions in the country — including parts of the national police, military and national Congress,” Garland said.

He added, “Drug trafficking fuels violent crime and addiction; it devastates families, and it ravages communities. The Justice Department is committed to disrupting the entire ecosystem of drug trafficking networks that harm the American people, no matter how far or how high we must go.”

A STUNNING FALL FOR EX-HONDURAN PRESIDENT, ARRESTED AT THE REQUEST OF THE US FOR DRUG TRAFFICKING 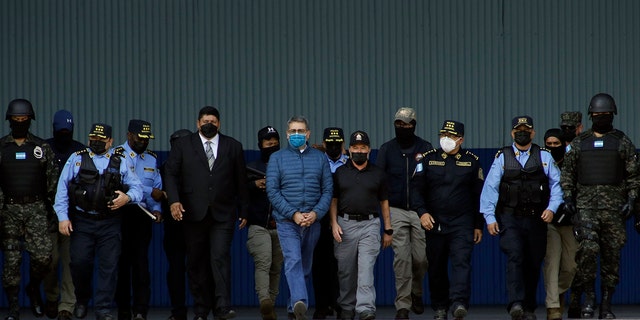 The former leader was succeeded by Xiomara Castro in January, who ran an anti-corruption campaign, specifically targeting Hernández, who took office in 2014.

A group of Hondurans were seen celebrating outside the airport as the plane taking Hernández to the U.S. took off on Thursday. Many citizens left the country during his presidency, accusing him of corruption, lack of job opportunities and complaining of rampant gang violence in Honduras.

Honduras’ Supreme Court denied Hernández’s appeal this week after a judge decided in favor of extradition. He has denied all the charges against him, claiming he’s the victim of drug traffickers he extradited during his presidency – and who subsequently testified against him – seeking revenge. 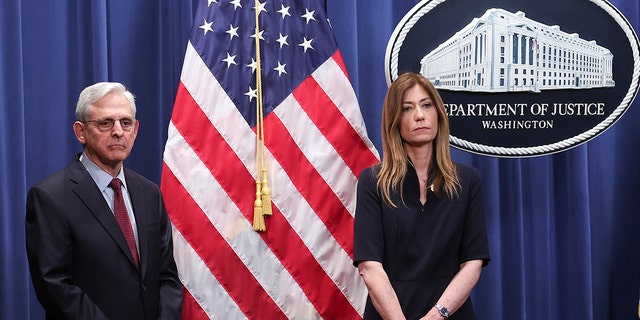 Attorney General Merrick Garland and Anne Milgram, administrator of the Drug Enforcement Administration, announce the extradition and unsealing of an indictment charging former Honduran President Juan Orlando Hernandez with participating in a cocaine-importation conspiracy and related firearms offenses, at the Department of Justice on Thursday, April 21, 2022 in Washington.
(Win McNamee/Pool via AP)

Hernández was arrested at his home in Tegucigalpa in February at the request of U.S. authorities. He arrived in New York overnight Thursday, according to reports on social media.

Last year, his brother Tony Hernández, a former Honduran congressman, was sentenced to life in prison in the Southern District of New York for drug trafficking, the same court where the former president faces charges.

On Wednesday, Honduras’ Supreme Court also denied an appeal from the former chief of the National Police, Juan Carlos Bonilla Valladares, better known as “El Tigre” or “The Tiger.” He was arrested at the request of U.S. prosecutors on similar charges and is expected to be extradited in the coming weeks.