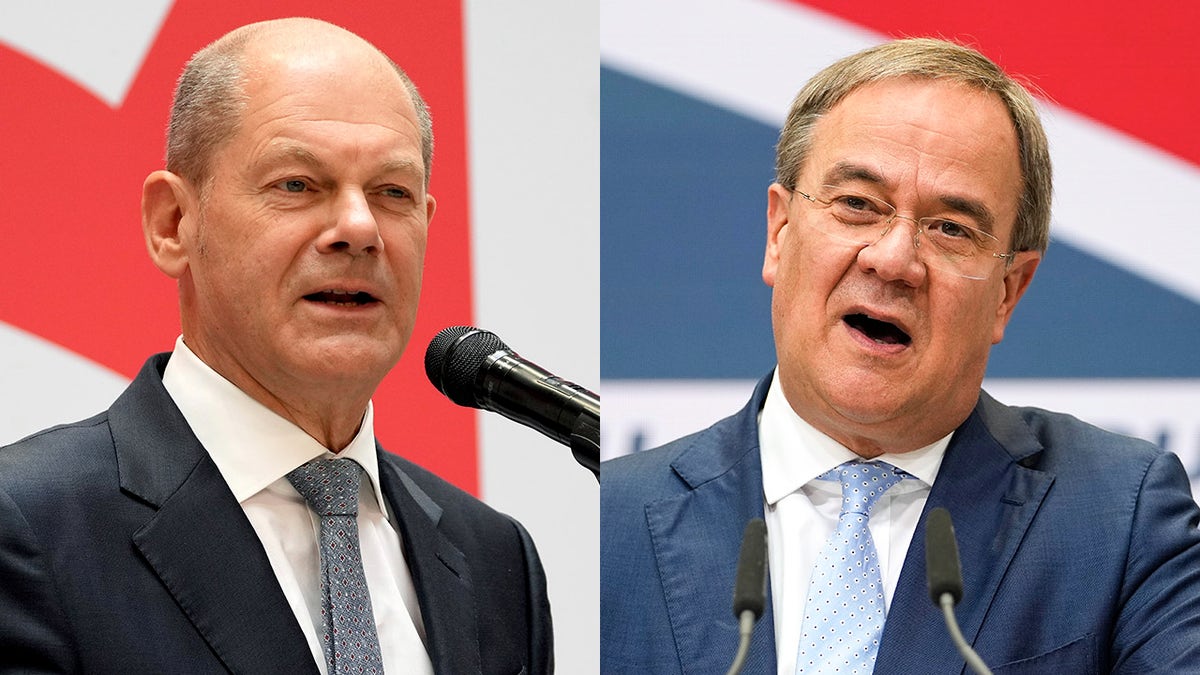 Germany‘s election ended in a narrow victory, with two parties believing they have the right to form a new government after both fell short of a majority.

The left-leaning Social Democratic Party (SPD) won the most seats and will begin negotiations to form a coalition government, with the Green or the Liberal Democrat parties as the front-runners.

GERMANY ELECTIONS: WHO WILL REPLACE ANGELA MERKEL? WHAT YOU NEED TO KNOW

SPD Leader Olaf Scholz said he has a “clear mandate” to form a government, but his rival Armin Laschet insisted he will be the one to form a coalition government instead, the BBC reported.

“It’s quite clear that we’ve got the mandate to form a government with the parties that saw their shares of the vote rise in this election – the SPD, the Greens and the FDP,” Scholz told party supporters in Berlin.

GAS CRISIS IN ENGLAND: WHAT TO KNOW

“We’ve got a clear mandate and we’ll try to form a government under conservative leadership,” Laschet said late on Sunday.

Any coalition deal would require the cooperation of the Green Party and FDP together, as a majority requires 368 votes.

The SPD’s victory over the CDU is its first in 19 years and only the third time in 20 post-war elections, The Independent reported.

Merkel warned that a socialist government could “strangulate” business and isolate Germany on a global scale, urging voters to think “about your future” as they headed to the polls.

The result, then, took some by surprise, with President Biden saying “I’ll be darned” when a reporter told him the result, Bloomberg reported.