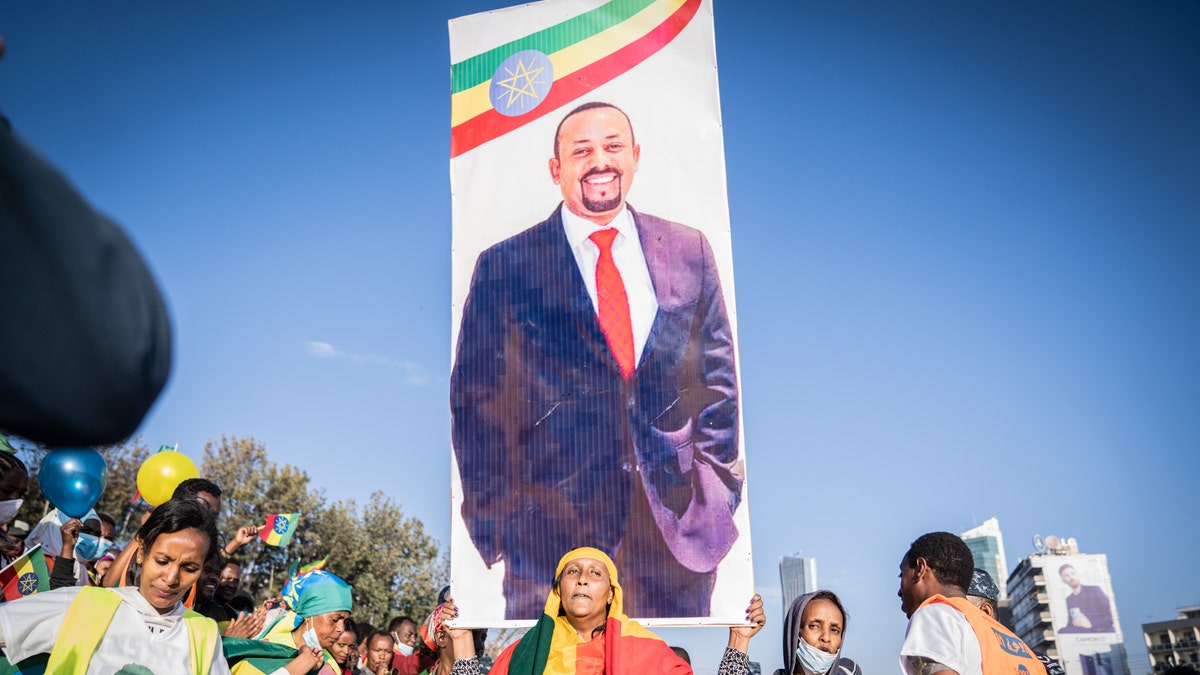 Ethiopia’s prime minister has thrown himself onto the front lines as violence nears the capital city of Addis Ababa, the government announced Wednesday.

The former soldier and Nobel peace prize laureate, Abiy Ahmed, reportedly said martyrdom might be necessary to squash the war that has plagued northern Ethiopia since November 2020, when Tigrayan militia attacked a federal military base. 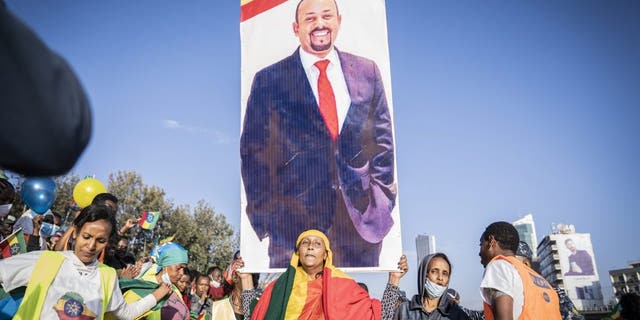 A woman holds up a banner of Ethiopian Prime minister Abiy Ahmed as a ceremony is held to support the Ethiopian military troops who is battling against the Tigrays People Liberation Front in Amhara Region on Nov. 7, 2021 in Addis Ababa, Ethiopia.
(Photo by Getty Images/Getty Images)

The conflict has spread to neighboring regions and an estimated 4 million people have been displaced across northern Ethiopia.

Thousands are believed to have been killed, though due to inconclusive reporting and blackout communication in certain regions, the actual death toll remains unclear.

The U.S. embassy in Ethiopia on Tuesday made another plea with all American citizens residing in the war-torn nation to leave while they still can on commercial airlines.

“Although the Embassy continues to process emergency passports and repatriation loans, and to provide other emergency services, the Embassy is unlikely to be able to assist U.S. citizens in Ethiopia with departure if commercial options become unavailable,” the statement added. 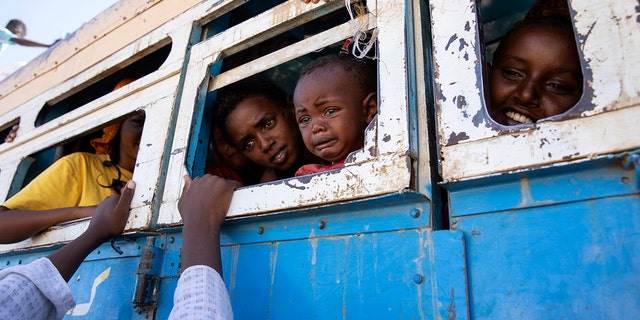 FILE – In this Tuesday, Dec. 1, 2020 file photo, refugees who fled the conflict in Ethiopia’s Tigray region ride a bus going to the Village 8 temporary shelter, near the Sudan-Ethiopia border, in Hamdayet, eastern Sudan. Life for civilians in Ethiopia’s embattled Tigray region has become "extremely alarming" as hunger grows and fighting remains an obstacle to reaching millions of people with aid, the United Nations said in a new report released late Thursday, Feb. 4, 2021. (AP Photo/Nariman El-Mofty, File)

The embassy confirmed that multiple airlines are still operating out of Bole International Airport, and said the U.S. government can assist Americans with booking flights by providing loans to cover ticket costs.

“If you are a U.S. citizen and delaying your departure because your non-U.S. citizen spouse or minor children do not have immigrant visas or U.S. passports, please contact us immediately,” the embassy urged.

The warning comes just one week after the Federal Aviation Administration (FAA) warned pilots still operating out of Bole International Airport – one of the largest airports in Africa – that they could be in the line of fire as violence has moved closer to Addis Ababa.

The agency advised piolets they could be “directly or indirectly exposed to ground weapons fire and/or surface-to-air fire” if they continue their flights from the Ethiopian capital.

The Ethiopian government has declined to say where along the front lines the prime minister currently is.