As omicron spreads, Europe scrambles to shore up health care 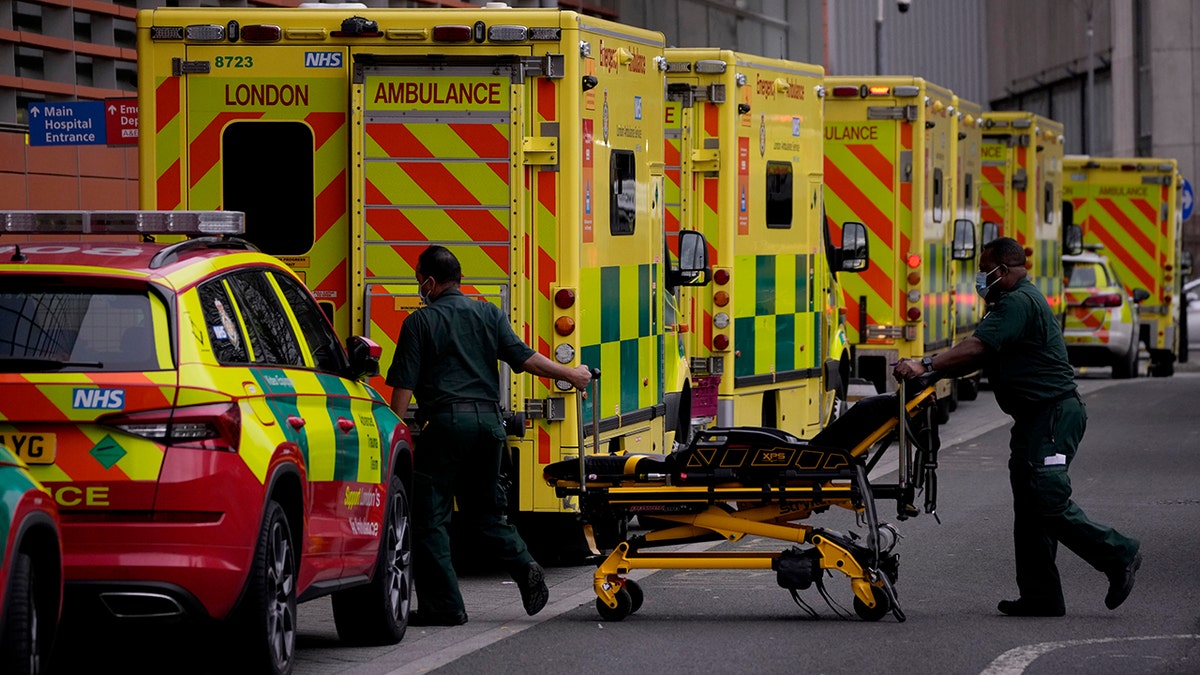 Troops have been deployed to London hospitals. Health care workers infected with COVID-19 are treating patients in France. The Netherlands is under a lockdown, and tented field hospitals have gone up in Sicily.

Nations across Europe are scrambling to prop up health systems strained by staff shortages blamed on the new, highly transmissible omicron variant of the coronavirus, which is sending a wave of infections crashing over the continent. 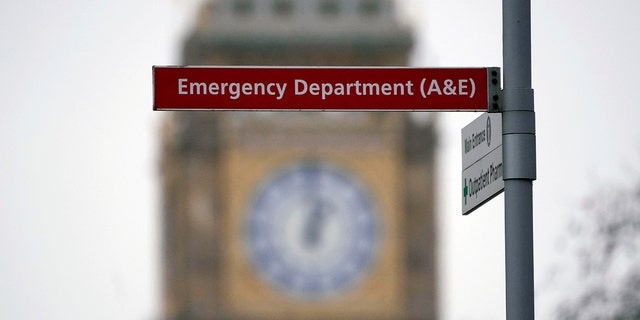 An Emergency Department sign at St Thomas’ Hospital is backdropped by the Elizabeth Tower of the Houses of Parliament, known as Big Ben, in London, Thursday, Jan. 6, 2022.
(AP Photo/Matt Dunham)

The World Health Organization said Thursday that a record 9.5 million COVID-19 cases were tallied globally over the last week, a 71% increase from the previous 7-day period. However, the number of weekly recorded deaths declined.

While omicron seems less severe than the delta variant it has swiftly usurped, especially among people who have been vaccinated, WHO Director-General Tedros Adhanom Ghebreyesus cautioned against treating it lightly.

“Just like previous variants, omicron is hospitalizing people, and it’s killing people,” he said. “In fact, the tsunami of cases is so huge and quick that it is overwhelming health systems around the world.”

That was evident Friday in London, where some 200 military personnel, including 40 medics, were being deployed to hospitals struggling to deliver vital care amid “exceptional” staff shortages blamed on the number of workers who are ill or isolating because of COVID-19.

A total of 39,142 NHS staff members at hospital trusts in England were absent for COVID-19 reasons on Jan. 2, up 59% from the previous week, according to figures released by the National Health Service in England.

The U.K. also has changed its coronavirus testing rules in a bid to reduce the amount of time people who test positive have to isolate.

Germany’s leaders were set to consider possible new restrictions and changes to quarantine rules on Friday.

French authorities this week began allowing health care workers who are infected with the coronavirus but have few or no symptoms to keep treating patients rather than self-isolate.

The Netherlands has been in a strict lockdown for weeks, a move designed to ease pressure on overburdened hospitals and to buy time for a slow-starting vaccination booster campaign to gather pace. Despite the lockdown, infections hit record numbers in the country this week.

In Palermo, Sicily, auxiliary facilities were set up in front of three hospitals to relieve the pressure on emergency rooms and to allow ambulance crews to get patients into beds instead of waiting in the parking lot. 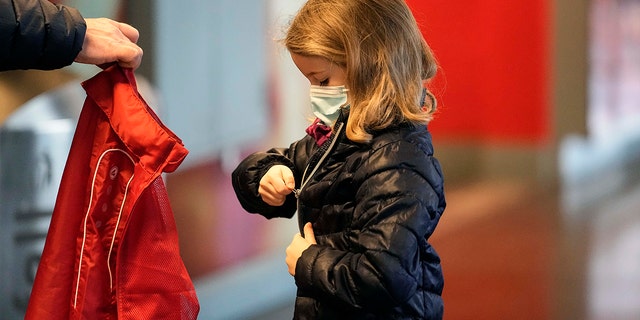 Six-year old Lotte puts on her jacket after she received her second coronavirus vaccination against the COVID-19 disease at the Laxness-Arena in Cologne, Germany, Friday, Jan. 7, 2022 where all participating children were rewarded for their vaccination.
(AP Photo/Martin Meissner)

Sicily’s reported COVID-19 caseload doubled in recent days, from around 6,000 a day to 14,000 on Thursday. The Italian island region has just under 1,000 people hospitalized with the virus. But Sicily’s hospital system, like those in much of southern Italy, is far less developed than northern facilities and is more easily overwhelmed.

The hospital system already is swamped in the southern Italian city of Naples. The head of the local hospital doctors’ association, Bruno Zuccarelli, appealed for the government to impose “drastic measures” so hospitals don’t have to resort to deciding which patients to treat and which to turn away.

“The situation is critical, much worse than what it appears,” Zuccarelli said in a statement. All of the city’s medical personnel, from ICU nurses to ambulance drivers, were under “unmanageable stress,” he said.

In the U.K., which reported nearly 180,000 new cases on Thursday alone, omicron’s advance has forced many workers to stay home and prompted the government to send in the troops.

“The men and women of our armed forces are once again stepping up to support their dedicated colleagues in the NHS as they work hand-in-hand to protect the nation from COVID-19,” Defense Secretary Ben Wallace said.

Health service leaders said the military deployment highlighted how the country is battling to stay on top of the pandemic.

“We have never known this level of staff absence before,” Chaand Nagpaul, council chairman of the British Medical Association, told Sky News.

Across England, hospitals have declared “critical incidents” due to staff shortages and postponed planned surgeries.

“This is not normal, and therefore, the government does need to recognize this is clearly an NHS under extreme pressure, and the living reality sadly for thousands of patients is that they’re suffering the consequences of such pressures and also staff absence,” Nagpaul said. 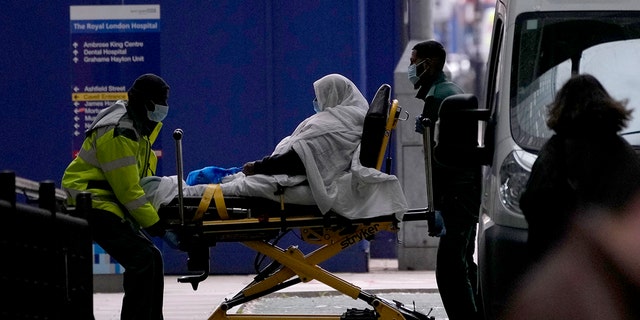 A patient is pushed on a trolley outside the Royal London Hospital in the Whitechapel area of east London, Thursday, Jan. 6, 2022.
(AP Photo/Matt Dunham)

Air Commodore John Lyle told the BBC that the military remains in discussion about providing support for the NHS in other parts of the country besides the capital.

“We can’t really forecast too far ahead, but certainly, throughout this current surge, we know that it’s particularly difficult in London at the minute but we are aware that this is impacting all across the United Kingdom,” he said.

Nagpaul urged action to bring down infections and better protect health care workers against the omicron variant, saying it was important that “the government doesn’t just wait to ride this out, because every day people are suffering.”