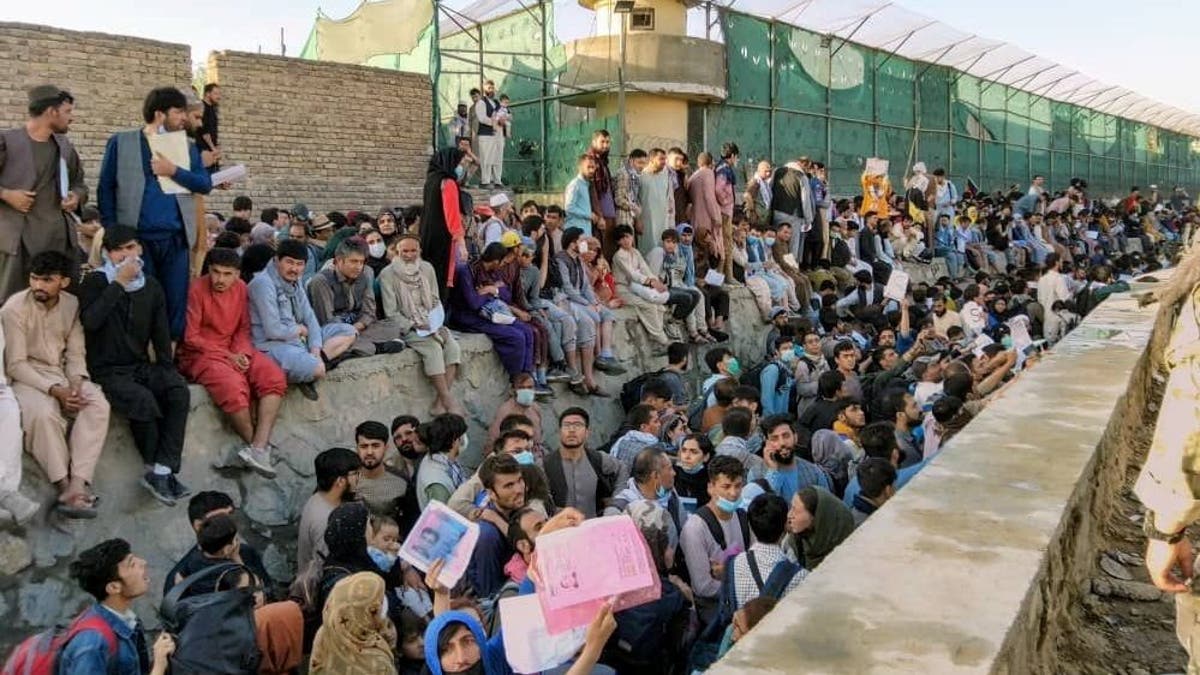 Airplanes repeatedly left Kabul with empty seats during the evacuation, yet more than 100 Americans and likely well over 100,000 Afghan allies were ultimately stranded in Afghanistan.

Meanwhile, American officials stopped many prescreened Afghans with credible documents, including some U.S. residents, from boarding aircraft, while others that hadn’t been vetted were allowed through, international aid experts told Fox News.

“Mistakes were being made by good-meaning people, but operating under very tough circumstances,” John Sifton, the Asia Advocacy Director for Human Rights Watch, told Fox News.

“The U.S. government did not have a plan going into this,” International Stability Operations Association President Howie Lind told Fox News. “It just turned into this haphazard — some got in, some didn’t.”

President Biden’s orders, along with the Taliban’s unexpectedly fast seizure of Afghanistan, were the primary factors that led to the rush, according to the experts.

And since the airlift ended, there have been reports that male refugees have sexually abused child brides, possibly married at the last minute in a desperate attempt to flee the country. Others were flagged after evacuation as possibly being ineligible for entry into the U.S., with some in limbo at military bases abroad.

Many abandoned Afghan allies, meanwhile, are in hiding from the Taliban.

“This is a prime example of what it looks like when we don’t have a game plan, when we do it fast and loose,” Rep. Yvette Herrell, a New Mexico Republican, told Fox News. 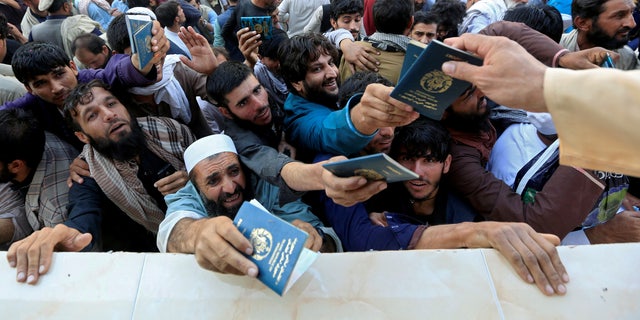 ‘Points directly back to the commander in chief’

Two major decisions by Biden, compounded with the Taliban’s sudden seizure of Kabul, led to the rush and consequential chaos at the city’s airport: failing to establish a plan to evacuate likely Taliban targets and abandoning Bagram Air Base.

Herrell said the chaos “points directly back to the commander in chief, the lack of leadership, the lack of a game plan.”

Rep. Peter Meijer, who traveled to Kabul during the airlift, said Biden repeatedly ignored veterans groups urging the administration to establish a plan to evacuate Afghan interpreters, who put their lives at risk helping the U.S. military fight the Taliban.

“This is tens of thousands of individuals … that we should have been evacuating since April when a bipartisan group of my colleagues in the House urged the administration to clear the backlog,” the Michigan Republican told Fox News.

“There was also an assumption that … we could take our sweet time,” Runde told Fox News. “There was also some ambivalence in the Biden administration.”

He also said the administration saw a need to keep experienced Afghans in governance of the country.

“If everybody left Afghanistan, who was going to run the country?” Runde said. “We need people to run the government, deliver services and fight the war.”

“Do we really want all these people bugging out?” he continued.

Ultimately, it meant that a significant number of people were suddenly desperate to leave Afghanistan once it became apparent that the Taliban would take Kabul.

“The airlift was happening sooner than anybody anticipated,” Sifton told Fox News. “While many people predicted the collapse, imminent collapse, I think the speed took almost everybody, perhaps even the Taliban, by surprise.”

Since the U.S. abandoned Bagram, the Taliban’s sweep across the nation meant that the Kabul airport was the only realistic means of escape, given the dangers associated with land routes, as Fox News previously reported.

Bagram “would have been the easiest way to evacuate American citizens as well as allies,” Lind told Fox News.

“With the fall of Kabul on Aug. 15, it just turned into a massive hysteria over there with people trying to get out,” he said.

U.S. officials consequently faced a rush of people seeking evacuation while trying to keep up with ever-changing lists of names approved for the airlift, according to the international aid experts.

“What was going on was the typical chaos of a bureaucracy under the strain of immense crisis,” Sifton told Fox News. “People at checkpoints hadn’t slept well in days, couldn’t read the names properly or read the first name as the last name.”

Consequently, some eligible for evacuation were barred from aircraft, while others who were unapproved were permitted, according to Sifton and Lind.

“There were random people getting through that that were not cleared and then others who were cleared could not get through,” Lind told Fox News. “It was just chaos.” 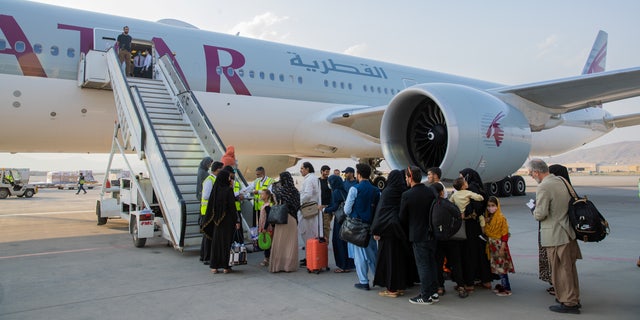 Afghan passengers are pictured in-front of a Qatar Airways airplane at Kabul International Airport, in Kabul, Afghanistan September 19, 2021. Qatar’s Ministry of Foreign Affairs/Handout via REUTERS ATTENTION EDITORS – THIS IMAGE HAS BEEN SUPPLIED BY A THIRD PARTY. NO RESALES. NO ARCHIVES.

The rush of people also created challenges for the people trying to flee.

Even after getting past Taliban checkpoints, would-be evacuees had “to get past the hordes and crowds” which “sometimes took folks several hours, in some cases several days, to be able to push themselves to the front of these chaotic lines,” Meijer told Fox News.

“All while there’s gunfire above them, the Taliban trying to disperse individuals, or people got crushed to death in that crowd, folks who are collapsing because of heat, dehydration,” he continued. “It was an incredibly dangerous and chaotic scenario.”

“If you had young family members, if you weren’t in a position where you could wait for days or push through that crowd or you were being given conflicting instructions … actual verification stage at the gates became very challenging to reach,” Meijer said.

Additionally, the crowding at the airport made it a prime target for the ISIS-K attack.

“We were told early on before the evacuation started that they had looked at every scenario possible,” Herrell told Fox News. “They clearly didn’t. If they had, we wouldn’t have 13 Gold Star families for no reason whatsoever.”

‘Planes took off with empty seats’

U.S. officials’ mistakes meant Afghans with minimal screening were airlifted, while others that had already been vetted, including U.S. residents holding green cards, were prohibited from leaving.

“There was no chance to screen,” Runde said. “It was a chaotic process.”

“There are going to be a small handful of bad apples,” he added, noting that the fact that they’re being caught indicates that the vetting is working.

A single anonymous source told Politico in August that 705 of the over 120,000 evacuees were special visa holders, who would have been pre-screened. The Department of Defense denied the claim, but didn’t provide its own breakdown.

Additionally, more than 40 Afghans were flagged as potential national security risks, The Washington Post reported Sept. 10 – early on in the vetting process.

Some instances may be false flags, such as when a refugee shares the same name as an actual security risk, according to Meijer, the Michigan Republican. Those instances could be quickly cleared by comparing other information, such as their ages.

Nonetheless, Meijer and Herrell both sent separate letters to the Biden administration requesting more information about the vetting process for Afghan refugees.

Additionally, an investigation was recently launched at a refugee complex in Herrell’s district shortly following her interview with Fox News after a solider said Afghans sexually assaulted her.

Airlifting Afghans before rigorous screening presents another challenge: What should be done with refugees deemed ineligible for entry into the U.S.? 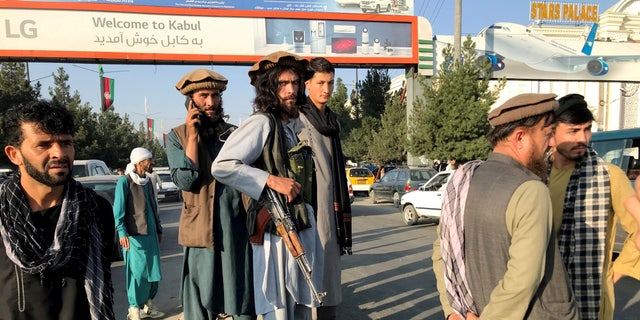 Sifton said they should be allowed entry into America if the U.S. officials missed the flag, so long as they aren’t a security threat.

“There’ll be cases like that and there’ll be hard truths about what to do in those cases,” he told Fox News. “If it was a mistake on the United States’ part, you’ve got to eat it.”

“Provided they’re not like a security risk or anything else, I think the United States has to just accept somebody because they’ve got nowhere else to go,” he added.

But others may need to be resettled into nations willing to take such refugees, according to the international aid experts. Ultimately, there could be a few Afghans indefinitely stranded at U.S. military bases abroad while officials decide what can be done with them.

In other instances, Afghans were erroneously left behind.

An Arlington, Virginia, resident visiting his native country, for example, couldn’t get past the crowds. Two of his kids were almost trampled.

“What does this green card even mean?” Javed Habibi, who was in contact with the U.S. government during the evacuation, said to the Associated Press. “Nothing. They did nothing.”

He and his family, including a U.S.-born daughter, were stranded after the U.S. completed its withdrawal.

The Biden administration has said many Americans left in Afghanistan stayed behind voluntarily. Many, however, remained because family members, sometimes elderly or sickly, couldn’t be airlifted with them.

“Planes took off with empty seats repeatedly,” Sifton told Fox News. “So it’s not the case that it was like ‘oh, we’re turning you away because there’s not enough space.’ That was not what was going on.”

There were people who stayed “because they couldn’t leave behind noncitizen family members,” he added. “Morally, they just couldn’t do it.”

As the U.S. wound down its airlift efforts, it became clear that many Afghans targeted by the Taliban would be left behind.

“President Biden didn’t start the war, but … we’re not doing a good job of ending it the way this evacuation is taking place,” Lind told Fox News.