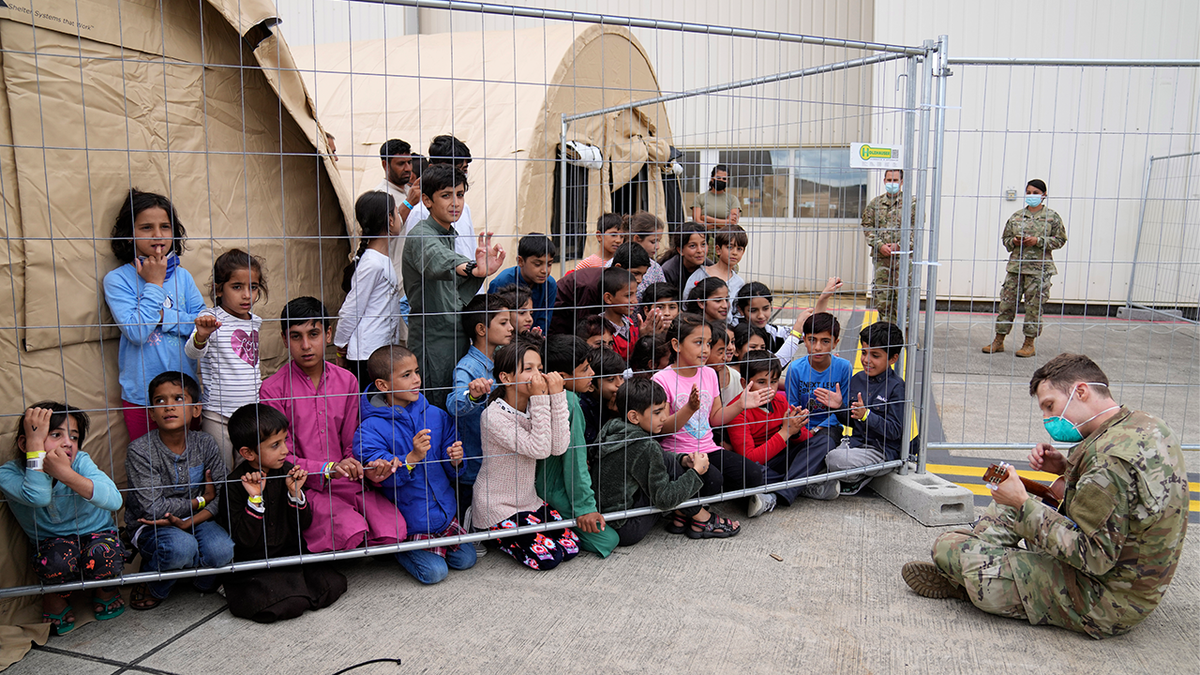 U.S. Afghan allies, many hiding from the Taliban and running out of food and water, could be stranded in Afghanistan for years unless they attempt the life-threatening journey to escape by land, international aid experts told Fox News.

Some Afghans may be able to get past the Taliban and eventually flee through chartered flights, the experts said. Others could be evacuated through humanitarian organizations, but those evacuations could take months or even years to establish without international pressure and would require negotiations with the Taliban.

An Afghan escaping through a land route could encounter as many as 20 Taliban checkpoints, hostile authorities at closed borders and, depending on the route, geographical challenges like snowcapped mountains, the experts said.

“It’s a very perilous journey, but for many people, they have no choice,” John Sifton, the Asia Advocacy Director for Human Rights Watch, told Fox News. “Stay and be killed by the Taliban or flee and try to make a new life somewhere else.”

HOW HUNDREDS OF AFGHANS WERE SAVED FROM THE TALIBAN BY VETERANS IN A DIGITAL DUNKIRK: THE LAST 96

Over 100,000, or possibly many more, Afghan partners remain in Afghanistan, along with around 100 American citizens and about 1,000 green cards holders. The Afghans left behind include interpreters who risked their lives fighting the Taliban while assisting the U.S. military, former government officials, human rights activists and employees of international organizations.

“They’re at heightened risk because of that work now,” Sifton told Fox News.

Many are hiding in safe houses or are constantly changing locations, said Rep. Peter Meijer, who traveled to Kabul during the U.S.’s August airlift. They ask neighbors whether anyone comes by asking for them.

“They are operating in a sense of incredible fear because nobody knows what the Taliban are going to do,” the Michigan Republican told Fox News.

“There’s already been a significant amount of retributive killings,” added Meijer, who served in the Army Reserve and later worked for a nonprofit in Afghanistan. “Folks are getting dragged out of their house and killed.”

He noted that those instances haven’t appeared to be systemic, and that it’s unclear whether Taliban leadership ordered targeted killings. The Taliban have promised amnesty for anyone who worked with the U.S.

But Meijer also said that, as the Taliban become more organized, fighters could go door-to-door to hunt people down or close hotels where they suspect targets are hiding.

International Stability Operations Association President Howie Lind said that many in hiding “are running out of food and water.”

“It’s really just becoming a desperate situation for them. Time is really of the essence here,” the retired Navy commander told Fox News. “We’ve got to get these people out.”

Center for Strategic & International Studies Senior Vice President Daniel Runde said “it will be a terrible moral stain” if the U.S. doesn’t help its Afghan allies escape. Both Sifton and Runde said America has “a special obligation” to ensure their safety.

‘Fleeing for their lives’

Afghans fearing Taliban retribution are forced to decide: stay in hiding or flee.

“Some will be able to navigate Taliban checkpoints to obtain access to airports, which may have a limited number of commercial or chartered flights in the future,” Sifton told Fox News. “But a lot of these people are going to flee over land and present themselves in various places bordering Afghanistan.”

“These people are quite literally without choice fleeing for their lives,” he added.

An Afghan migrant could face as many as 20 Taliban checkpoints during his journey, according to Runde.

At each one, money changes hands, and “you’re running the risk of somebody flagging you for who you are, what you did,” Sifton told Fox News.

While surrounding countries’ borders are closed, some Afghans may be able to get through. But if they encounter authorities, guards at many of the border nations are often dangerous and violent, according to Sifton.

Turkish authorities, for example, are “extraordinarily brutal with refugees,” he told Fox News.

“And then if somehow you do make it to an embassy, it’s going to take months to process some of these claims,” Sifton continued. “Where are you going to live? Can your kids go to school? What will you eat?”

Other nations or humanitarian organizations could also establish evacuations, but those could take months or even years to establish without international pressure, according to Runde. It would also require negotiation with the Taliban.

The best-case scenario would be if an independent organization, like the United Nations, acted as an intermediary, Sifton said. That would give Afghans safe passage out of the country without any need for the U.S. to pass names of would-be refugees to the Taliban.

Such groups could also form a land route out of the country, a so-called humanitarian corridor, that could provide protection from Taliban checkpoints and hostile border guards, Runde and Lind told Fox News.

Lind said the U.S. will need to write big checks to humanitarian groups for such missions.

“We cannot be seen as breaking faith with our Afghan partners,” he said.

Rep. Yvette Herrell compared it to “a hostage situation.”

“There will probably be some type of money exchanged in order to bring these people home safely,” the New Mexico Republican said. “And it did not have to be that way.”

Or, if other nations establish embassies in Afghanistan, Afghans could try to use those to claim asylum, Sifton said. They may be able to use them as pass-throughs as a means of getting to the U.S.

But these methods won’t be possible if the U.S. and the world at large make Afghanistan under Taliban rule a “hermit kingdom,” Sifton told Fox News.

“It’s easy to say, ‘Oh, we should just cut off the Taliban, cut off this country from the world,’ but we’re fast approaching a point where we need to recognize that despite being a loathsome, rights-abusing regime, we’re going to have to do business with these folks if we want to help the people we care about and help the Afghans who have gotten stuck behind,” Sifton said.

“You have to come together even with the most loathsome people to come to agreement about how to save innocent people or people at risk,” Sifton continued.

The need goes beyond fears of the Taliban retribution. The U.N.’s stockpiles of food in Afghanistan could soon run out, which could lead to a hunger crisis.

“The Taliban represent an abusive authority, a brutal regime that has killed people and repressed and plans to subjugate the human rights of millions of people in coming years,” Sifton told Fox News. “But none of that will matter to those people if they’re dead because of famine.”