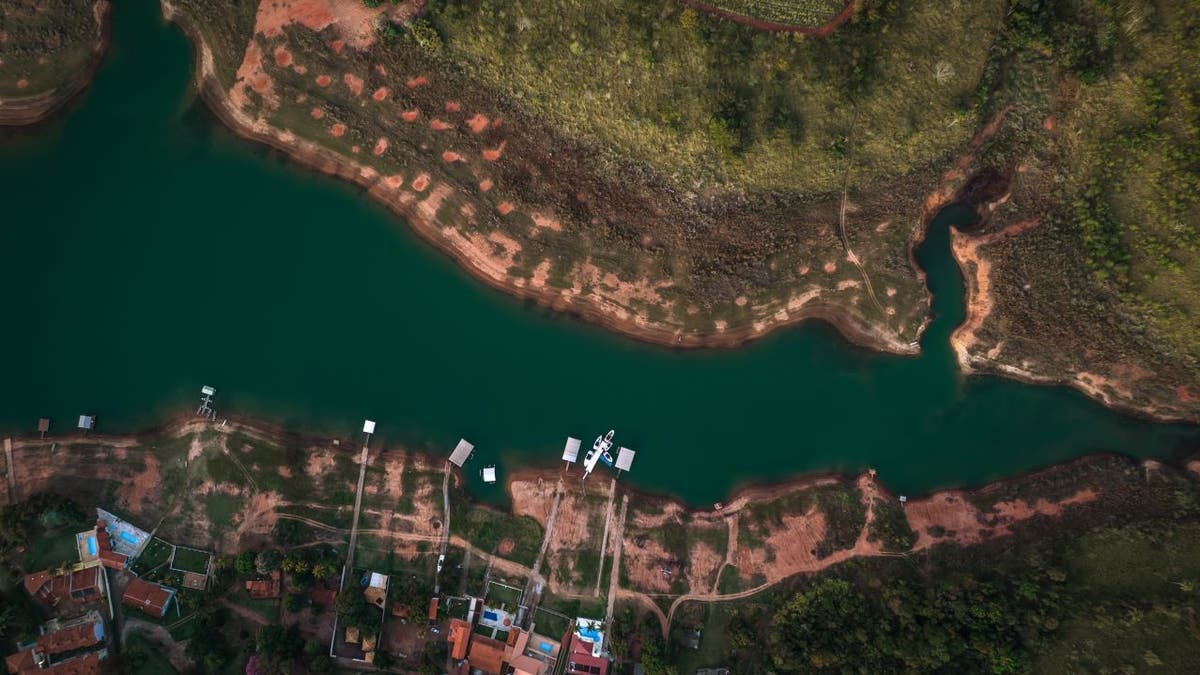 At least six people were killed and dozens injured after a massive rock formation collapsed on top of three boats in in an incident that was captured on video and posted on social media.

Brazilian authorities have confirmed the incident, which happened in the city of Capitolia in the Brazilian state of Minas Gerais on Saturday at Furnas Lake, .

As many as 20 people may be missing and officials are working to identify them, Edgard Estevo, commander of the Minas Gerais State Fire Department, said in a news conference. He said many of the injured had been released from the hospital by Saturday night. 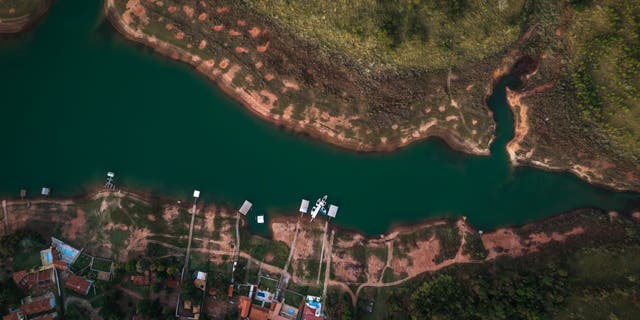 Low water levels in the Rio Grande River during a drought at the Furnas Reservoir in Furnas, Minas Gerais state, Brazil, on Monday, June 28, 2021. (Getty Images)

In the video posted on Twitter, a large portion of a cliff can be seen crashing into the water at a popular tourist attraction along the Rio Grande river, directly on top of several boats as horrified onlookers screamed. Furnas Lake was created in 1958 in conjunction with the development of a hydroelectric plant.

Estevo said the accident occurred between the towns of Sao Jose da Barra and Capitolio, from which the boats had left.

The Brazilian news portal G1 reports that firefighters believe a sudden downpour of rain caused the rocks to become dislocated and fall into the river. Helicopters and divers were deployed to help with the search and rescue. 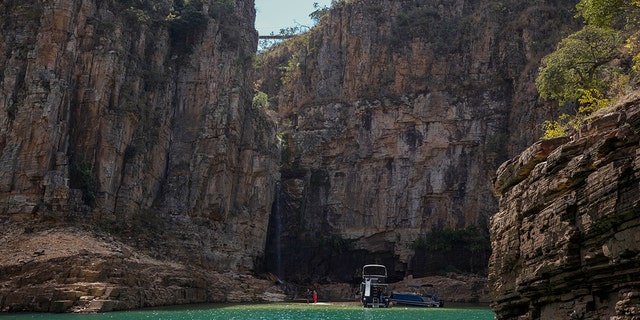 At least 32 people have reportedly been injured and it was believed that each boat involved was carrying 12 to 20 people, including children. 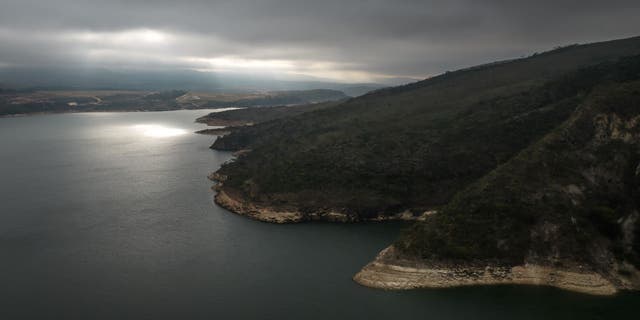 Low water levels in the Rio Grande River during a drought at the Furnas Reservoir in Furnas, Minas Gerais state, Brazil, on Tuesday, June 29, 2021. (Getty Images)

Rovilson Teixeira, who has worked in the area for six years, the Brazilian outlet OTempo he has never seen anything like it.

“We are all stunned, nobody knows how many victims, but I can already tell you that there were not one or two deaths, but many deaths,” he said. “There are a lot of hurt people. The region is full of ambulances that have come from other areas to pick up the victims, but no one yet realizes the scale of the tragedy here.”