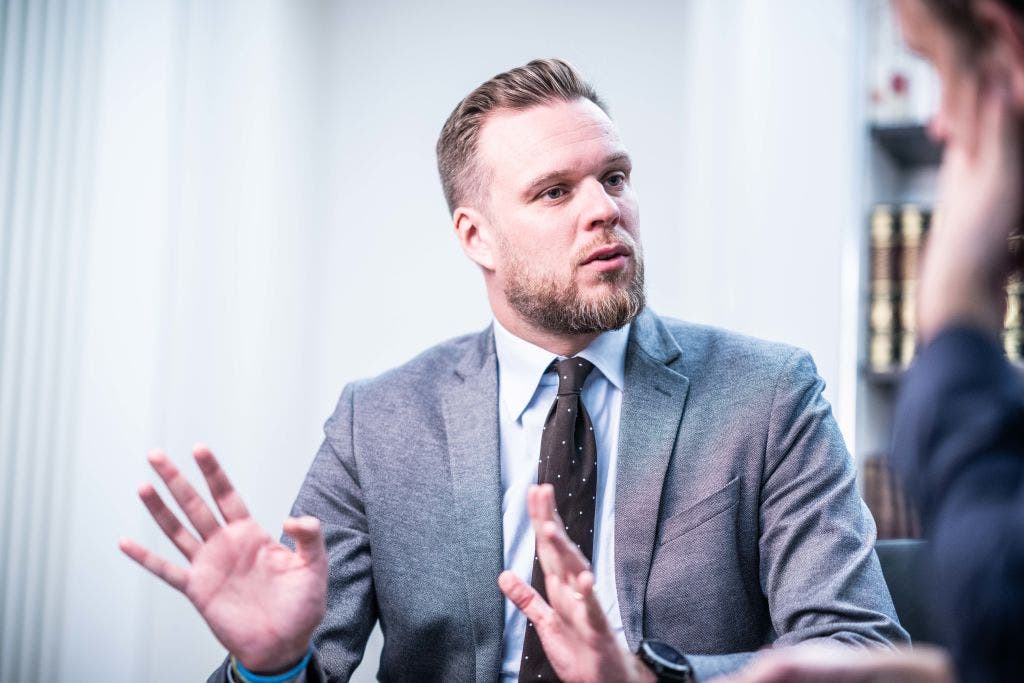 Lithuania commemorated its entry into NATO this last week and its long-standing partnership with the U.S. as leaders look ahead to the increasingly complex security landscape developing around the world.

President George W. Bush visited the Lithuanian capital of Vilnius 20 years ago to welcome the country into the still-growing NATO alliance, applauding the character of member states to “stand in the face of evil, to have the courage to always face danger.”

“President [George W.] Bush made the most famous speech any American has ever made in Lithuania exactly 20 years ago,” Lithuanian Foreign Minister Gabrielius Landsbergis told Fox News Digital in an exclusive interview. “That was even before we were a member of NATO, and it was probably the most important security guarantee that we got before Article Five started covering us with its umbrella.”

And no time in the past 20 years has seemed more dangerous to Europe than have the past nine months following Russia’s invasion of Ukraine.

Lithuania accepted approximately 67,000 Ukrainian nationals between Feb. 24 and Oct. 10. The country’s distance from both Ukraine and Russia does not provide much comfort since it instead borders Belarus, which has remained Russia’s staunchest ally during the invasion.

Landsbergis stressed the threat that Russia poses to Europe, but also Lithuania’s proactivity to remain prepared for what comes next. 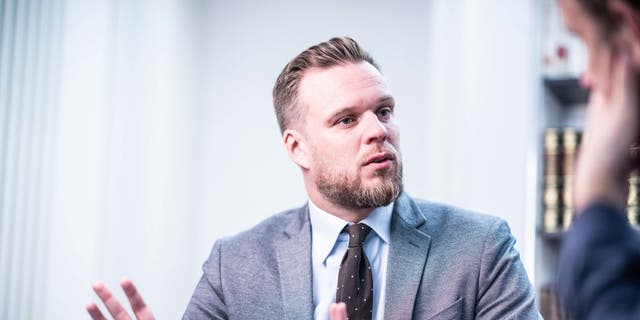 Gabrielius Landsbergis, Foreign Minister of Lithuania spoke with Fox News Digital on the difficult challenges facing his country from Russia and beyond.
(Photo by Michael Kappeler/picture alliance via Getty Images)

“Definitely, there is no greater threat, geopolitical and military threat, than Russia,” he said, noting that Lithuania and some other neighboring countries tried to raise the alarm prior to the invasion’s start.

“Obviously, the thing is that the countries who share their border with Russia have little illusion as to what Russia really is even before the war,” Landsbergis explained, pointing to the 2008 invasion of Georgia and the 2014 offensive in Crimea. “We’ve always been asking for more attention to the eastern flank, too, so that it would be better defended.”

“Even though … we are doing our part, we still need more allied troops in Lithuania and other countries,” he added. “Considering the latest events, what we’ve seen happening in Poland just a week ago, we think that while we talk about reinforcement of [the] eastern flank, first of all, it has to be better air defense, better missile defense, because we believe that it would be … the first line of defense.”

Landsbergis agreed with reports that Russia has displayed no preparations to use nuclear weapons, but he assured that Lithuania is taking Russian President Vladimir Putin’s rhetoric “quite seriously” and discussing precautions with regional partners. 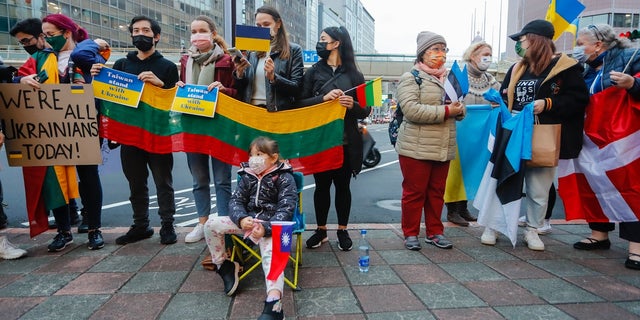 Demonstrators holding placards that read We are all Ukrainians today,  and national flags of Ukraine, Denmark, Estonia, Lithuania and Poland, during a protest against Russian live-fire attacks on Ukraine, outside the Moscow-Taipei Coordination Commission in Taiwan, in Taipei, Taiwan, 25 February 2022. Several western countries including the US and UK  have imposed sanctions on Russia, with Baltic States members including Lithuania and Estonia showing support of Ukraine.
(Ceng Shou Yi/NurPhoto via Getty Images)

But as significant a threat as Russia presents, Lithuania also has its eye on other countries that aim to change the “global rules-based order,” such as China.

Lithuania already found itself in trouble with China after allowing Taiwan to open a trade office in Vilnius, prompting Beijing to downgrade diplomatic ties with the European nation, including alleged discriminatory trade practices.

Beijing denies that it has blocked imports of Lithuanian imports, including any products with parts produced in Lithuania. Chip producer Brolis Group’s founder, Kirstijonas Vizbaras, told the New York Times that it made Lithuania a “toxic label.”

Landsbergis explained that the tensions preceded that move, with Lithuania blocking China’s ability to invest in vital infrastructure such as airports, rail systems and shipping ports. 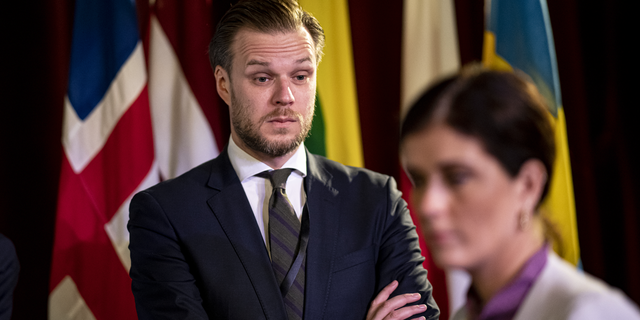 “All our main investors are coming either from the Western European countries or from the U.S., and I think that it could be an example, because it’s not just that the political decision, it’s a national security decision as well,” the minister said.

“We were forced to adapt to very, very harsh measures imposed on us by the PRC, and in many cases, our businesses adapted, finding new suppliers, new supply chains and building more resilience in case these sorts of actions were to be repeated against us in the future.”

Landsbergis also applauded the greater attention paid to Iran and its actions, especially due to the greater ties developing between Moscow and Tehran.

Iran has provided some weapons to Russia, such as drones, to use in the war in Ukraine, which has reframed the impact the Biden administration’s Joint Comprehensive Plan of Action (JCPOA) might have beyond Iran’s borders.

“One of the tools and instruments that we have in order to do that is sanctions,” Landsbergis said. “Therefore, I proposed in the formats where I’m able to do that in Brussels, to sanction Iran more heavily.”

“I think that there is a new momentum to take up a bit stronger stance when it comes to not just the regime that we’ve spoken about, but also Iran,” he added, saying that he would be “quite surprised” if the JCPOA “went ahead.”

Reuters contributed to this report.