Iranian activist back US in World Cup match amid nationwide protests 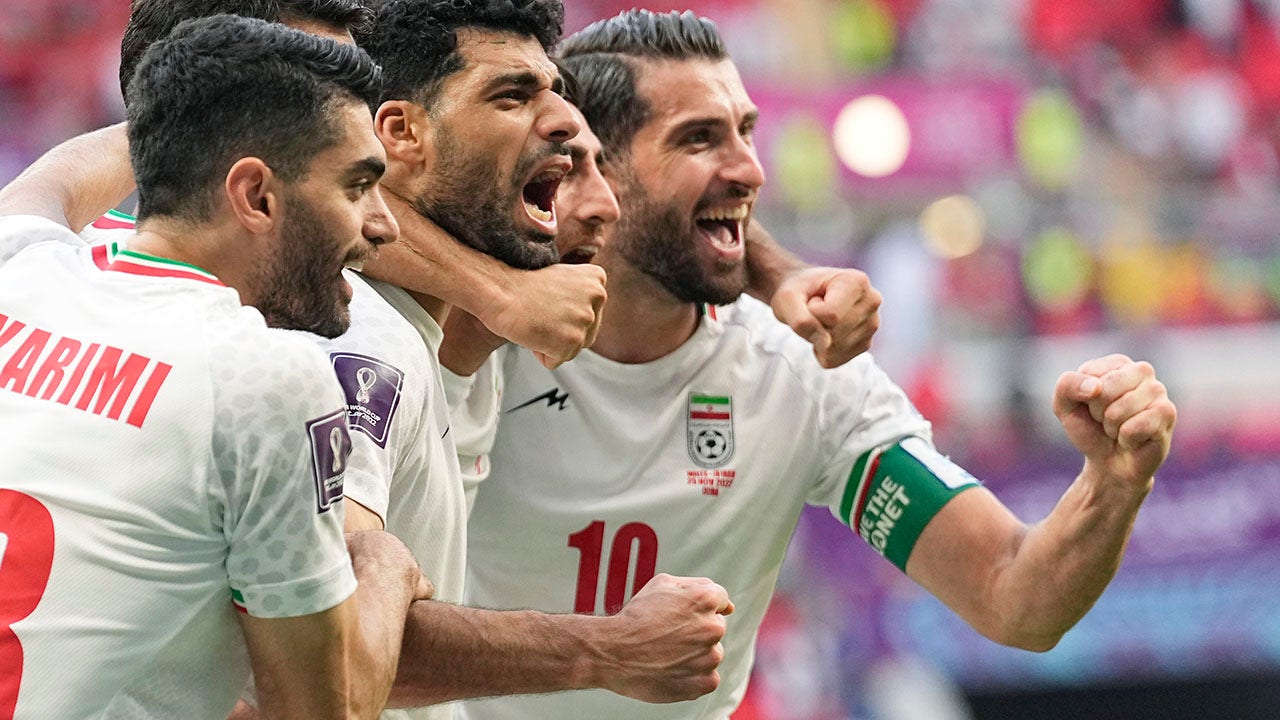 Iranian activists in Tehran are throwing their support behind the U.S. men’s soccer team as the U.S. and Iran prepare to face off in the World Cup in Qatar Tuesday.

As deadly protests continue across Iran, activists hope a loss for Tehran will be a blow to the regime and its leader, Ayatollah Ali Khamenei.

“As an Iranian Kurd I have no desire for the mullah’s team to win,” one activist by the name Nassaer with the People’s Mojahedin Organization of Iran, also known as MEK, told Fox News Digital. “This team does not represent the Iranian people.” 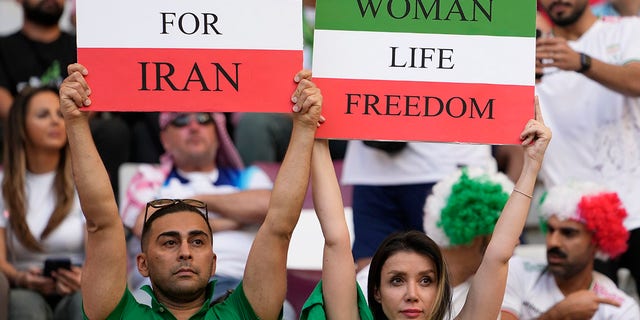 Iranian soccer fans hold up signs reading Woman Life Freedom and Freedom For Iran, prior to the World Cup Group B soccer match between England and Iran at the Khalifa International Stadium in Doha, Qatar, Monday, Nov. 21, 2022.
(AP Photo/Alessandra Tarantino)

The activist accused the Iranian team of being “anti-human, anti-Iranian and anti-Kurd” and said it “accords no value to Iran’s sports community.”

“The slogan of the people in these days is ‘death to the dictator,'” he added.

Fox News Digital could not confirm how the Iranian players align politically, though Tuesday’s game has caught global attention following months-long protests that have demanded rights for women.

The Iranian team did not sing the national anthem ahead of their opening game against England last week, though they did sing together before the match against Wales Friday.

Reports on Tuesday suggested that family members of the Iranian players were threatened if the team once again refused to sing Iran’s national anthem. 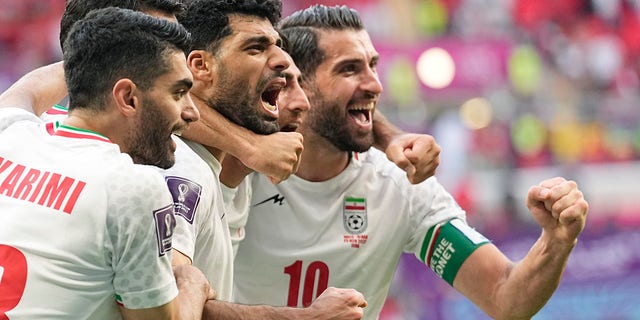 The match will be the first time in nearly 25 years that the U.S. and Iran have faced off on the pitch.

Athletes have long utilized sporting events to advance social and political issues, including American football athletes in recent years who have called attention to Black rights in the U.S. by taking a knee during the national anthem – though similar actions by Iranian players could have deadly consequences.

Another activist who spoke to Fox News Digital pointed to the last time an Iranian soccer player defied the Khamenei regime, which resulted in his subsequent arrest, torture and execution.

“This is the very regime which in 1981 executed Habib Khabiri, the captain of Iran’s national soccer team in the 1978 World Cup because he was a supporter of the Mujahedin-e Khalq [MEK],” an MEK activist by the name of Mahsa said.

“The people want to see the defeat of regime’s team in [the] match because this team does not represent the Iranian people,” she argued. “The regime exploits soccer and sports to advance its own policies.”

Millions of fans across not only the U.S. and Iran, but the world, will be watching Tuesday’s game to see how Iran’s players conduct themselves on the pitch, whether they engage in Iran’s national anthem, and how they interact with the U.S. team. 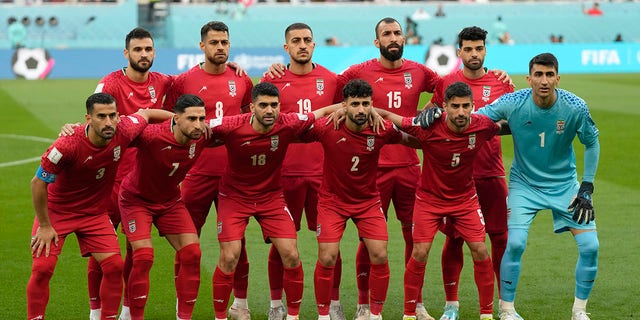 Iranian players pose ahead of the World Cup Group B soccer match between England and Iran at the Khalifa International Stadium in Doha, Qatar, Monday, Nov. 21, 2022.
(AP Photo/Frank Augstein)

The match in 1998 also followed years of political turmoil between Washington and Tehran in the wake of the 1979 Iran hostage crisis. However, the players appeared to put politics aside as the Iranian team reportedly presented the U.S. with white roses in a sign of peace.

However, such a peace offering is not expected Tuesday unless Iranian players purposefully show a break from the regime, which called for the U.S. to be barred from the games earlier this week over its support for women’s rights activists in Iran.