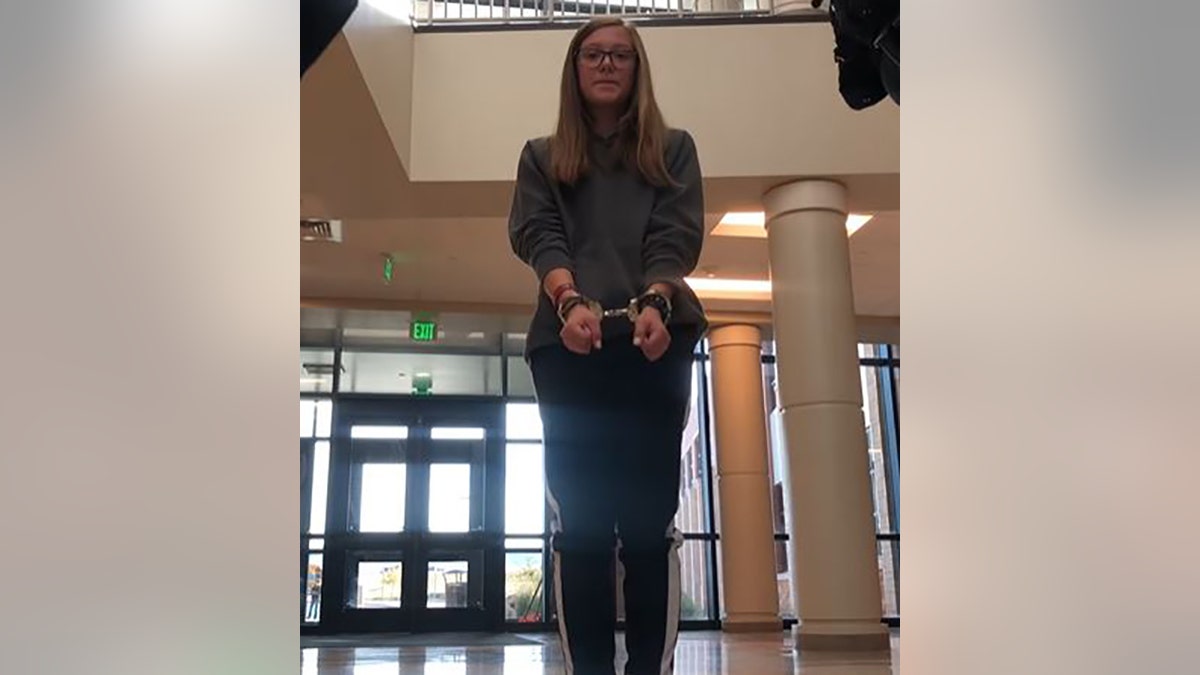 A 16-year-old girl in Wyoming was arrested Thursday at her school after she refused to wear a mask on school grounds, she and her father said.

Grace Smith, a junior at Laramie High School, told state Sen. Anthony Bouchard, R-Cheyenne, in an interview posted online, that police placed her in handcuffs for trespassing after she was suspended for not following the school’s mask mandate and refused to leave school grounds.

Smith recorded video of herself getting handcuffed, which her father, Andy Smith, shared on social media. The video shows the interactions between Smith and police officers were polite.

Smith said that she’s faced three separate two-day suspensions over refusing to mask up and received $1,000 in trespassing fines for refusing to leave the campus, saying that she had a right to be on school grounds to continue her education.

She described herself as a “straight-A student” who has “never broken the law.”

“I would never choose to do anything wrong and I never saw myself sitting in the back of a cop car, handcuffed,” Smith said.

Smith’s arrest also led to a “brief lockdown” to “prevent further interruptions to academic learning,” the school said in a statement obtained by the Laramie Boomerang.

When the paper asked school officials for a number on how many students were suspended over refusing to mask up, a district spokesman cited the school’s statement, saying “the school district does not comment on student discipline matters.”

The school district approved the mask mandate on Sept. 8, making it mandatory for most students to wear masks in all buildings and on buses, the paper reported. The mandate was set to expire on Oct. 15, but officials were scheduled to meet on Wednesday to revisit the plan.

Over her refusal to comply with the school’s mandate, Smith told the paper that people have “cussed her out” and that some of her best friends “won’t talk to me.” She said that even some teachers and parents have discriminated against her.

Smith told Bouchard that she has been made to feel “unwanted by the school system” and is “stressed out” over having to fight the school’s mask mandate.

“Right now, I should be playing sports and having fun,” she said. “And instead I’m fighting for the rights that were supposed to be won hundreds of years ago.”