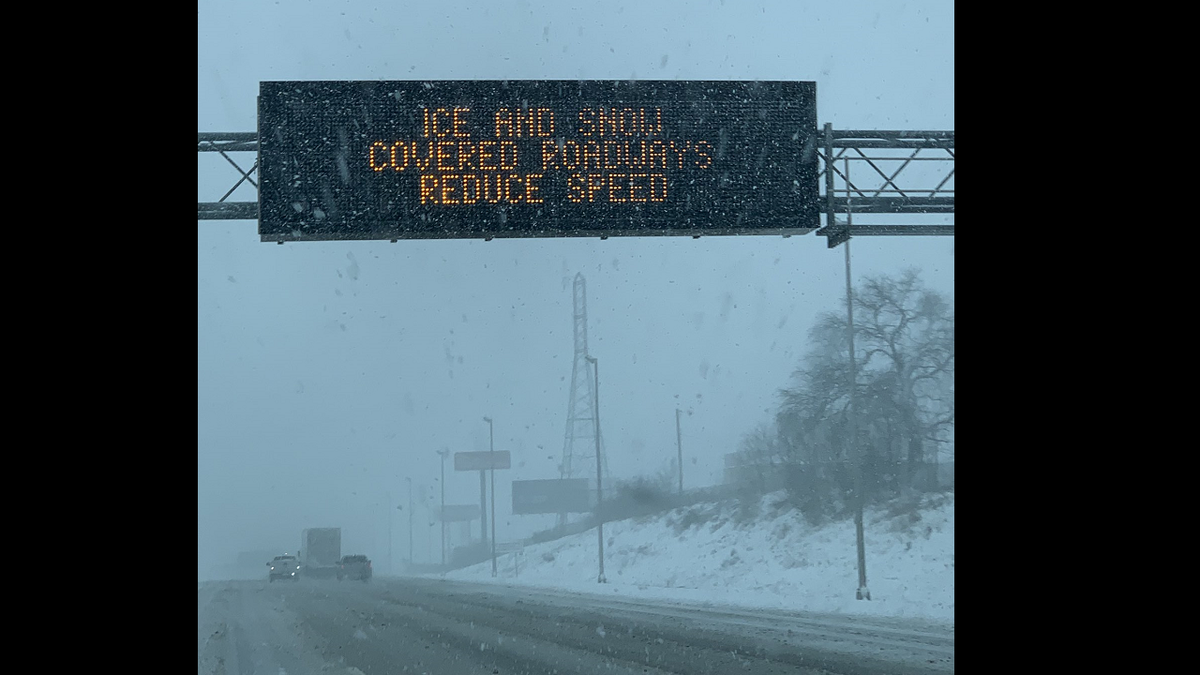 Traffic is becoming snarled and authorities are warning drivers to stay off the roads Thursday as wintry weather dumps snow across the Mid-South and Appalachians.

Winter weather warnings and advisories are currently in effect for Missouri, Arkansas, Mississippi, Alabama, Georgia, Tennessee, Kentucky, Illinois, Indiana and Mid-Atlantic states all the way up to Maine.

Up to eight inches of snow on Kentucky through early Friday morning, while parts of West Virginia  by midday tomorrow.

WINTER STORMS FORECAST ACROSS MUCH OF US

More than a dozen vehicles and trucks are already reported to have slid off of Interstate-55 in southeast Missouri, the state’s highway patrol told KFVS.

In Kentucky, accidents are being reported along I-75 outside of Lexington, according to WKYT.

Closures are also being reported along parts of I-65 and I-40 in Tennessee.

“Significant wintry weather is expected to produce hazardous travel in the Mid-South and Appalachians as moisture overruns a strong cold front,” the National Weather Service is warning.

“This front will move eastward tonight bringing several inches of snow and likely travel impacts from the Mid-Atlantic to the Northeast,” it added. “A storm in the Northwest will produce areas of flooding from heavy rain and snow melt, and several feet of mountain snow.”

This is a developing story. Please check back for updates.