Why Latinos are eager to recall Gavin Newsom 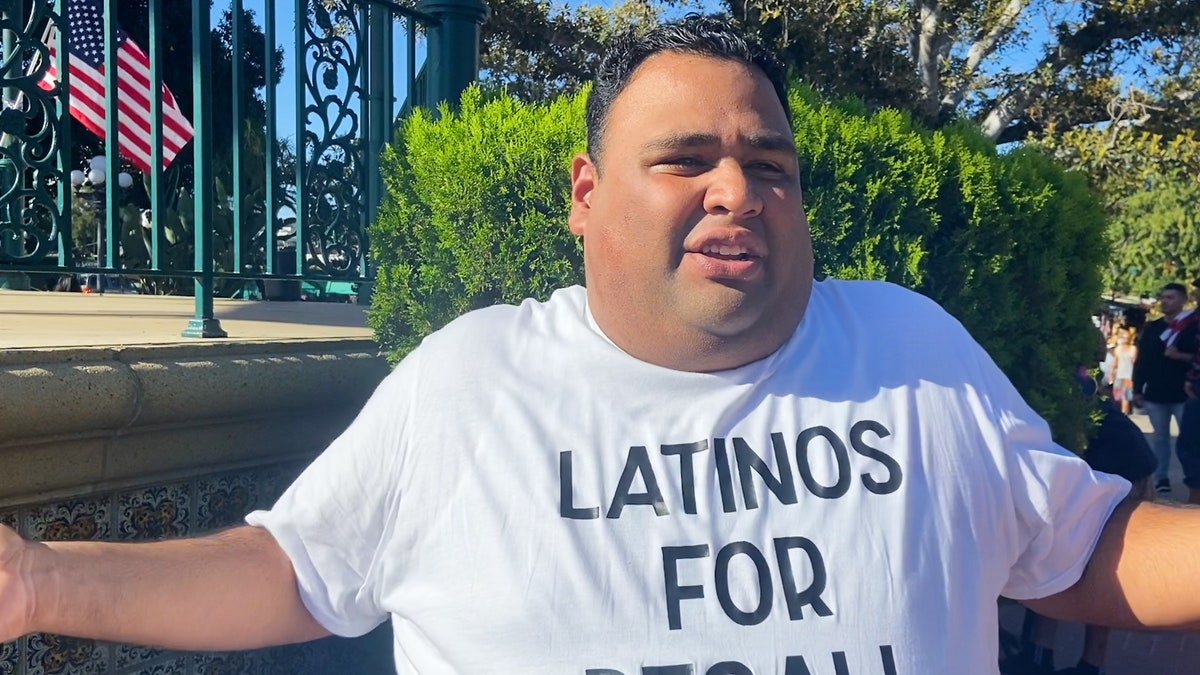 Latinos who gathered on Saturday in Los Angeles, California, for a rally in support of the recall of California Governor Gavin Newsom told Fox News which issues matter most to them. Many in the group felt misunderstood by Newsom.

“They make it seem like the only issue we care about is immigration when that is completely false. We care about putting food on the table, having jobs, being able to provide for our families, being able to go to a church that’s open and not shut down,” Samantha Sobarzo told Fox News.

Several of the rally attendees described the importance of family, small businesses, religion, and safety to the community.

“We are very hard working people, we take pride in what we do, so when he (Gov. Gavin Newsom) shut down our businesses I think a lot of Hispanics started to wake up,” Rachelle Hernandez told Fox News.

“I mean that is their life line without their businesses they are not able to put food on the table,” she continued.

Exit polls in 2018, showed roughly two-thirds of Latinos backed Newsom. Polls on the recall set for September 14, have been mixed with polling in August showing Latinos were evenly split, and a more recent poll showing 66% of Latino voters would not support the recall. Latinos make up around 30 percent of registered voters.

Another woman also felt safety was a priority for Latinos. “We can’t even walk down the street without someone approaching us, homeless camps everywhere…I’ve lived here all my life and never experienced such a homeless crisis like this,” she told Fox News.