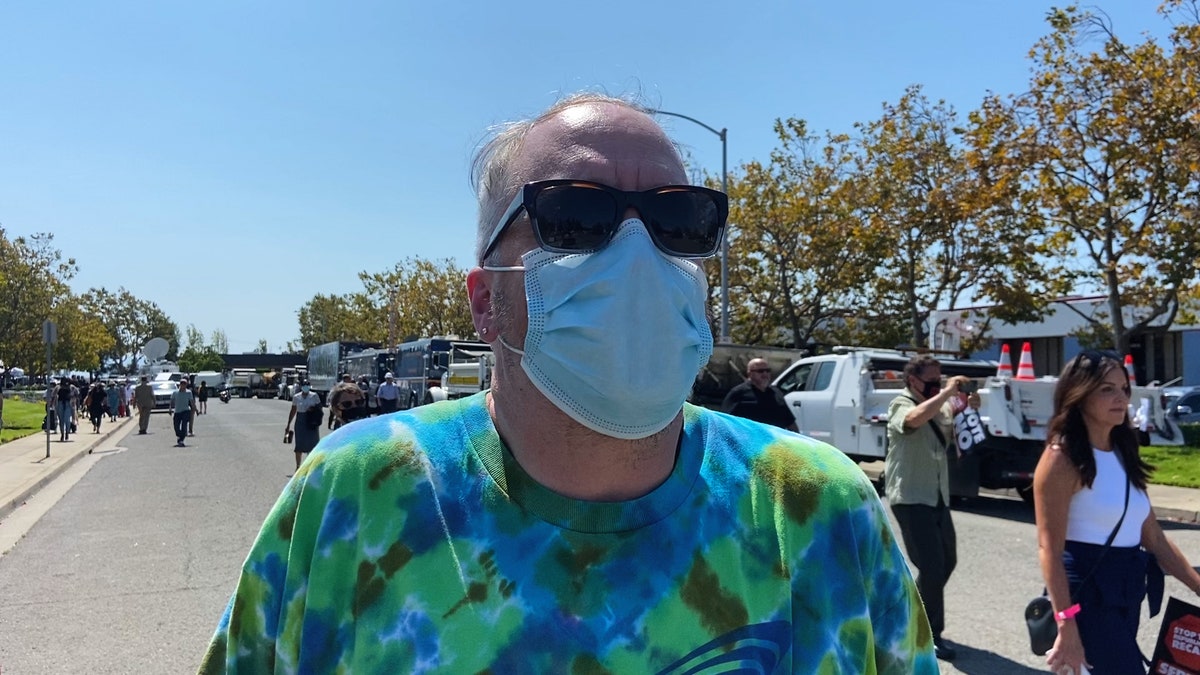 Gov. Gavin Newsom’s supporters who rallied at an event in San Leandro, Calif., to prevent a recall told Fox News why they are voting to keep the governor in office.

“He hasn’t done anything wrong,” one man told Fox News. “This is just a cynical effort done by the Republicans because they don’t have any numbers in California, so this is their only way to try to get the governorship.”

“The whole thing is based on lies, assumptions and stupidity,” he continued.

Newsom, a Democrat, faces a recall election on Sept. 14. Newsom will keep his position if he receives a simple majority of votes in his favor.

NEWSOM SPOTLIGHTS COVID, THE ISSUE THAT SPARKED THE CALIFORNIA RECALL, AS HE FIGHTS TO SAVE HIS JOB

Critics who led the recall petition argued that Newsom’s strict COVID-19 measures were unnecessarily aggressive. The effort gained momentum when Newsom was photographed at a dinner party in November without a mask.

But the supporters who spoke with Fox News felt Newsom had handled the pandemic well.

“He’s done a great job,” a woman holding a “Stop The Republican Recall” sign told Fox News. “Shutting things down early, we looked so much better than Texas and Florida that didn’t do that.”

“He’s following the science,” she continued. “We need someone that can lead … and not some flunky that has no government experience.”

Another California resident said: “He did such a good job when COVID hit, how he shut down the city, and it showed.”

One man who said he spent months campaigning for Newsom told Fox News: “He’s so underrated as a governor, I think the press has been really brutal on him.”

Opponents have also criticized Newsom’s handling of California’s economy, but the governor’s supporters felt he’d excelled at it.

“We have the best economy in the country,” one woman told Fox News. “Our state is doing very well.”

The woman with the sign agreed, telling Fox News Newsom had done an especially great job with the economy.

While California’s gross domestic product is the highest in the nation, the Golden State has faced a slew of issues related to the economy.

More than half of all homeless people in the U.S. resided in California, which is the nation’s most populated state overall, in 2020, according to the Annual Homeless Assessment Report. Additionally, nine out of 10 Californians believe housing affordability is a problem, with nearly one-third considering moving, a Public Policy Institute of California survey found in March.

Meanwhile, major companies, such as Oracle, have announced that they are leaving the state.