Computer chips, otherwise known as semiconductors, are quickly becoming a top national security priority for the United States and foreign governments, according to an anonymous industry insider who spoke exclusively with the Fox Investigative Unit.

And they argued the stakes couldn’t be higher, to both the private sector and government bodies, when it comes to securing the supply chain of these fingernail-sized building blocks of nearly every aspect of the modern world.

“Whoever wins the race for the next generation of semiconductor products eventually will have a major military, and maybe a dominant political and economic force on the global stage,” warned the unidentified industry insider with more than a quarter century of experience in the tech and semiconductor sector(s).

They insisted during an exclusive interview with Fox News, at an undisclosed location with their face and voice disguised to protect their identity, “That’s how high the stakes are.” 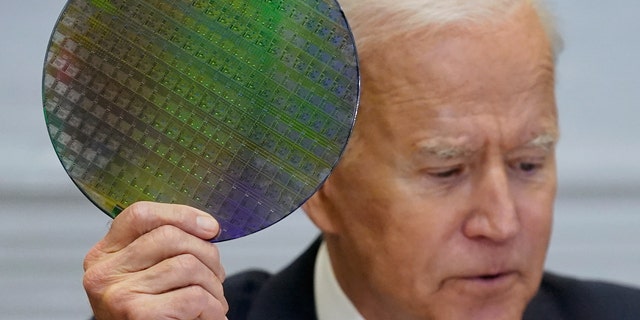 President Joe Biden holds up a silicon wafer as he participates virtually in the CEO Summit on Semiconductor and Supply Chain Resilience in the Roosevelt Room of the White House, Monday, April 12, 2021, in Washington. (AP Photo/Patrick Semansky)

Here’s the reason: semiconductors can be found inside of nearly everything digital. From cell phones, to Ford Mustangs. From home appliances, to F-35 fighter jets and critical infrastructure systems.

The gravity of recent pandemic-related semiconductor shortages, and the possible implications (including but not limited to those outlined by the whistleblower), is not lost on leaders in Washington.

“Literally everything that has an off and on switch depends on semiconductors … 90% of which are made in Asia, 63% alone are made in Taiwan,” explained Senator John Cornyn, R-Texas, co-sponsor of the $52 billion CHIPS for America Act.

“When we last convened the industry on the chip shortage in May, I heard from many of you that things were going to improve… Four months later, the situation seems to be getting worse.”

In an interview with Fox News, Cornyn argued “that’s a huge vulnerability for the United States let’s say, in the case of another pandemic, or natural disaster, or should military conflict break out.”

Commerce Secretary Gina Raimondo held a virtual roundtable on Sept. 23 to address the worldwide chip shortage, the second such meeting since May. She told participants within the first few sentences that “the situation seems to be getting worse,” according to her prepared remarks.

Among the attendees of the roundtable were representatives from Taiwan Semiconductor Manufacturing Company (TSMC), a company responsible for some two thirds of the semiconductor chips in the world. The company has reportedly pledged to expand manufacturing over the next three years to meet global demand. Sources told Fox News over the summer that price increases of up to 20% could also be coming from TSMC, a move that would have global implications.

Experts have also been warning for months about a possible military takeover of Taiwan by China, which would leave them in control of a critical supply-chain at a time when the U.S. is imposing sanctions designed to keep semiconductor technology out of their hands.

Taiwan’s minister of economic affairs said in a recent interview said, “Taiwan has helped foster a great chip manufacturing ecosystem with three decades of efforts against the backdrop of globalization,” and that “The global community should take Taiwan’s security more seriously” in the face of such theories.

It’s a situation that Cornyn and others certainly hope will never come to fruition, but it’s a reality that must be prepared for, according to the anonymous industry whistleblower. “Imagine for a second if China recaptures Taiwan and suddenly takes over all of these TSMC facilities that feed the entire world with the most advanced microprocessors. Again, I will leave it up to you to kind of imagine the consequences, it’s a little bit scary,” they added. 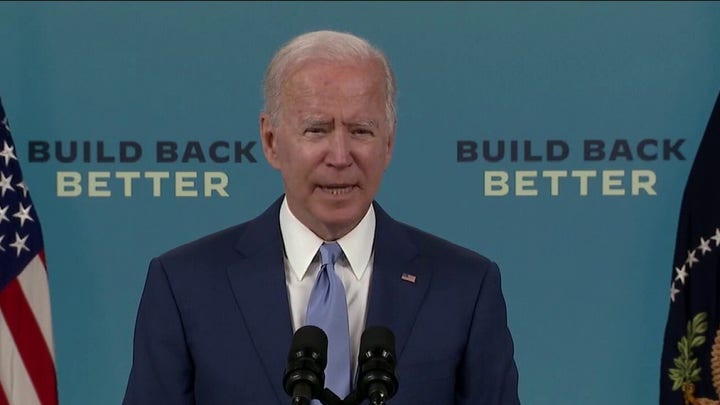 The case of TSMC isn’t the only indicator of how vulnerable the semiconductor supply chain is. The global chip shortage due to mostly pandemic-related factors resulted in delayed manufacturing at U.S. automakers, and reduced working hours for American employees. The situation became so dire it inspired President Biden to sign an executive order in February 2021, but Cornyn and others are still sounding the alarm months later.

“This is a huge vulnerability that was exposed by COVID, and we just simply need to bring back some of that manufacturing capacity on shore,” Cornyn said. 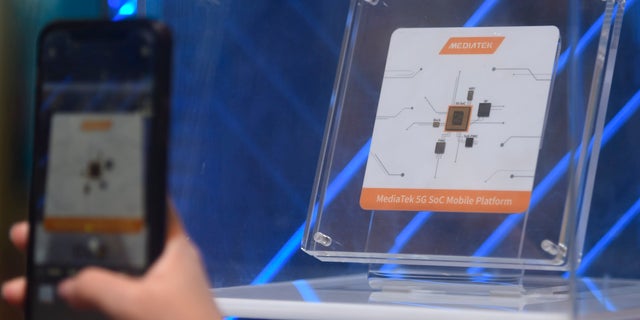 The scramble to reignite domestic semiconductor industry is almost ironic, considering the U.S. origins of the technology. Silicon Valley was even named for the material that semiconductors are made of: silicon.

“The designs of the chips, the technology, the software, the U.S. still dominates in that sector,” explained Professor George Calhoun, director of the Quantitative Finance program at the Stevens Institute of Technology. “But when that design has to be then translated into a physical product … that part of the business now is dominated by Taiwan,” Calhoun added.

Calhoun pointed out that while he believes a takeover of Taiwan by the Chinese government is not a likely scenario, he also thinks that this may be a case where expecting the unexpected might be the best course of action.

“A takeover of Taiwan is not going to solve China’s vulnerability … but the Chinese leadership has been, in my view, making a lot of inexplicable blunders in the past couple of years,” Calhoun said. Still, he cautioned that “there may be adventures that would turn into misadventures here in terms of trying to secure the semiconductor position that Taiwan has, and use that to bolster China’s world power.”

This hypothetical may be less urgent than some of the tactics already being deployed, according to the anonymous whistleblower who spoke with Fox News: “A startup company … approached us with a request for funding. We took about two weeks to get back to them with a proposal. By the time we told them that we were ready to invest … they said, ‘We already have an offer of 20 million from a Chinese investor …’ After about a year or two, they relocated the headquarters from California to China. Then they replaced the American CEO with the Chinese CEO. And now they are in full control of that technology.”