HomeusShoplifting incident at Oregon Ralph Lauren turns into armed robbery when confronted...
us 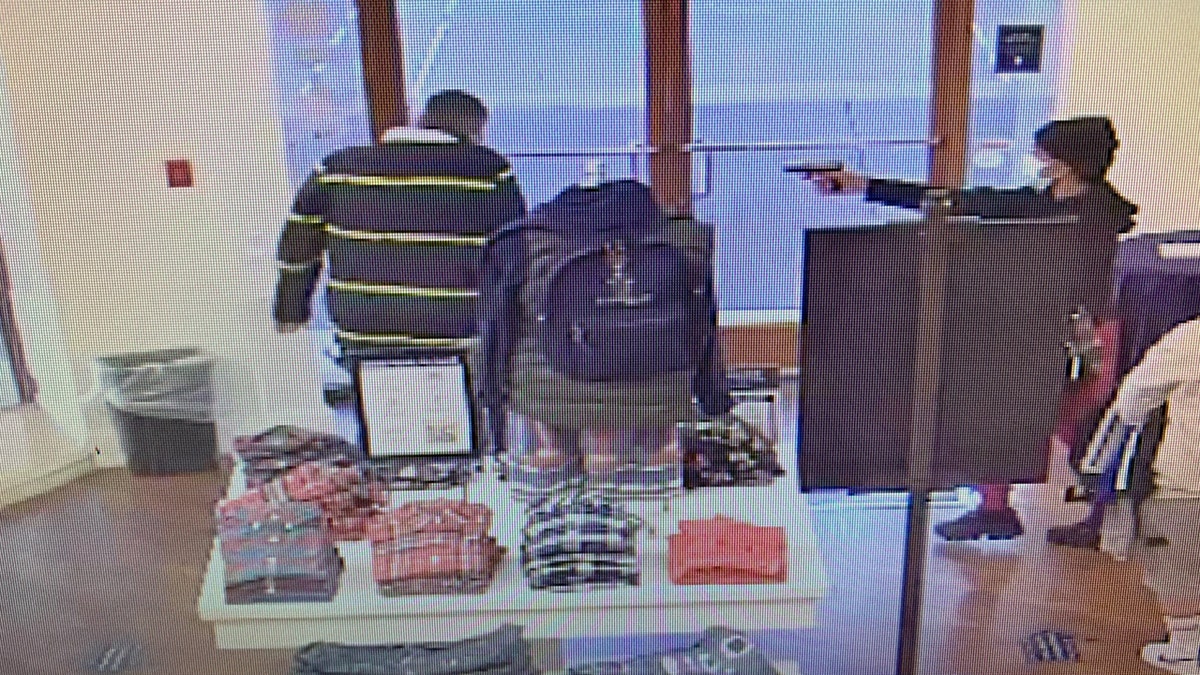 Three suspects are being sought in Oregon for an armed robbery at a Polo Ralph Lauren store on Saturday after one suspect pointed a handgun at an employee and made off with an unknown amount of merchandise, authorities said.

The three male suspects entered the store at the Woodburn Premium Outlets around 5:20 p.m. and were seen picking up items, the Woodburn Police Department said.

After about 20 minutes, police said two of the suspects tried to leave the store but were confronted by a lone store employee. One suspect then pulled a handgun and pointed it at the staff member before leaving the store with the third suspect. 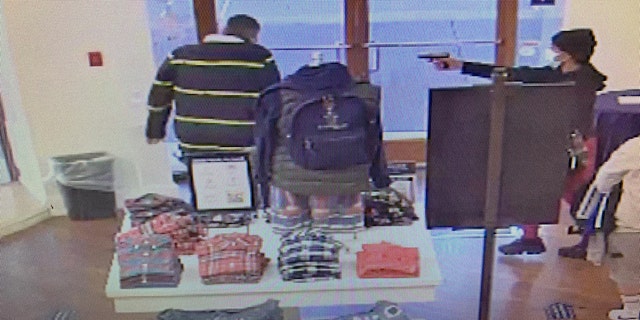 An armed suspect pointed a handgun at a store employee who confronted him, authorities said.
(Woodburn Police Department )

All three suspects were seen fleeing the scene in a light blue Honda CRV with no license plates and heading north of Interstate 5.

Police confirmed that the suspects stole items from the store, but did not specify what they took. 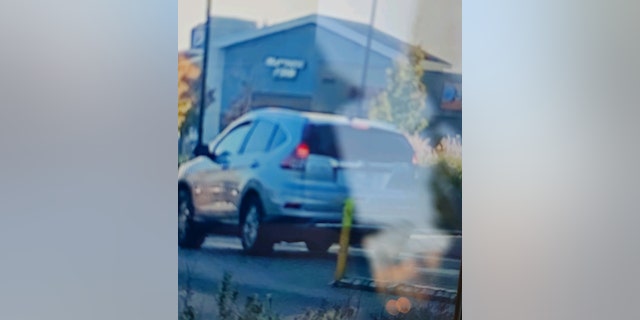 The three suspects fled in a light blue Honda CRV with no license plates. They were last seen heading north on I-5.
(Woodburn Police Department )

The armed suspect was described as a Hispanic or like-skinned African-American between 5-feet-4 and 5-feet-6 with a thin build. He was wearing red joggers, a black Patagonia hoodie, surgical face mask, black beanie and black tennis shoes. He also had a heart-shaped or teardrop tattoo on his left cheek under his eye. 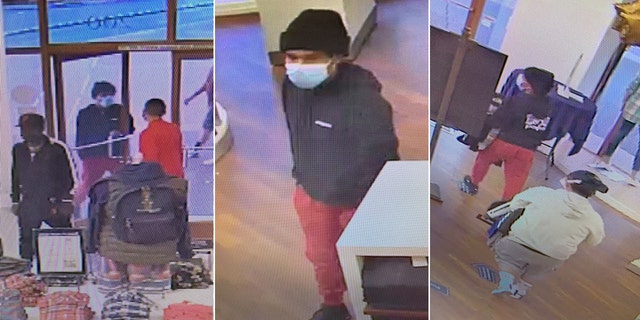 The three male suspects made off with an unknown amount of merchandise.
(Woodburn Police Department )

Another suspect was described as a Pacific Islander, about 5-feet, 6-inches tall with a medium build. He was wearing a light-colored hoodie with khaki shorts and tall white socks with white shoes.

The third suspect was described as an African-American between 5-feet-8 and 5-feet-10 with a medium build. He was wearing a black tracksuit with a single white stripe on the shoulders and pant leg, and a black baseball cap.

Authorities asked anyone with information about the incident or the suspects to contact the department.