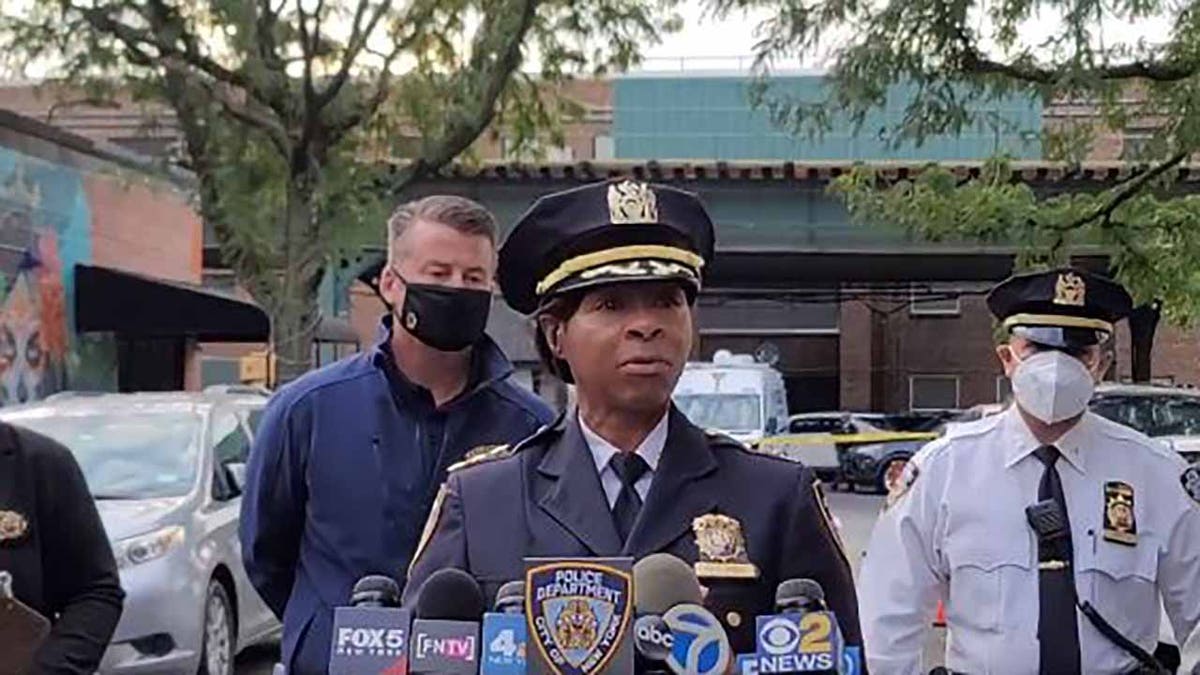 The fracas unfolded around 4 a.m., after a group left the 11:11 Restaurant and Lounge on 10th Avenue near West 211th Street in the Inwood neighborhood, cops said.

NYPD cops were patrolling nearby when they saw the group, who appeared to be involved in “a strong discussion,” NYPD Chief of Patrol Juanita Holmes told reporters.

Officers spoke with security personnel, who helped defuse the situation.

But then the group headed down the block toward 211th Street, where officers heard a gun go off, according to Holmes.

“At that particular time, our officers take cover, we return fire,” Holmes said. “We hit the individual that possessed the firearm.”

A uniformed sergeant shot and wounded the gunman, 30, who went to Harlem Hospital with non-life-threatening injuries, cops said.

His weapon was recovered at the scene.

Police initially said the four others were shot but later described them as “injured” without elaborating.

They are all expected to survive, cops said.

This story first appeared in the New York Post.