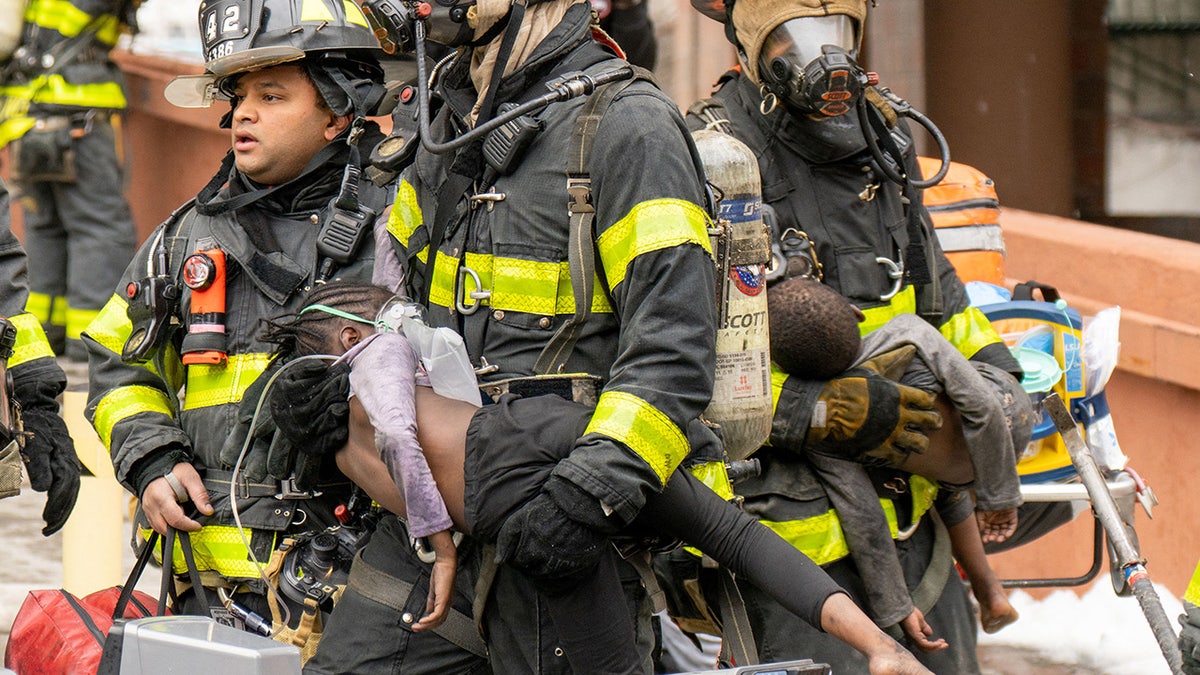 The Archbishop of New York visited the site of Sunday’s devastating fire in the Bronx, where 17 people – including eight children – died and dozens more were injured, as officials offer ways for the public to help impacted families.

Cardinal Timothy Dolan said Monday morning that he was exploring ways in which the Archdiocese of New York might be able to help those who were displaced or otherwise affected by the Sunday morning tragedy.

“It doesn’t get worse than what we witnessed in New York yesterday at that tragic fire in the Bronx,” Dolan wrote, alongside a photograph of the archbishop at the site. “Thank God for the @FDNY.”

NYC’S BRONX APARTMENT HORROR: VETERAN FIRE MARSHAL WITH TIPS ON HOW TO SURVIVE IF FIRE CONSUMES YOUR HOME

Seventeen people died – nine adults and eight children – when the fire broke out at a 19-story building at 333 East 181st St. in the Fordham Heights neighborhood of the Bronx, officials said Monday. About 200 firefighters responded and more than 60 people were hurt, authorities said.

Initial reports said 19 people were killed in the fire. Authorities later modified the death toll to 17.

Fire Department of New York (FDNY) Commissioner Daniel Nigro said Sunday that the blaze started in a two-story apartment on the second and third floors. The building had no sprinkler system and no fire escapes, officials have said.

Firefighters “found victims on every floor and were taking them out in cardiac and respiratory arrest,” Nigro said during a Sunday press conference. “That is unprecedented in our city.”

FDNY Fire Marshals said Monday the fire was caused by an “accidental, malfunctioning space heater.” The blaze was then exacerbated by open doors in part of the building, which allowed the fire and smoke to spread throughout it.

Following the devastation, the American Red Cross provided temporary housing for 22 families, including 56 adults and 25 children, while other displaced families stayed with loved ones and friends.

The American Red Cross and the New York City Office of Emergency Management established a service center in Monroe College’s Ustin Hall in the Bronx, to be open daily from 12 p.m. to 8 p.m., where caseworkers will register families for assistance. Trained mental health volunteers will also be on standby to offer support.

Meanwhile, Mayor Eric Adams and local officials announced Monday the creation of the Bronx Fire Relief Fund to provide financial relief for those who were displaced or affected by the blaze. Adams’ office has also promised to help provide victims with access to safe housing options.

“Yesterday’s fire in the Bronx is an unspeakable tragedy, but I promise New York City will be there to help our neighbors through it,” Adams said Monday. “The City stands ready to give impacted families all the support they need — it’s what we do. Every dollar given to the Mayor’s Fund will go directly to those affected by the fire; please give if you can, and together we will get through this.”

Officials from all levels of government came together earlier on Monday to create a coalition to help impacted residents in their recovery efforts.

Speaking at a press conference announcing the coalition, U.S. Rep. Ritchie Torres, D-N.Y., said that the coalition aims to ensure that all victims have access to services and that those who were displaced for the short-term are able to get back into their homes as soon as possible.

Torres, who represents New York’s 15th district, said the coalition would also be convening a local, state and federal task force to examine “what policies could be put in place at every level of government to improve fire safety in our homes, not only in the Bronx, but in the city, in the state and in the country.”

“The two values that are near and dear to most of our hearts is our family and our home. And to lose both in the span of a single tragedy is traumatic and terrifying to an extent that few of us could imagine,” Torres said. “I encourage every New Yorker who is in a position to donate, to go to the mayor’s fund and contribute and support these families in need.”

He added: “Do unto others as you would have them do unto you.”