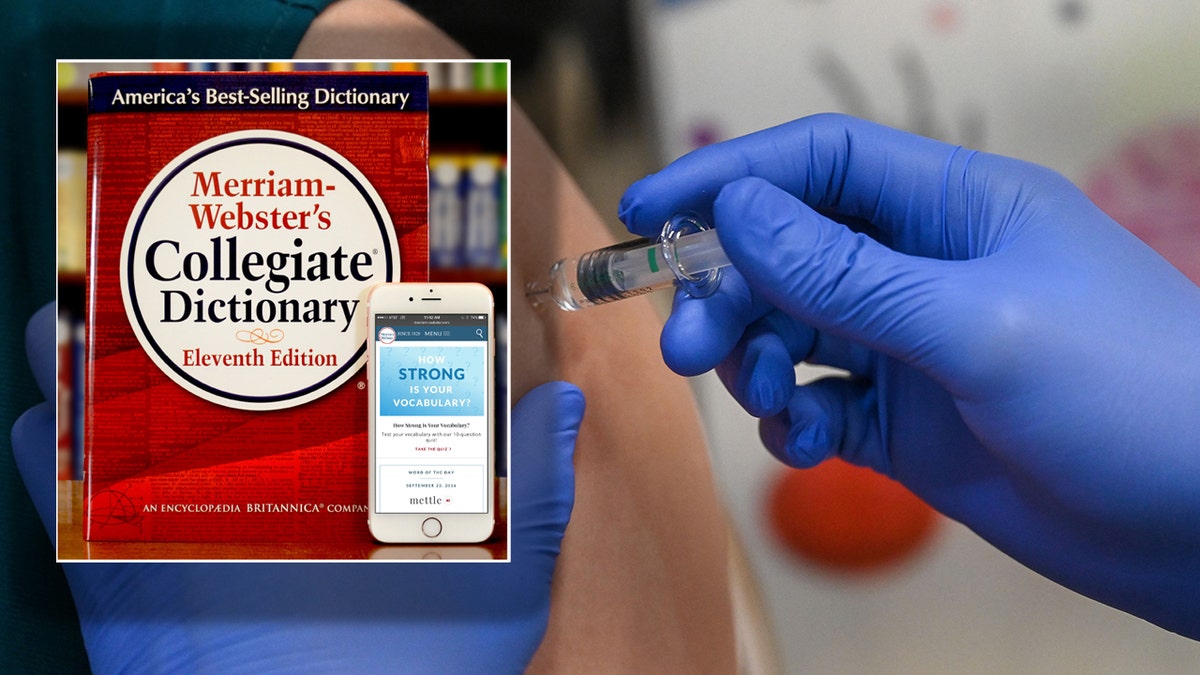 Merriam-Webster’s online definition of “anti-vaxxer” is spreading on social media this month amid outrage over vaccine mandates. The definition of the term was first added to the online dictionary in 2018 and was updated in late September.

“Redefine words all you want Merriam Webster, but WORDS STILL HAVE MEANING. By this definition, you aren’t pro-vaccine unless you believe the government should force everyone to get a medical procedure?” Florida Republican Gov. Ron DeSantis’s press secretary, .

Fox News examined Merriam-Webster’s current definition of “anti-vaxxer” compared to its definition from 2018, and found it omitted the word “laws” in favor of “regulations.” The definition still states, however, that an “anti-vaxxer” includes people who oppose such rules on vaccinations or the vaccines, themselves.

“Definition of anti-vaxxer: a person who opposes the use of vaccines or regulations mandating vaccination,” , noting that it was updated on Sept. 29, 2021.

The definition of “anti-vaxxer” was previously defined, according to an , as: “A person who opposes vaccination or laws that mandate vaccination.”

Editor at large of Merriam-Webster.com, Peter Sokolowski, in May – after outrage first cropped up over the definition – that the word was first added in 2018.

At the time, Sokolowski said the definition remained unchanged from 2018.

Merriam-Webster did not immediately respond to Fox News’s request for comment on why the definition was updated on Sept. 29.

Fox News also examined the definition of “anti-vaxxer” in the New Oxford American dictionary and found it does not include language on mandates, laws or regulations.

“A person who is opposed to vaccination, typically a parent who does not wish to vaccinate their child,” the New Oxford American dictionary states.