Man charged with homicide in shooting death of Milwaukee barber 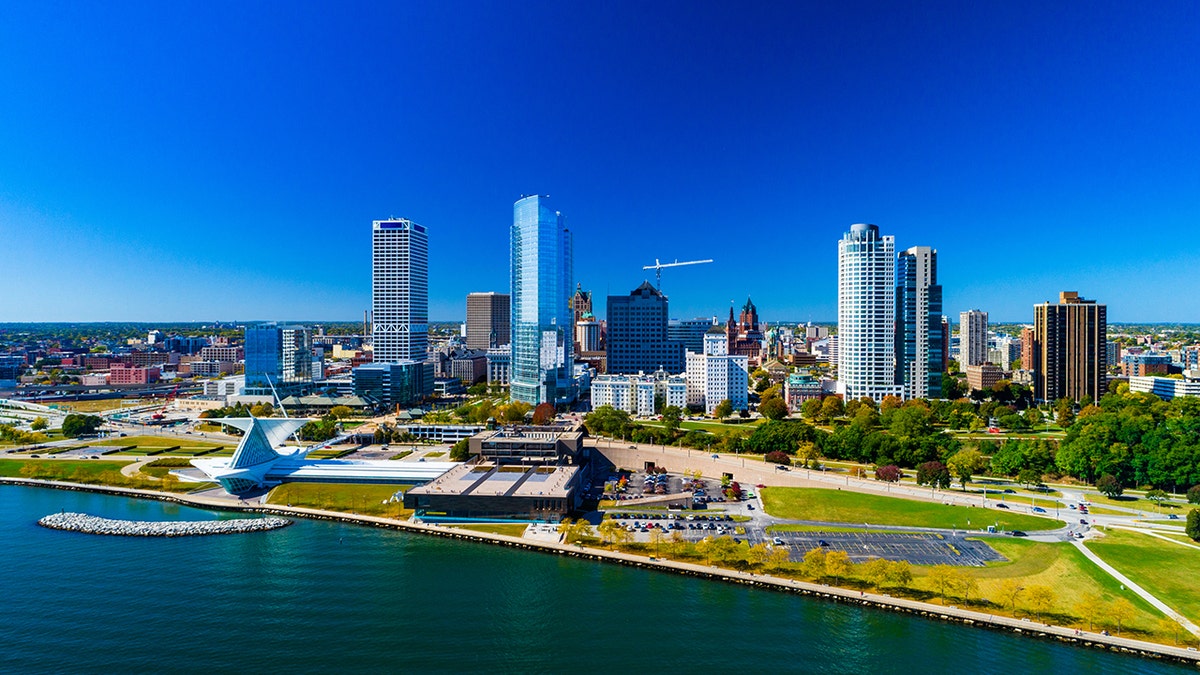 A Milwaukee man has been charged with first-degree intentional homicide in the shooting death of popular barber Dominic Carter.

According to a criminal complaint obtained by  FOX6 Milwaukee, police were called to the restaurant and found Carter on the floor – suffering from “numerous” gunshot wounds. Officers attempted life-saving measures, but Carter died.

An autopsy found Carter had 11 gunshot wounds caused by six bullets – each fired from “intermediate” range, the complaint states. The death was ruled homicide by multiple gunshot wounds.

Security video from the restaurant showed Carter walk in around 3:10 p.m. that day, standing near the door. Roughly one minute after Carter walked in, a suspect – since identified as Blake – approached the restaurant’s door. The suspect was wearing gloves with a distinct marking. The suspect opened the door, raised his arm and fired his gun at Carter before running away.

A witness told police that they heard gunshots and saw a man run from the restaurant with his hand in his pocket, “consistent with concealing an object,” the complaint states. The man got into the driver’s seat of a black Acura and drove off.

The complaint states another witness told police that they saw a black Acura circling the parking lot that day. The witness said the car had a temporary, expired license plate and identified the number for police. The witness also said they saw Carter walk over from his nearby barbershop. A short time later, the witness said, a man “jumped out of the Acura,” walked toward the restaurant and appeared to be concealing a weapon.

The witness said they continued to watch the man, suspecting that the restaurant was about to get robbed. According to the complaint, the witness watched the suspect “fling open the door” to the restaurant and shoot before getting back in the Acura and driving away.

At around 10:45 p.m. the night of the homicide, police were called to an area near 107th and Mill streets for a reported vehicle fire. The complaint states the area is known to be frequented by members of the “Wild 100s” street gang.

Using the temporary license plate number given by the witness, police found it was registered to a 2002 black Acura and noted a VIN. A black Acura with the same VIN was the car that was on fire. According to the complaint, the fire was set by someone at two different points.

A confidential informant identified Blake from a photo as the homicide suspect, the complaint states. Blake is known to be associated with the “Wild 100s,” according to the complaint, and the informant provided information related to people getting the gasoline used to set the Acura on fire.

Law enforcement used that information to review security footage from a gas station near 27th and Capitol. Video showed a man – determined to be Blake, according to the complaint – with an Acura lanyard and a body type consistent with the shooter in the restaurant security video. He also had gloves bearing the same distinct marking. In the gas station footage, the man buys a gas can, fills it and drives off in a red vehicle.

Police reviewed Blake’s Facebook page and found a video posted on Sept. 20 in which he allegedly claimed he was shot at in retaliation for Carter’s death, the complaint states. In the video, Blake said: “I know what I did, you know what I did.” Later, Blake said, “Yeah, I did it to him,” – consistent with bragging about committing homicide, according to the complaint. In the video, Blake was seen wearing the same Acura lanyard and distinctly marked gloves.

In other Facebook posts, Blake gave out his phone number. Police obtained a search warrant for records related to that number. GPS data showed that the phone was headed southbound on Lovers Lane and passed the pizza restaurant on Silver Spring roughly 15 minutes before the shooting took place. The data showed the phone circled the area within minutes of the shooting. There was a data gap until roughly 10 minutes after the shooting, but the phone was then placed near where the black Acura was later found on fire.

Blake is also charged with possession of a firearm by a felon and felony bail jumping. The complaint states he was convicted of multiple felonies in 2017 and was out on bail for multiple other offenses at the time of the homicide.

A warrant for Blake’s arrest was issued on Oct. 8, and he was taken into custody on Oct. 22, court documents show. He made an initial court appearance that day, and the judge set cash bond at $1 million. A preliminary hearing is scheduled for Oct. 28.