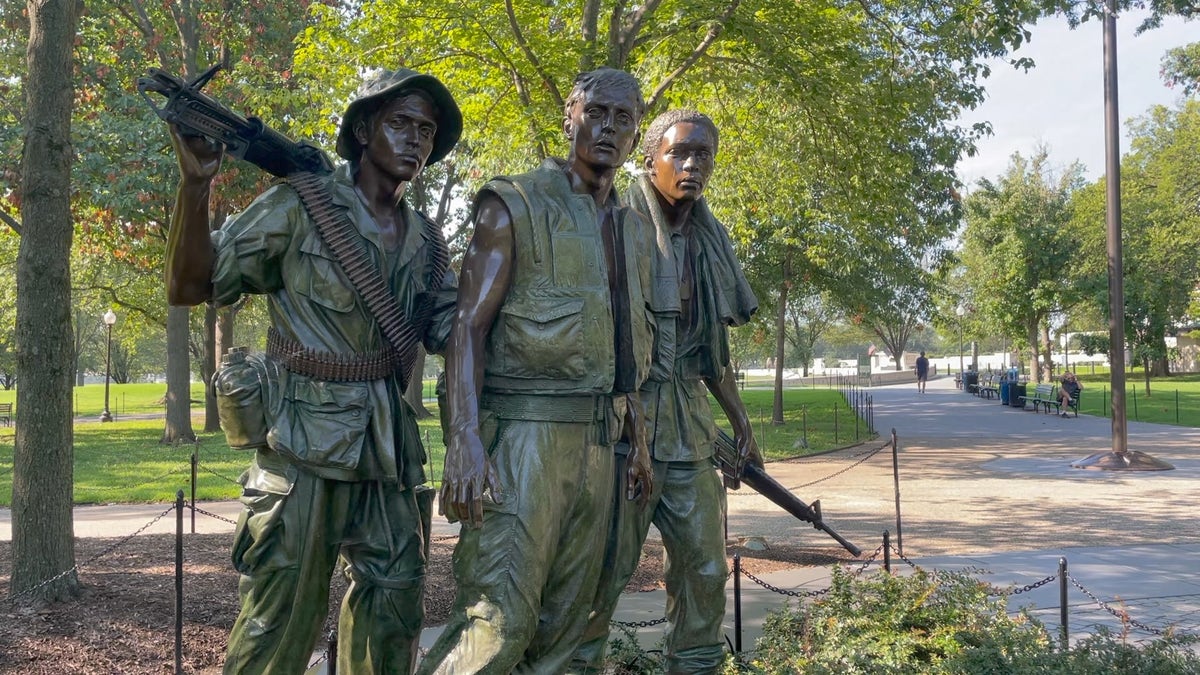 Sen. Joni Ernst is calling out a House committee chairman over his treatment of Gold Star families pushing for a memorial dedicated to service members who died while fighting the war on terror.

A group of 40 Gold Star families in June wrote to House Natural Resources Committee Chairman Rep. Raul Grijalva requesting a legislative hearing about the Global War on Terrorism Memorial Location Act. Grijalva responded three months later after Fox pressed him on the issue, but he didn’t commit to a hearing date.

“This is extremely inconsiderate, considering they and their families have given that ultimate sacrifice with the loss of a loved one in the Global War on Terror,” Ernst, an Iowa Republican, told Fox News. “The delay in response is very appalling to me.”

Then-President Trump in 2017 signed the Global War on Terrorism Memorial Act, which authorized the memorial on federal land in Washington, D.C., but it did not provide a specific location.

Companion bills in the House and Senate call for the memorial to be built on the National Mall in Washington near the World War II, Vietnam and Korean War memorials.

However, these bills have met resistance from the National Parks Service. The acting associate director of park planning told the Senate National Parks Subcommittee that the area in question, known as “the reserve,” was a “completed work.”

Since the hearing, neither the House nor Senate bills have moved forward.

“As pointed out in the National Park Service testimony presented before the Senate Energy and Natural Resources Committee, there are issues we need to resolve to everyone’s satisfaction before finalizing the bill,” Grijalva wrote in response to the Gold Star families. “With those issues in mind, it is important that this Committee hold hearings of its own to better understand the merits of the proposal and determine the best path forward.”

“As my staff puts together the calendar for the remainder of the year, I assure you that I will be happy to hold formal proceedings on the bill,” the Arizona Democrat continued.

Grijalva declined a request by Fox News to be interviewed for this story.

“We’re disappointed that Chairman Grijalva still has yet to schedule a hearing about the legislation,” a statement from the Global War on Terrorism Foundation said. “During the last weeks in Afghanistan, Americans saw U.S. troops act with the bravery, professionalism, and humanity we’ve come to expect after two decades of ongoing war.”

“GWOT service members have sacrificed life and limb in defense of America and its values, and we’re confident Congress will honor our wartime heroes in the sacred place this nation has dedicated for that purpose,” the statement continued.

Ernst, who is a co-sponsor of the Senate bill, said it’s important to break the log jam and establish a location for the memorial quickly.

“We want to make sure that we’re able to complete it in as quick a manner as possible,” she told Fox News. “You know, it took well over 50, 60, 70 years to complete the WWII memorial and what we don’t want to see is those Global War on Terror veterans coming to the memorial in wheelchairs or in walkers.”

“We want them to be able to enjoy it with their families right now, today,” Ernst continued.

In August, a bipartisan group of 25 military veteran lawmakers requested a meeting with President Biden to ask for his help finding a location for the memorial. They have not received a response.

Matt Wall contributed to this report.