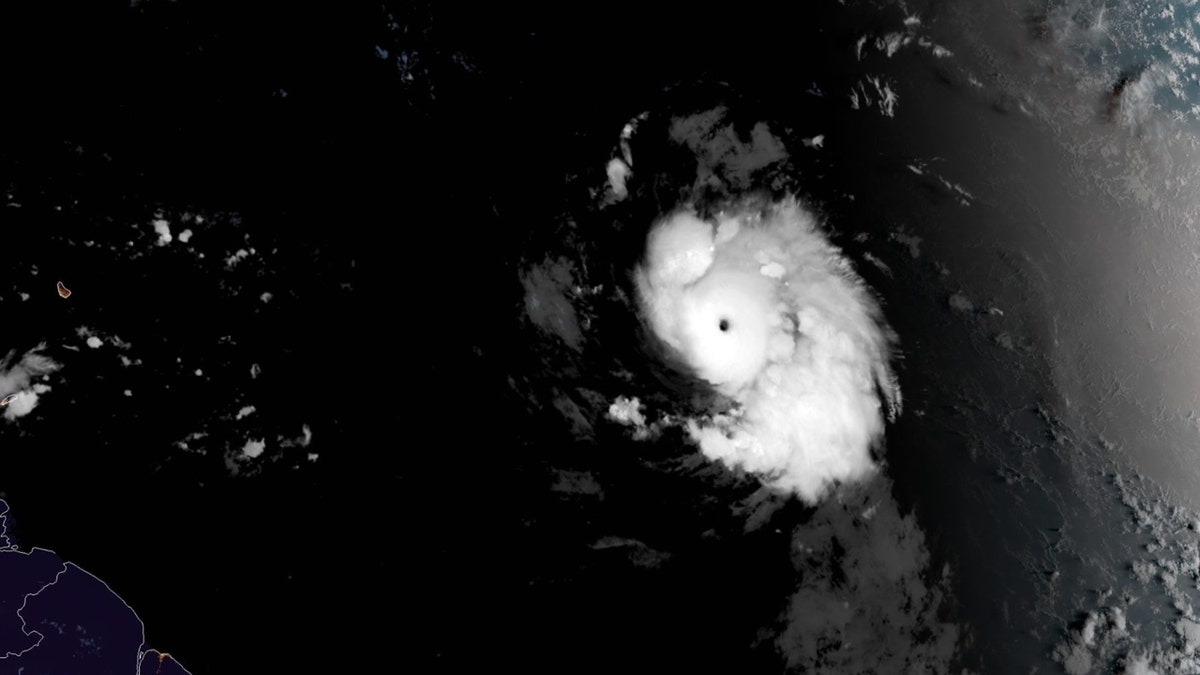 Hurricane Sam was expected to strengthen into a major storm on Saturday.

According to the National Hurricane Center (NHC), Sam was located over the Atlantic Ocean approximately 1,150 miles east-southeast of the northern Leeward Islands.

SMALL UTAH TOWN STOPPED CONSTRUCTION TO SAVE WATER DURING DROUGHT

Sam’s maximum sustained winds have increased to near 110 mph with higher gusts and hurricane-force winds extend outward up to 15 miles from the center.

Tropical-storm-force winds from the Category 2 hurricane extend outward up to 60 miles.

There are no coastal watches or warnings in effect.

Although the agency noted that Sam is a “small hurricane,” additional strengthening is forecast to take place.

Subtropical storm Teresa formed Friday north of Bermuda and was weakening and projected to dissipate on Sunday.

Forecasters said Teresa was located about 150 miles north-northwest of Bermuda on Saturday morning and will likely be the ninth “shortie” of the hurricane season.

A shortie refers to a system that is short-lived and relatively weak.

The NHC said the storm was moving toward the west-northwest near 6 mph.

Its maximum sustained winds are near 40 mph with higher gusts and winds of 40 mph extend outward up to 140 miles from the center.

“Teresa is expected to become a remnant by tonight and dissipate on Sunday,” the agency wrote.