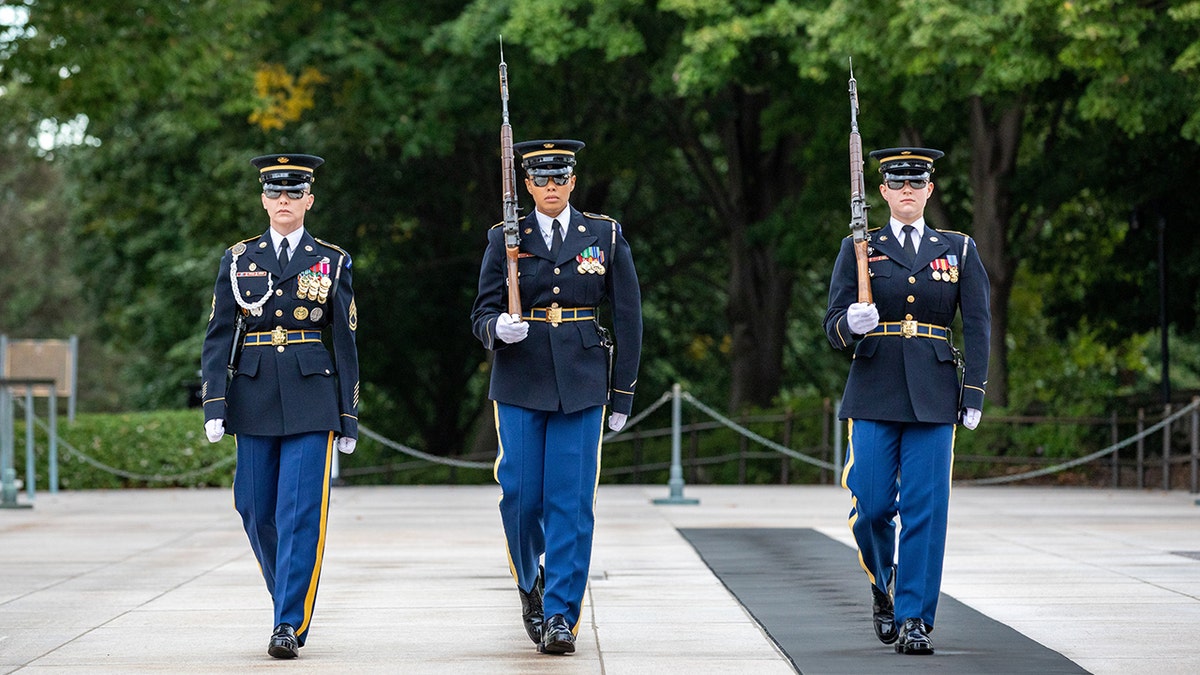 As the Tomb of the Unknown Soldier prepares to mark 100 years at Arlington National Ceremony, a historic first took place Friday during a guard change.

“For the first time in the 84-year-vigil, on the 30,770th day of continuous guarding, an all-female guard change occurred with the 38th Sergeant of the Guard,” the Old Guard tweeted.

VIRGINIA PARENTS SLAM DEMOCRAT MCAULIFFE’S REMARK ON WHAT KIDS LEARN IN SCHOOL: HE IS ‘JUST WRONG’

“We commemorate the achievements of these trail-blazing Tomb Guards,” the Old Guard stated on social media. “While this historic event may be a first, it is not the last. With diversity in our ranks, race, gender, or any characteristics will never hinder, but only enhance the execution of our sacred mission. As we recognize this monumental day, we reflect on the Unknowns and their ultimate sacrifice. The world will never know their names. Their life’s poetry was silenced in the defense of this great nation. We will never forget their sacrifice, and we will never falter as our standard will remain perfection.”

During this time of the year, the military guard at the Tomb of the Unknown Soldier is changed in an elaborate ceremony which happens every hour on the hour from October 1 through March 31, and every half hour from April 1 through September 30.

Twenty-four hours a day, soldiers from the 3rd U.S. Infantry Regiment, known as “The Old Guard,” stand watch over the Tomb. The Tomb Guards, also called “Sentinels,” are chosen for this prestigious and highly selective post only after rigorous training and a demanding series of examinations. The Old Guard has held this distinguished duty since 1948.

Arlington National Cemetery is planning a public celebration of the 100th anniversary of the Tomb of the Unknown Soldier for Veteran’s Day. The hashtag #Tomb100 is already being used across social media platforms to mark the occasion.