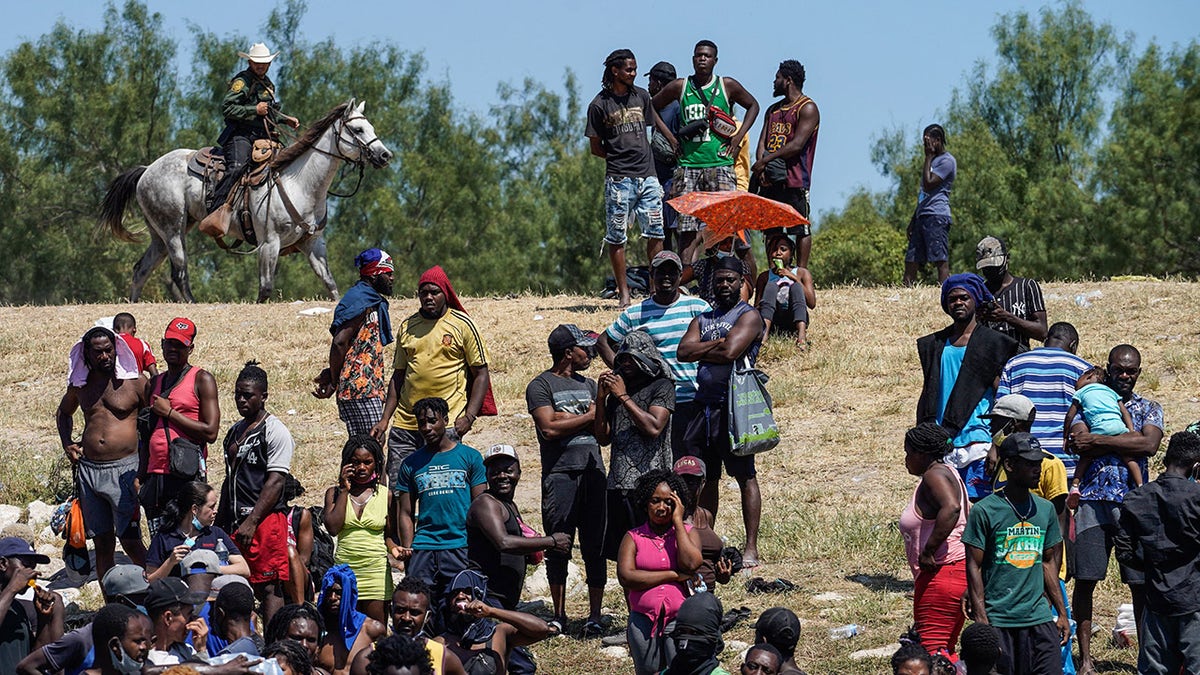 For the final leg of his journey from Chile to the United States, Haitian migrant Fabricio Jean followed detailed instructions sent to him via WhatsApp from his brother in New Jersey who had recently taken the route to the Texas border.

His brother wired him 20,000 pesos (about $1,000 U.S. dollars) for the trip, then meticulously mapped it out, warning him of areas heavy with Mexican immigration officials.

What Jean didn’t expect was to find thousands of Haitian migrants like himself crossing at the same remote spot.

The 38-year-old, his wife and two young children earlier this month joined as many as 14,000 mostly Haitian migrants camped under a Del Rio bridge, many of whom left their homeland after its devastating 2010 earthquake and have been living in Latin America, drawn by Brazil and Chile’s once-booming economies.

Online messages touting the Mexican town of Ciudad Acuña, across from Del Rio, started after President Joe Biden took office and began reversing some of the Trump administration’s immigration policies.

Facebook Inc., which owns WhatsApp, allows people to exchange information about crossing borders, even illegally, but its policy bars posts that ask for money for services that facilitate human smuggling.

Haitians began crossing there this year, but their numbers ballooned after a Biden administration program that briefly opened the door to some asylum seekers ended, said Nicole Phillips, of the San Diego-based Haitian Bridge Alliance, which advocates for Haitian migrants.

Interviews with dozens of Haitian migrants, immigration attorneys and advocates reveal a phenomenon produced partly by confusion over the Biden administration’s policies after authorities recently extended protections for the more than 100,000 Haitians living in the United States.

CIUDAD ACUNA, MEXICO – SEPTEMBER 20: Mounted U.S. Border Patrol agents watch Haitian immigrants on the bank of the Rio Grande in Del Rio, Texas on September 20, 2021 as seen from Ciudad Acuna, Mexico. As U.S. immigration authorities began deporting immigrants back to Haiti from Del Rio, thousands more waited in a camp under an international bridge in Del Rio while others crossed the river back into Mexico to avoid deportation. (Photo by John Moore/Getty Images)
((Photo by John Moore/Getty Images))

TED CRUZ: BIDEN ADMIN TOLD HAITIANS ‘YOU CAN STAY HERE,’ AND THEY SPREAD THE WORD TO FAMILY, FRIENDS

In extending protections for Haitians this spring, the Biden administration cited security concerns and social unrest in the Western Hemisphere’s poorest country.

Robins Exile said he and his pregnant wife, who left Brazil after he lost his job amid the pandemic-wracked economy, headed to Tijuana, Mexico, instead after seeing warnings via YouTube and WhatsApp from fellow Haitian migrants.

“A lot of Haitians are advising now not to come to Acuña. They say it’s no longer a good place,” he said.

“The U.S. is releasing some but just a few,” he said, referring to U.S. officials who told the AP on Tuesday that thousands of Haitians in custody were being let go and ordered to report to an immigration office, contradicting the Biden administration’s announcement that all Haitians camped in the town would be expelled to Haiti.

Despite Biden’s announcement to turn Haitian immigrants around, many families continue to be released into the US.

Homeland Security Secretary Alejandro Mayorkas said the temporary protections were limited to those residing in the U.S. before July 29 — but that condition was often missing in posts, leading Haitians outside the United States to believe they, too, were eligible.

Mayorkas acknowledged that this week, saying “we are very concerned that Haitians who are taking the irregular migration path are receiving misinformation that the border is open,” or that they qualify for protected status despite the expired deadline.

“I want to make sure it is known that this is not the way to come to the United States,” he said.

Thousands of Haitians have been stuck in Mexican border towns since 2016, when the Obama administration abruptly halted a policy that initially allowed them in on humanitarian grounds.