Youngkin aims to reunite Virginia, says Independents and Democrats are beginning to support his campaign 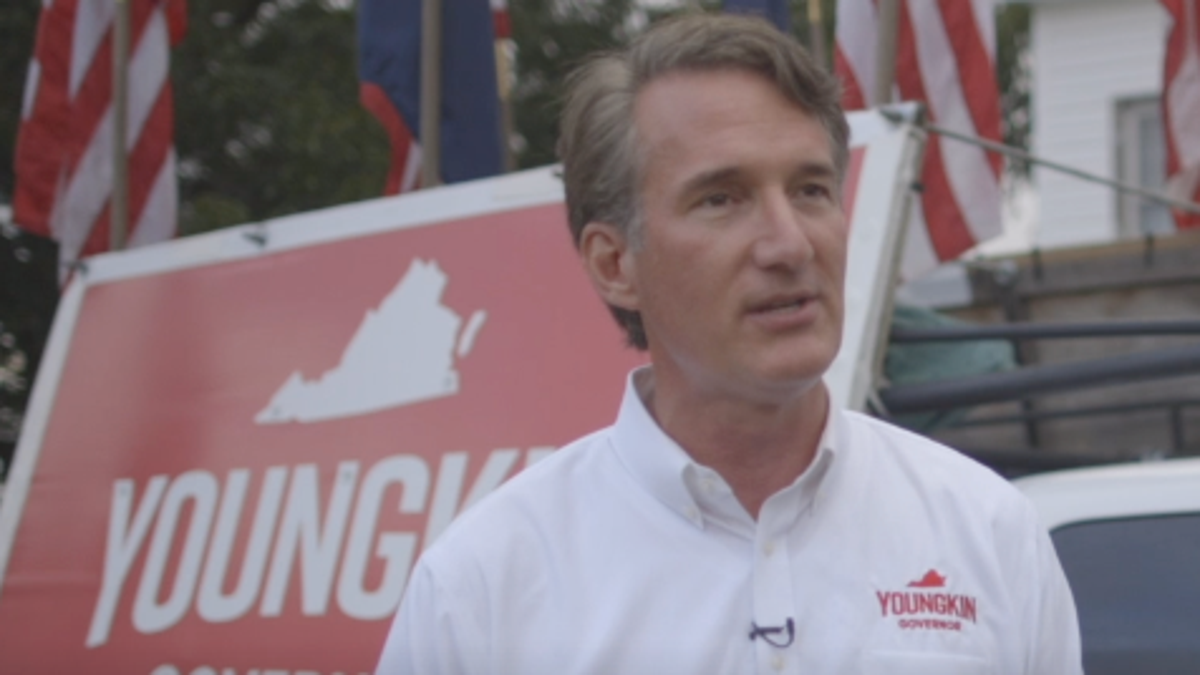 Fox News was given exclusive access to shadow Glenn Youngkin, Virginia’s Republican gubernatorial nominee, as he crisscrossed the state on the first day of early voting. Fox News made multiple requests for similar access to Terry McAuliffe, the Democratic nominee, but did not receive a response.

As Fox News pulled into a parking lot in downtown Radford, about 275 miles southwest of Washington, D.C., around 60 people stood in front of a trailer attached to a pickup truck that had been converted into a makeshift stage. It was the first day of early voting in the Commonwealth of Virginia, and attendees were there to show support for the Republican nominee for governor, Glenn Youngkin, a businessman who made millions working in private equity.

Virginia state Sen. T. Travis Hackworth repeatedly labeled McAuliffe as “Pinocchio” for what he viewed as dishonest and inaccurate attacks the former governor made against Youngkin at a debate the night before.

“I support Mr. Youngkin because his values align with my values, in terms of family, in terms of fiscal responsibility,” Radford City Councilmember Onassis Burress, a supporter at the rally, told Fox News.

Another attendee said she backed Youngkin because she wanted “to turn Virginia red,” a harsh reminder for Republicans that the last time Virginia elected a GOP governor President Obama was in his first year in office.

The race between Youngkin and McAuliffe is tighter than many political commentators expected. Last week, Cook Political Report labeled the race a “toss up,” a designation reserved for only the most competitive contests. In February, it was considered “likely Democrat.”

Youngkin’s next campaign stop was about two hours to the northeast, behind the Augusta County Registrar’s Office in Verona.

One of the attendees told Fox News she believes Youngkin can help bring Virginians together.

“We need to go back to being a country, a united country,” she said. “And not one divided up into these little segments where everybody is at each other. I think Youngkin can do that.”

Outside the venue, a group of police officers greeted Youngkin as he arrived. Fox News spoke with several officers, who all said they backed him because of what they view as his pro-law enforcement position.

“I’m here to support Glenn Youngkin,” Staunton Sheriff Matt Robertson said. “Glenn stands up for law enforcement, and that’s what we need right now. We need somebody who’s going to stand up for us, so we can do our job better, more efficiently and safely.”

“I was just at a sheriffs’ conference two days ago, and Mr. McAuliffe came in and talked to me and disrespected a lot of sheriffs in the way he answered questions,” he said. “I don’t believe he does support law enforcement.”

Youngkin said he would “comprehensively fund law enforcement, not defund.”

“We have a problem right now where we’re understaffed everywhere because law enforcement’s been defunded and demeaned,” Youngkin said. “Law enforcement does not trust Terry McAuliffe.”

Former President Trump has loomed large over the race. McAuliffe has repeatedly attacked his opponent by linking him to Trump. In a recent debate, he called Youngkin, who received an endorsement from the 45th president, a “Trump wannabe.”

Walking the line between embracing the former president and admonishing him is a balancing act that Youngkin believes he’s successfully navigated.

The final stop of the day was 120 miles east in Chesterfield, not far from Richmond, where Youngkin spent much of his childhood.

As he took the stage, he looked out to approximately 150 supporters. Midway through his stump speech, several protesters attempted to storm the stage but were stopped by Youngkin’s security team.

Fox News asked the protestrrs what their message was for Youngkin. A young woman who said she was a member of a student-led pro-life group stated she was upset by his position on abortion.

“We want to see Glenn Youngkin have a full pro-life stance,” she said. She couldn’t elaborate when Fox News asked her to explain further.

Youngkin clarified his position during an interview Fox News after the event.

“My position on the abortion issue is, I am pro-life,” he said. “I do believe in exceptions in the case of rape and incest and when the life of the mother is in jeopardy.”

Youngkin also said, if one came across his desk, he would not support a bill in Virginia modeled after the Texas abortion law that would outlaw nearly all abortions after six weeks.

After the event ended and attendees began to leave, a light rain started to fall. Youngkin stayed after his remarks for several minutes to speak with supporters and take pictures in front of a campaign sign in front of the stage.

As yet another long day on the campaign trail for Youngkin came to a close, he had one last message for the voters of Virginia: “Let’s come together, and let’s move forward together. Let’s elect a new kind of leader. A new kind of leader who knows how to create jobs and get things done as opposed to somebody who’s just recycling tired old policies.”