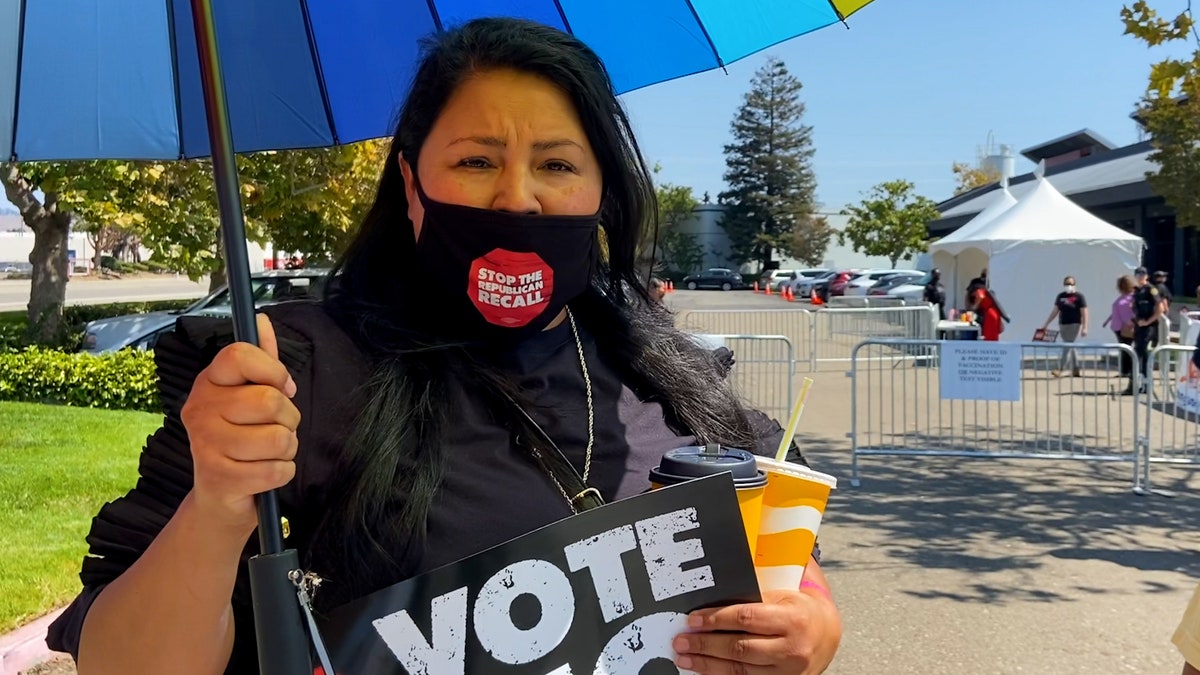 Gov. Gavin Newsom supporters at a rally sounded off about Larry Elder, the leading Republican candidate in the California recall election.

The Newsom supporters were gathered in San Leandro, where Vice President Kamala Harris joined the governor to rally against the recall effort.

“Oh Jesus, nothing good to say about the man,” one man told Fox News of Elder, a longtime conservative talk radio host. “He’s a disappointment as a human being. He’s an embarrassment.”

One woman said: “We don’t need a California Trump.”

Elder is the polling frontrunner among the replacement candidates, though as of Sept. 8, polls show around 54% of voters want to keep Newsom in office. The governor needs only a simple majority to keep his position.

“He’s completely out of touch,” one woman holding a sun umbrella said. “He thinks that women don’t deserve to be paid the same wages as their counterpart males.”

Another man holding a “Stop The Republican Recall” sign said: “He doesn’t believe in rights for women or equal pay.”

Elder has faced criticism for writing in 2000 that “women know less than men about political issues, economics, and current events.” Elder – when recently asked about the piece as well as in the column itself – pointed to a University of Pennsylvania study that he said found men were more knowledgeable on 15 of 25 issues.

The supporter with the umbrella said Elder would “undo” all of Newsom’s work.
“And that is to have masks in schools, and health care workers be vaccinated.”

“We need to continue to push forward for everything we have fought for,” she continued. “So vote ‘no’ to the recall.”

The recall effort picked up momentum after Newsom was spotted at a high-end restaurant without a mask. The California governor had issued strict masking, social distancing and lockdown policies to combat the COVID-19 pandemic, which recall supporters have criticized as overly aggressive.

“It would be a huge mistake if [Elder] took over as governor. It would set us back years,” the man holding the sign told Fox News.