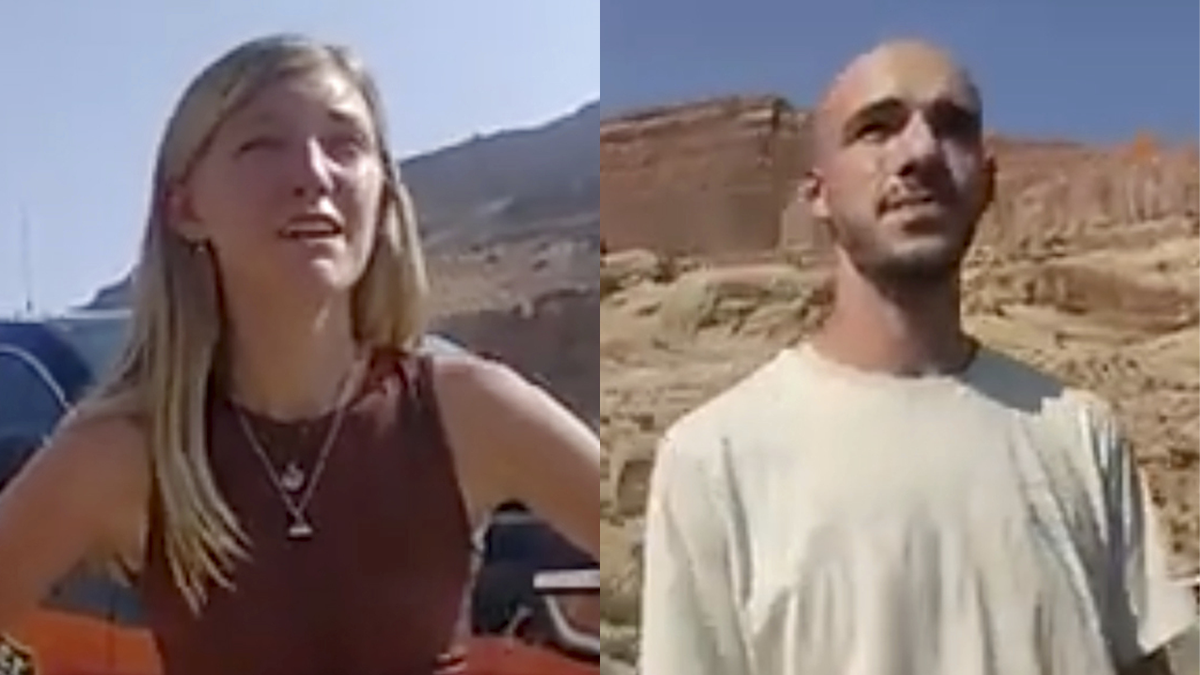 NORTH PORT, Fla. – Minutes after Utah police were told about a report of a man striking a woman and taking off in a white Ford Transit van with Florida plates, officers pulled over Brian Laundrie and Gabby Petito and appeared to zero-in on her as the aggressor, dispatch radio recordings show.

“RP (reporting party) states seeing a male hit a female, domestic,” the dispatcher states at around 4:38 p.m. MT on the day of the incident. “He got into a white Ford Transit van, has a black ladder on the back, Florida plate.”

The dispatch audio, first obtained by the investigative unit at FOX 13 Utah, shows the dispatcher did in fact inform the officers of allegations that Laundrie had been the aggressor – shedding new light on a situation that initially seemed like police didn’t know about the witness’ claims.

After an officer asks for the witness’ phone number and victim location, the dispatcher again indicates that Laundrie had struck Petito.

“Phone number is [redacted], name’s [redacted],” the dispatcher responds at 4:42 p.m. “I’m not sure [inaudible], but the female who got hit, they both, the male and the female, both got into the van and headed north.”

Audio on the bodycam recording begins at 4:44 p.m. 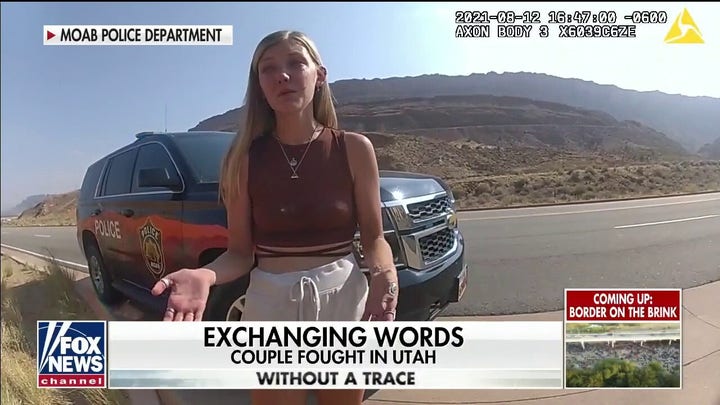 Under Utah law, officers are required to make an arrest or issue a citation when they have “probable cause to believe that an act of domestic violence has been committed.”

Moab city officials announced an external investigation into their police department’s handling of the call earlier this week.

“I think they will find that they sort of manipulated the situation to not take someone into custody,” he told Fox News on Sunday. “I think the fact that they had another eyewitness that is not involved in it, and is objective, and said ‘he hit her’ … you’re going to have a majority of officers take him into custody.”

Fox News Digital was first to report the Aug. 12 domestic incident after Petito’s disappearance gripped the country on Sept. 11.

Witnesses reported seeing the couple fighting outside the Moonflower Co-op, an organic grocery store in downtown Moab. One caller told police he saw Laundrie slapping and hitting Petito. Another witness said it appeared that he was trying to take her phone and drive away without her.

But Laundrie, Petito and a witness identified only as “Christopher” told police nothing about him hitting her, according to the Moab Police Department’s incident report.

“The witness says, ‘I never saw him hit her. I saw him shove her, but I couldn’t tell if it was an aggression against her or her defense against her as far as her being the aggressor,’” one of the officers says in the bodycam recording. “So at this point, unless the guy’s screaming that he’s going to jail and did something to this girl, it sounds like she is the primary aggressor.”

Petito, through tears, did tell officers that Laundrie had tried to keep her out of the van – which was registered in her name. And several experts told Fox News that her repeated apologizing and apparent self-blaming could indicate that she was a victim of domestic abuse.

Officers made no arrests and issued no citations – instead choosing to separate the couple for the night. Police drove Laundrie to the Bowen Motel in downtown Moab and left Petito with the van that the couple had been living out of during a cross-country road trip.

But management at the motel could not confirm whether Laundrie ever checked in – a nonprofit for domestic abuse victims booked the room on his behalf. And the owner told Fox News that he had no surveillance video showing Laundrie on the premises.

Moab police did not immediately respond to Fox News’ requests for comment.

Two weeks after the Moab incident, eyewitnesses said they saw the couple involved in another incident in Jackson Hole, Wyoming.

Laundrie was seen repeatedly entering the Merry Piglets restaurant to argue with the hostess and other female staff, as a distraught Petito apologized. That may have been the last time she was seen in public alive.

“I think the hardest part about the whole thing is, even if they had arrested the wrong one, there’s a good chance she might be alive,” Tolman said. “And, you know, there’s a reason why domestic violence laws have changed and why there’s a no tolerance reaction to them.”