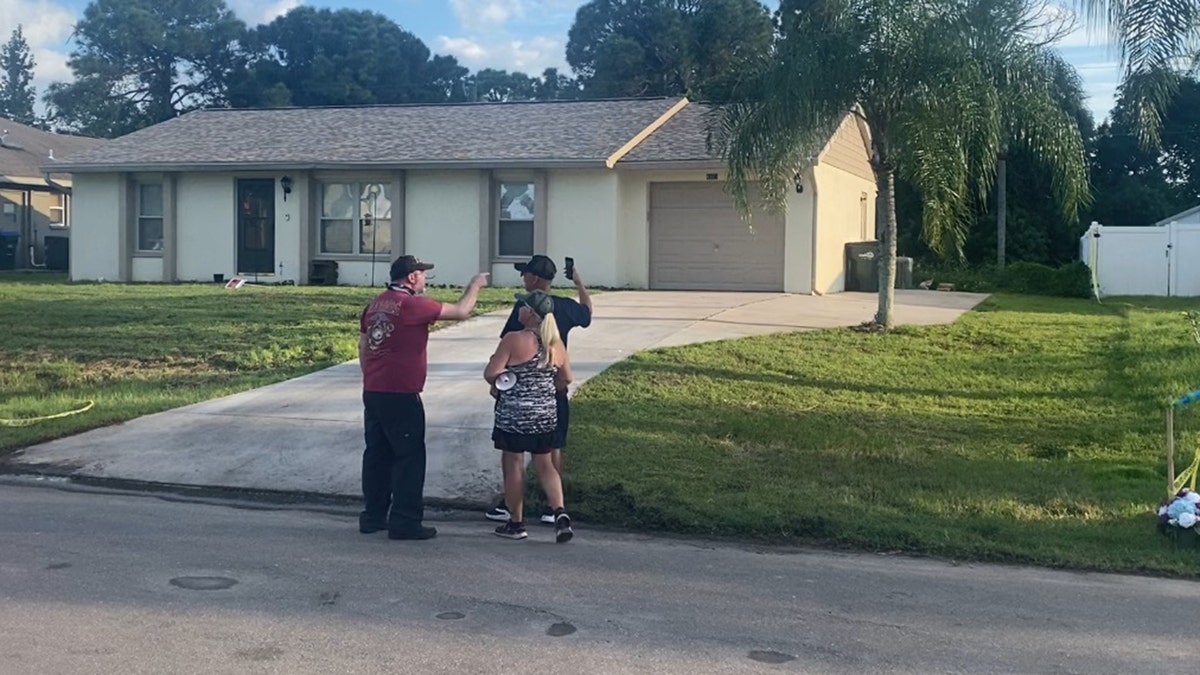 Tensions boiled over Wednesday evening outside the Laundrie family home in North Port, Florida, after a neighbor confronted a protester for allegedly trespassing on his property.

The home has been the focus of media attention since Gabby Petito was reported missing earlier this month and the subsequent disappearance of Brian Laundrie, who lived with her at the home for about two years before their cross-country journey.

Two protesters with megaphones have taunted and yelled at the Laundrie family from outside the home for the past few days from morning to evening. At around 6 p.m. on Wednesday, a neighbor came to the front of the house and appeared to push a male protester.

“You can sit here all you want with your megaphone. I don’t care, but you come on my property again, I’m going to f****** beat your a**,” the neighbor yelled at the protester as he threatened to call 911.

The neighbor then pulled out a cell phone to try to show proof that the protester came on his property before walking away.

“You’re going to jail,” the protester said while filming the encounter. “You just assaulted me on camera.”

The neighbor was arrested later in the evening and charged with battery, according to the North Port Police Department.

Laundrie’s parents, Chris and Roberta, reported their son missing about two weeks ago, just weeks after his fiancee Petito vanished. Her remains were found in Wyoming’s Bridger-Teton National Forest on Sept. 19. Laundrie retained a lawyer and refused to cooperate with authorities before he went missing himself, according to police.

His parents, meanwhile, have laid low in their North Port home, which has been inundated with protesters for weeks.

The couple made it through Kansas, Colorado and eventually Utah, where the couple got into a domestic altercation on Aug. 12.

A witness told authorities that he saw “a male hit a female,” but Moab police officers appeared to zero in on Petito as the aggressor after pulling the couple over. The officers eventually separated Petito and Laundrie for the night and no charges were filed.

Petito then disappeared in late August and Laundrie returned home to Florida with her white van on Sept. 1 without her. She was officially reported missing in her Long Island hometown on Sept. 11 and her remains were found eight days later. A coroner ruled her death a homicide, but autopsy results are still pending.

Laundrie’s parents reported him missing on Sept. 17, telling authorities that they hadn’t seen him in three days.

The U.S. District Court of Wyoming issued a federal arrest warrant for Laundrie on Sept. 23, alleging that he committed debit card fraud between Aug. 30 and Sept. 1. 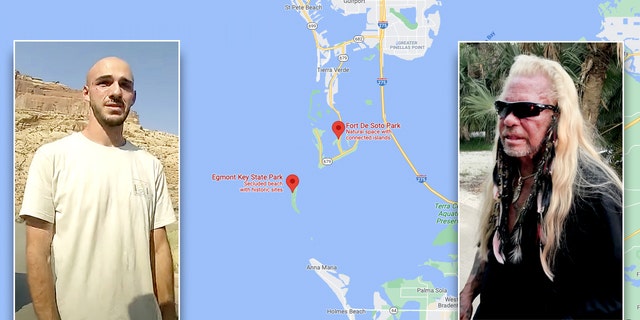 Law enforcement has now spent more than a week searching the Carlton Reserve, a 24,000-acre swampy expanse about 15 minutes from the Laundries’ home that is full of boar, black bears, alligators, and poisonous snakes.

In recent days, the search has shifted to a campground about 75 miles north of the Laundries’ home that the family stayed at from Sept. 6-8, according to documents obtained by Fox News.

Duane “Dog the Bounty Hunter” Chapman took a private search and rescue K-9 team to scour a nearby island called Egmont Key on Wednesday, but did not find any conclusive evidence that Laundrie was there.