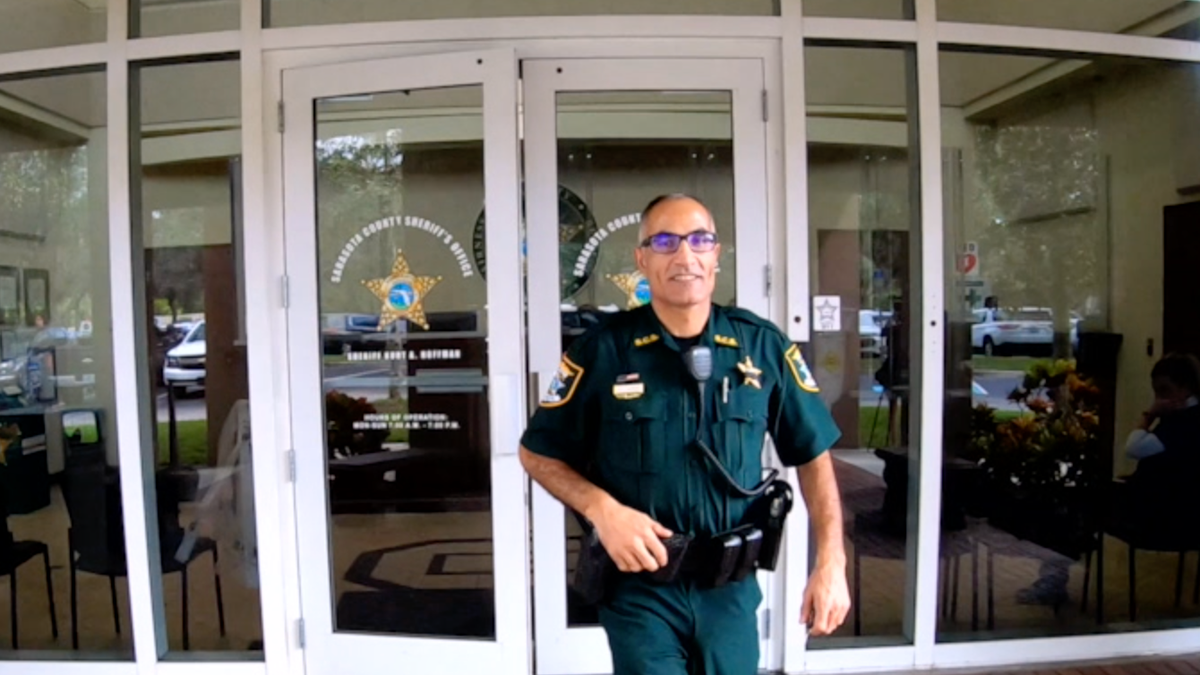 Marine Corps Col. Randy Hoffman and his cousin, Sarasota County Sheriff Kurt A. Hoffman, share more than a last name and legacy of service. Both men have also had the fortune to work alongside a man the colonel called “one of the finest men” he’s ever served with.

GEORGE W. BUSH HAS MESSAGE FOR AFGHANISTAN WAR VETERANS: ‘NOTHING CAN TARNISH YOUR HONOR’

“He had very good English skills that he had learned prior to my arrival, and Deputy Mubarak essentially came on first as an interpreter. But then later, we learned he had much greater value actually serving as an operations officer,” said Col. Hoffman, who served eight tours in Afghanistan and was part of one of the first special operations team to go into the country following 9/11.

Mubarak, who was born in northern Afghanistan, told Fox News: “My father encouraged me and my other brother to reach out to the coalition forces, specifically the Americans in our province, and extend … help to them in terms of becoming a linguist.”

Col. Hoffman said there were at least 10 occasions when Mubarak’s “decisions not only saved my life, but saved the life of all the other Afghan Special Forces and the other U.S. military special forces.”

“When I say he saved my life, what I mean by that is he made decisions daily and certainly on specific occasions that prevented myself and other special operators from going into an area that where we would have been killed,” he continued.

Mubarak told Fox News the U.S. military treated him “exactly as the rest of the team members.”

Mubarak immigrated to the U.S. in 2009 on a special immigrant visa following his service with the U.S. military. He worked nights and attended school.

Mubarak decided he wanted to continue his career in service. This time, his path would take him to the Sarasota County Sheriff’s Office.

Sheriff Hoffman said his cousin told Mubarak: “Well, you want to go down and work for one of the best agencies in Florida and that happens to be run by my cousin Kurt Hoffman?”

Mubarak “emailed me. I sent him a little bit of information,” Sheriff Hoffman told Fox News. “He looked at some other agencies, and thankfully he chose us.”

“He came down, got enrolled in the academy, graduated number one in his class, also won the physical fitness award,” Sheriff Hoffman continued. He “missed the top shot shooting award by one round, so he almost pulled off the trifecta, in the academy.”

For Mubarak, the decision to choose a career in law enforcement was easy.

“Being a member of Sarasota Sheriff’s Office was, was an excellent opportunity for me,” Mubarak said. “The happiest day for me is when I get a call, I go out there, I talk to the family, and I’m able to solve their problem.”

As Mubarak’s law enforcement career was taking off, the security situation in his home country rapidly deteriorated as U.S. troops withdrew.

The Afghan native knew his family could face retribution from the Taliban because of his service with the coalition forces, so he again joined forces with Col. Hoffman to help his family escape.

Col. Hoffman, who was already working with thousands of other veterans to evacuate Americans and Afghan allies trapped in Afghanistan, helped 33 of Mubarak’s family members escape to the U.S. He said he and his cousin worked with senior Marine Corps leaders, enlisted Marines on the ground at the Kabul airport, and Florida Sen. Rick Scott.

Now that most of Mubarak’s family is in the U.S., Sheriff Hoffman has launched a GoFundMe page to help get them resettled.

“There’s going to be a lot of struggles with his family coming over,” he said. “We have 33 family members, four of which speak English. The rest don’t.”

Mubarak hopes his family will join him in Florida. Mubarak told Fox News he will “explain America” and the “opportunities we have in this country” to them.

“It is up to each individual to recognize these opportunities and to work toward those opportunities, set up goals for themselves and reach their goals,” Mubarak said.