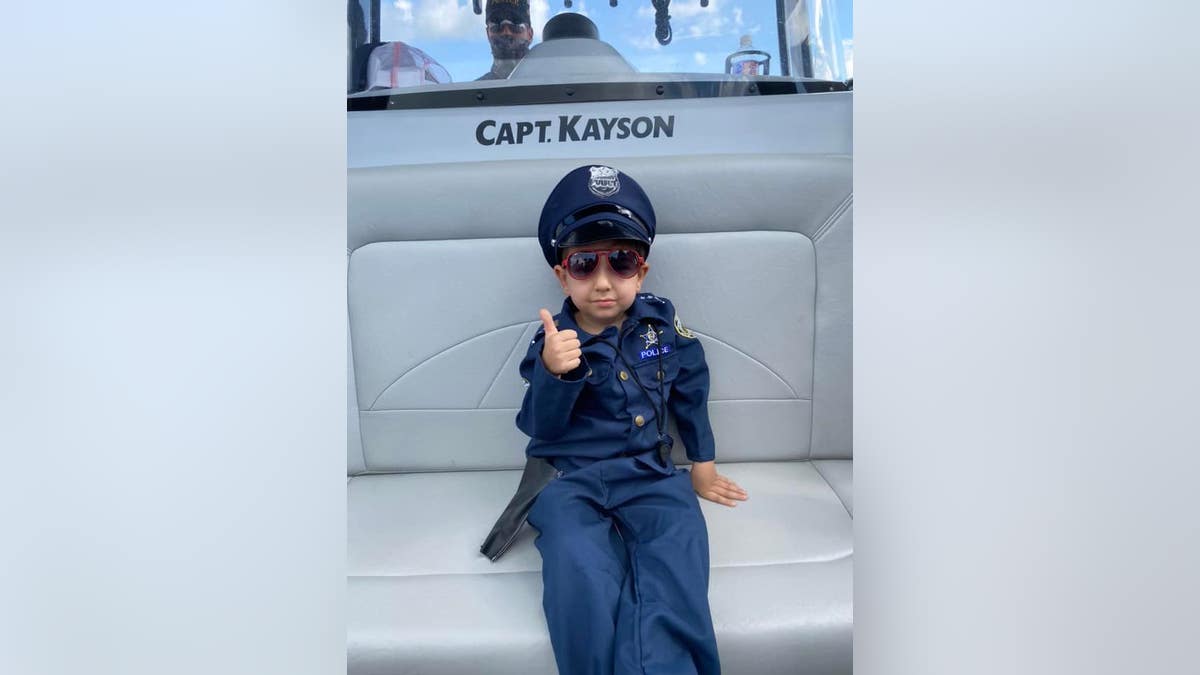 The North Miami Police Department showed their support for 6-year-old cancer warrior Kayson Diaz by naming him honorary captain of a police boat. Kayson is undergoing his second fight with brain cancer. 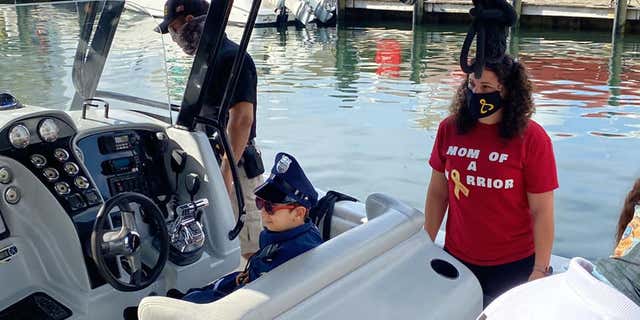 What do you do when 6-year-old cancer warrior Kayson says he wants to captain a police boat? You dub him "Captain Kayson."
(Photos by North Miami’s Police Department)

The North Miami police department, Miami-Dade fire rescue, and other local agencies came together to celebrate “Captain Kayson” with a local boat parade.

In an interview with Miami FOX affiliate WSVN, his family said this is a special and important day for the 6-year-old. In Spanish, Kayson’s mother said that Kayson had always loved boats, since his dad owns a boat. 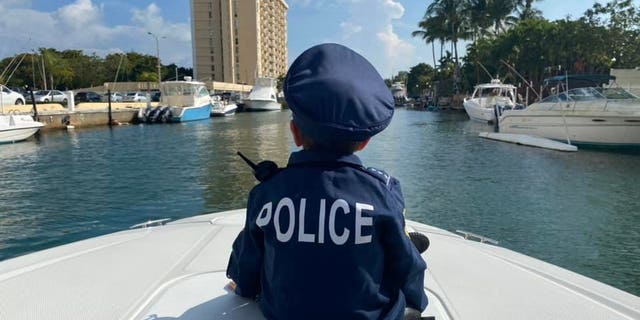 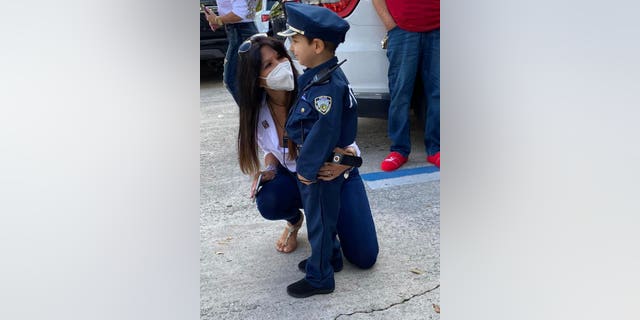 “Through his pain, he’s receiving so much happiness today,'” Kayson’s mother said.

The celebration was organized by North Miami’s Marine Patrol Unit dedicated to “Making a Positive Impact.” 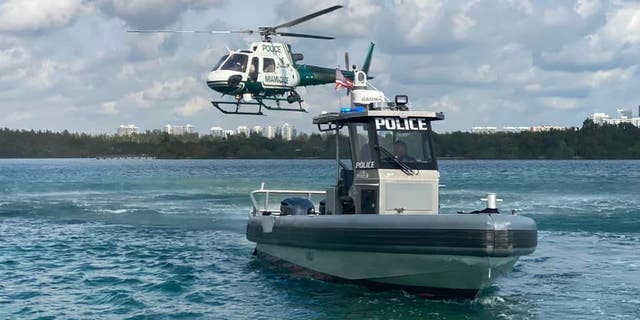 “It is critically important. It’s part of the fabric of what law enforcement’s about, especially the North Miami Police Department,” North Miami Police Chief Larry Juriga said. “We are here for the community. We are their friends, their protectors, and we love doing these types of things.”

Captain Kayson took a helicopter escorted tour of the marina along with police personnel.