HomeusFlood advisories continue for Southeast, potential storms could develop in Atlantic
us Flood watches and warnings are still in effect on Friday from southeastern Louisiana to the Florida Panhandle as locally heavy rain from the remnants of Nicholas continues. 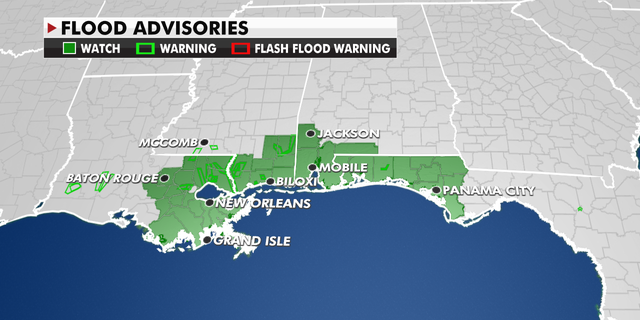 Strong storms will develop later today from Nebraska to Minnesota as a cold front moves into the region. 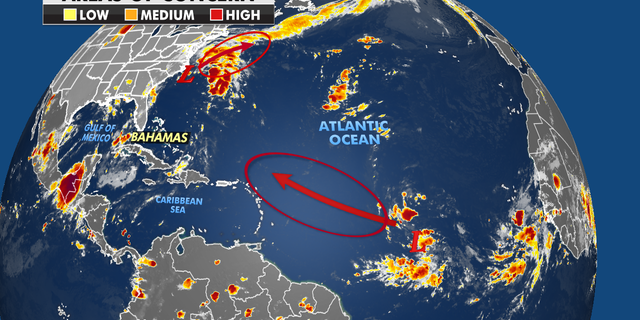 Areas of concern over the Atlantic
(Credit: Fox News)

We’re still monitoring two disturbances in the Atlantic that are likely to develop into tropical depressions and/or storms in the next day or two.

A disturbance east of the Carolinas may organize as it moves parallel to, then away from the East Coast, where rough surf and a high rip current risk will carry into the weekend.

Another disturbance in the Central Atlantic may develop over the next couple of days, with no imminent threat to the U.S. 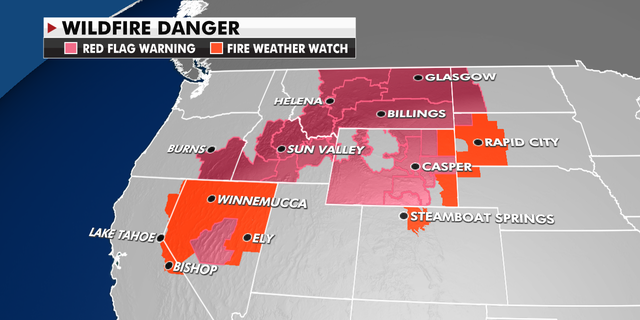 Dry fuels and gusty winds will keep the wildfire threat elevated from the Great Basin to the Northern Rockies. 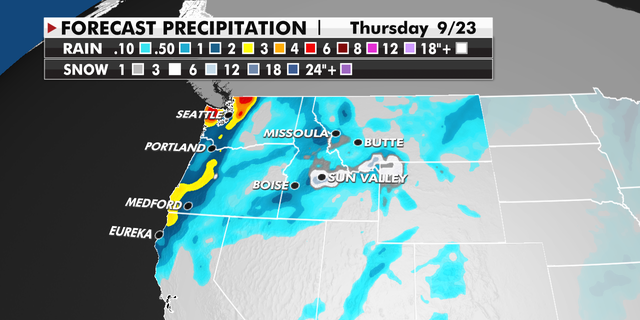 A system moving into the Northwest and Northern Rockies this weekend will provide cooler temperatures and some rain over wildfires currently burning in the area.

Janice Dean currently serves as senior meteorologist for FOX News Channel (FNC). In addition, she is the morning meteorologist for FNC’s “FOX and Friends” (weekdays 6-9AM/ET). She joined the network in January 2004. She is the author of several books. Her latest is “Make Your Own Sunshine.” Click here for more information on Janice Dean.