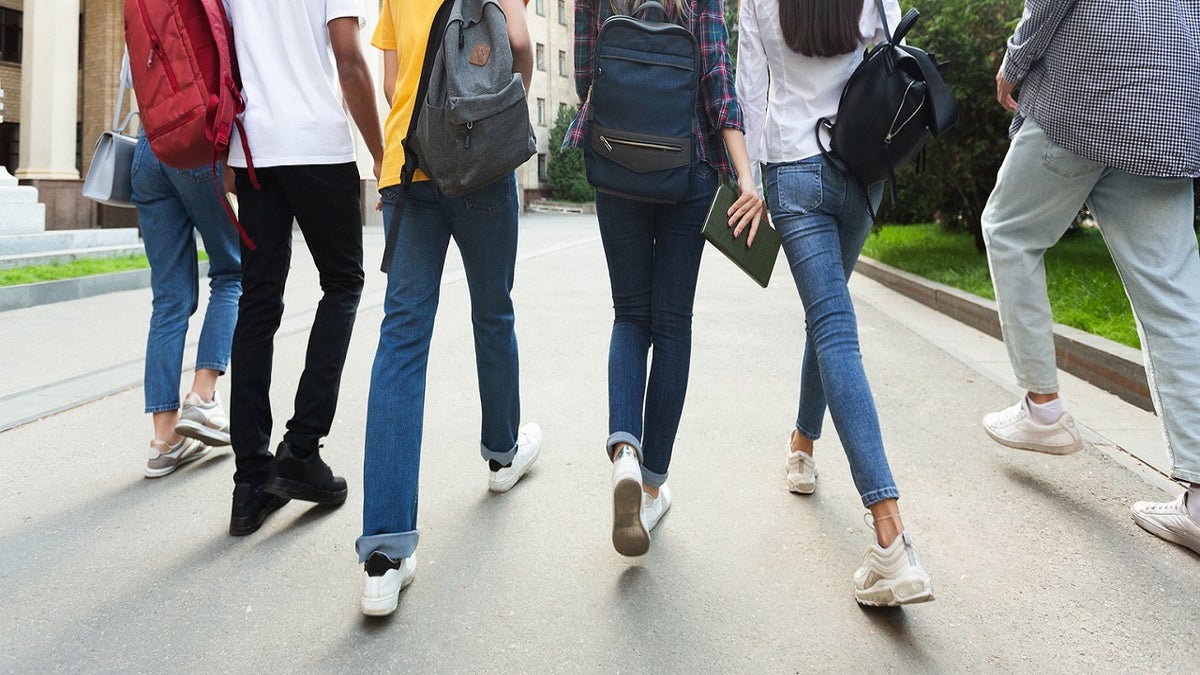 Video of a Virginia mom confronting her local school board over pornographic materials has gone viral after she read aloud graphic texts and displayed the shocking images in question.

The clip shows mother-of-six Stacy Langton, whose two eldest kids attend Fairfax High School, first explaining during her speaking time at Wednesday night’s Fairfax County Public Schools board meeting that after seeing stories about certain pornographic books in other school districts around the country, she decided to check the titles at her own kids’ school.

Sure enough, Langton was able to check out the two books she had seen other parents protest — “Lawn Boy” by Jonathan Evison and “Gender Queer: A Memoir” by Maia Kobabe — at the Fairfax High School library.

“Both of these books include pedophilia,” Langton told the board. “Sex between men and boys … One book describes a fourth-grade boy performing oral sex on an adult male. The other book has detailed illustrations of a man having sex with a boy.”

“Do not interrupt my time,” Langton replied as the board started calling for the next speaker.

The crowd behind Langton then stood up and applauded her as she remained at the lectern and tried to finish her speech. As the mother was approached and told her speaking time was over, the crowd began chanting at the school board, “Go to jail!” before Langton told the board members they were in violation of Virginia law and “should be charged accordingly” for allowing minors to view pornography.

The footage was recorded by Asra Nomani of the organization Parents Defending Education.

Langton told Fox News that her younger four children attend private schools, but she and her husband decided to send their older two to high school at the public school. She said finding out these materials are available to kids is “completely shocking” and “completely unacceptable,” with the added insult that their tax dollars are paying for it.

“I’m not one of those activists moms or disgruntled moms,” Langton said. “This is not about being anti-gay, anti-trans or whatever. I would have been there and said every single word I said if this had been the depiction of a heterosexual couple with heterosexual acts — pornography is pornography, and I don’t care what the gender is. And by the way, it’s even worse that the pornography involves children. That takes it to a whole other level of evil.”

The mother’s speech appears to have made some impact.

Fairfax County Public Schools told Fox News on Friday that both of the books Langton protested at the meeting “will be suspended with immediate effect.”

“FCPS is in the process of convening two committees made up of staff, students and parents led by our Library Services Coordinator to assess the suitability of both texts for inclusion in our high school libraries,” the district said in a statement. “The recommendation of the committees will be put forward to the Assistant Superintendent of Instructional Services who will make a final decision as to whether FCPS continues to provide access to these books in our high school libraries.”

Langton told Fox News that the school system has a shared library system, meaning middle school students also had access to the books she described.