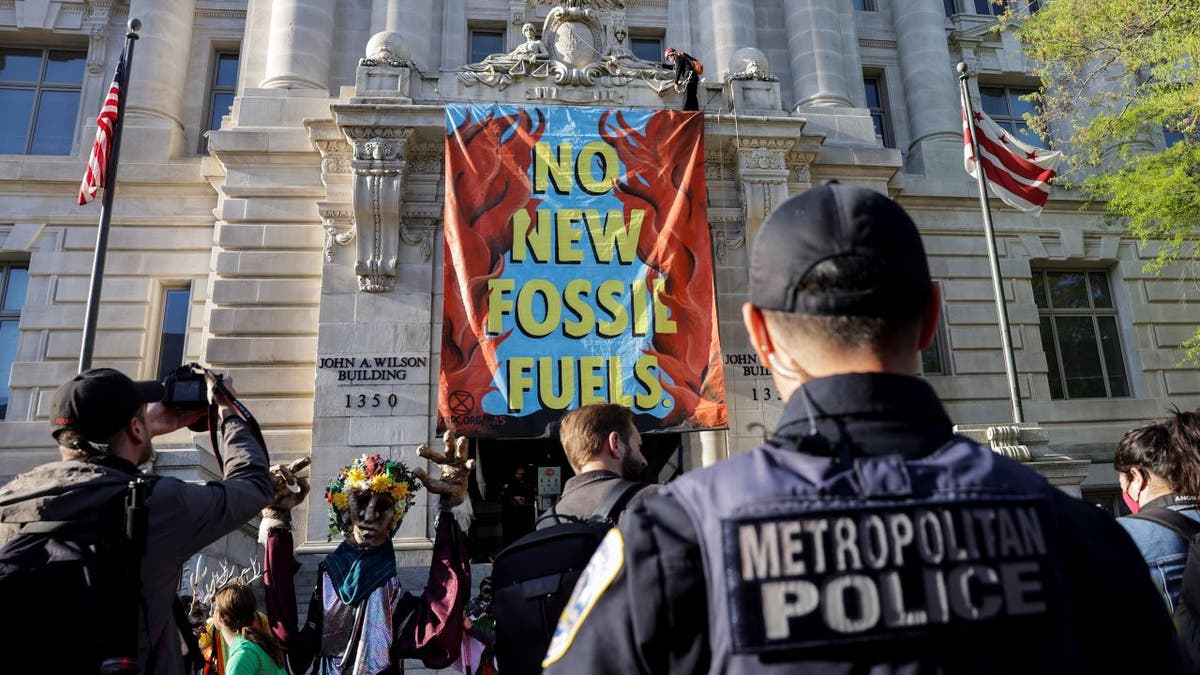 An environmental protester scaled the facade of Washington D.C.’s John A. Wilson District Building on Friday to commemorate Earth Day by unfurling a large banner calling for the end of fossil fuels.

“No new fossil fuels,” said the banner which was displayed outside the building that houses the office of D.C. Mayor Muriel Bowser and the D.C. council.

CELEBRITIES, POLITICIANS WHO LOVE TO LECTURE AMERICA ON THE ENVIRONMENT BUT RARELY PRACTICE WHAT THEY PREACH 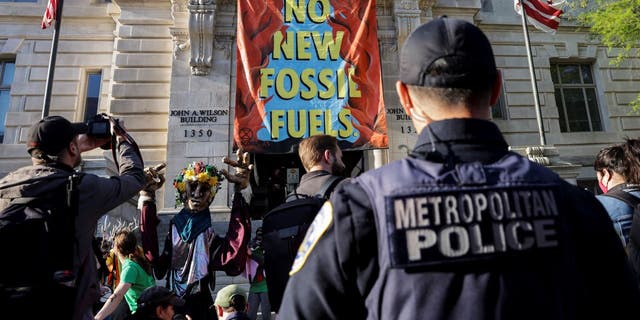 The environmentalist group Extinction Rebellion claimed responsibility for the protest on Twitter.

“Earth is in crisis,” the group tweeted. “Fossil fuels are choking humanity. To avoid climate hell we have to stop building new fossil fuel infrastructure – NOW. But @WashingtonGas plans to spend $5bn on new fossil fuel pipes. And @councilofdc is letting them get away with it. 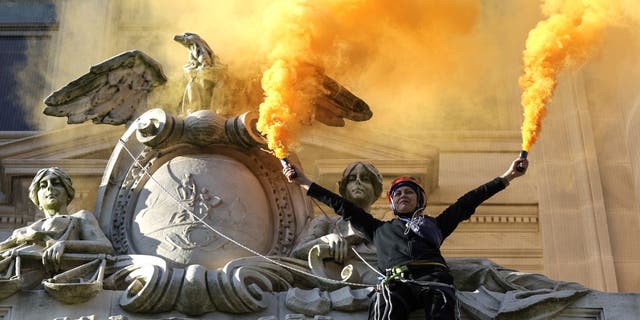 The group added in a press release that the protester, Erica Madrid, was arrested.

“D.C. residents with Extinction Rebellion blockaded the entrance to city hall with a huge banner on Earth Day, kicking off a sustained campaign of nonviolent civil disobedience to demand an end to all new fossil fuel infrastructure in the nation’s capital. Police arrested Erica Madrid, who climbed the building to unfurl the banner,” the press release stated.

Washington D.C. Metro Police confirmed to Fox News that they responded to the 1300 block of Pennsylvania Avenue around 7:24 am on Friday in response to calls that an individual had scaled the building and made an arrest. 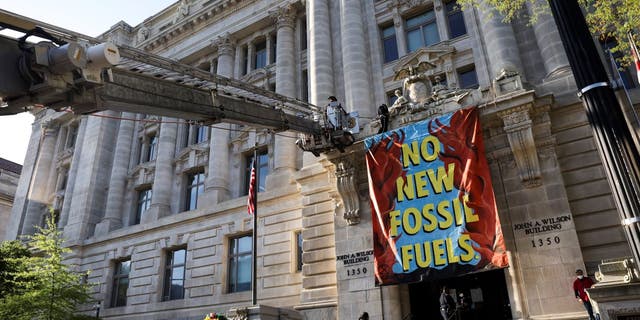 WASHINGTON, DC – APRIL 22: The fire department uses a ladder truck to remove an environmental activists with the group Extinction Rebellion DC after they scaled the Wilson Building as part of an Earth Day rally against fossil fuels on April 22, 2022 in Washington, DC. The group is protesting Washington Gas’s use of methane and their planned expansion of gas infrastructure. (Photo by Kevin Dietsch/Getty Images)

“D.C. Fire and Emergency Medical Services assisted the individual from the top of the building and the individual was then placed under arrest,” police said in a statement. “”The arrest was made by DGS Protective Service Division. This incident is currently under active investigation.”