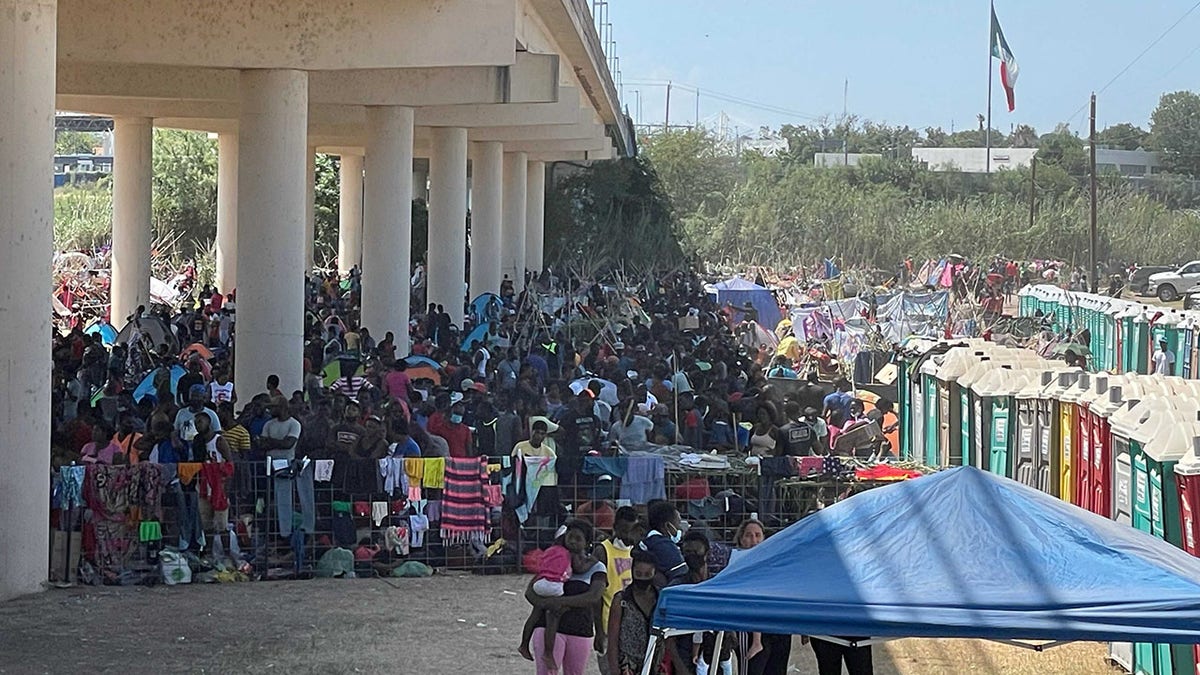 A coalition in Del Rio, Texas, helped coordinate travel for nearly 1,200 migrants between Sept. 20 and Sept. 24 and provided them with food and hygiene kits.

“It’s not their intent to stay in Del Rio,” Val Verde Border Humanitarian Coalition (VVBHC) director of operations Tiffany Burrow told Fox News. “They want to reunite with their loved ones.”

VVBHC, a faith-based organization, describes itself as a group of local citizens and agencies dedicated to helping migrants get to their destinations after they’re released from federal custody. Burrow told Fox News the migrants purchase their own tickets.

“The past two weeks have definitely been extraordinary in far as numbers go,” she said. “In just three days, we assisted over 1,000 families.”

MAYORKAS SAYS AS MANY AS 12K OUT OF 17K MIGRANTS HAVE BEEN RELEASED INTO US, AND ‘IT COULD BE HIGHER’

As many as 15,000 migrants recently crossed the U.S.’s southern border into Del Rio. Between 10,000 and 12,000 were later released into the interior of the country, Homeland Security Secretary Alejandro Mayorkas told “Fox News Sunday.”

Mayorkas said the number could increase as the remaining cases are processed.

Burrow told Fox News that many of the migrants that VVBHC helps end up in cities across America.

“If we weren’t here, I think it would be pretty tricky for them to figure out how to get from Del Rio to wherever their final destination is,” she said, adding that VVBHC is the only group in Del Rio that works with migrants.

Burrow told Fox News that migrants have been coming “all year long.” In August, VVBHC assisted 3,649 migrants. At the time of the interview, toward the end of September, the organization had tallied 3,500 assists.

Burrow also told Fox News that there had been “quite a few newborns born at our local hospital.”

“Now we’re having to add swaddling blankets and newborn items for moms,” she said. “That’s always been in place, we’re just seeing it in bigger numbers.”

Burrow added that “the support from the community has been phenomenal.”

“The majority of our volunteers come from a multitude of religious backgrounds and we all work together to help these people in need,” Burrow continued.