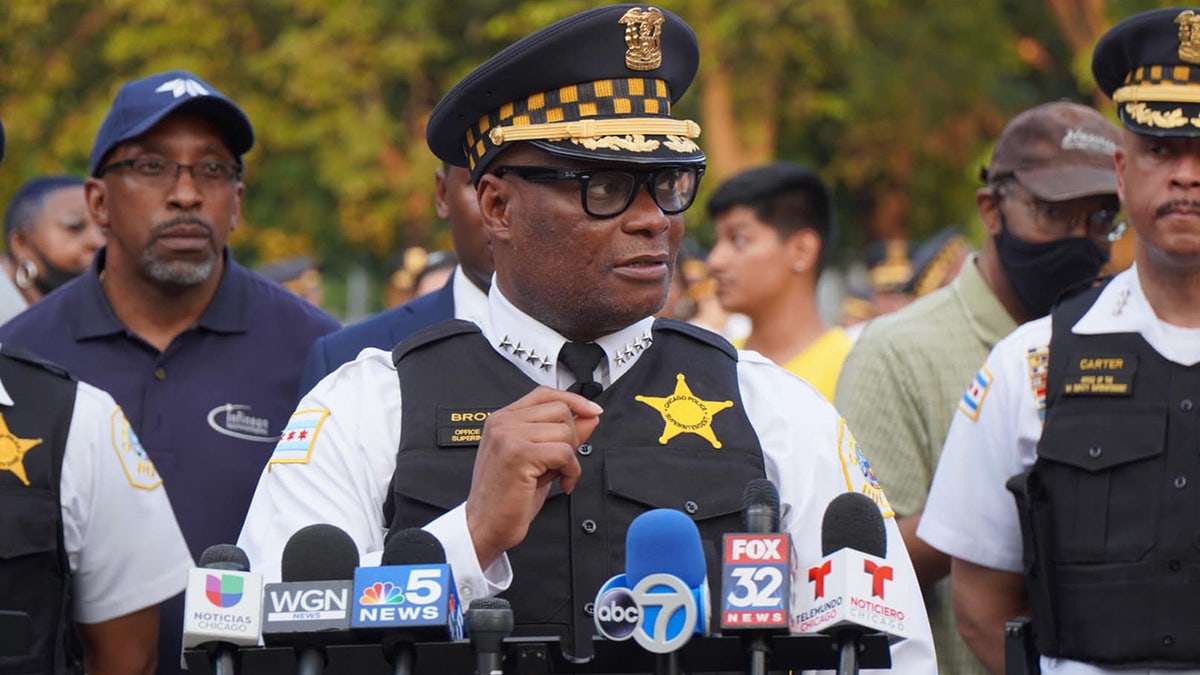 Chicago’s weekend gun violence left at least eight people murdered and at least 60 people shot, including a paramedic grazed by a bullet when someone opened fire into the window of a hospital.

A police officer was also struck in the leg while responding to a shots fired call.

From Friday 6 p.m. to Sunday before midnight, Chicago police recorded 46 shooting incidents, with at least 60 shooting victims. There were eight murders citywide during that time frame.

A Chicago Fire Department paramedic was grazed by a bullet in the bill of his baseball cap while working on a patient in the emergency room of Stroger Hospital at about 10:35 p.m. Saturday, the Chicago Sun Times reported. Police said someone inside a green Buick opened fire toward the hospital, shattering a glass window in what turned into a chaotic scene. It was unknown what prompted the shooting.

About 10 minutes before, two men were shot at by a passing vehicle while standing outside near the hospital, in the 2300 block of West Warren Boulevard. A 31-year-old was shot in the chest and an arm and was pronounced dead at the hospital. The second victim, a 28-year-old man, was shot in the right heel and was listed in good condition.

Meanwhile, an officer patrolling in the area of 73rd and Jeffrey heard several gunshots around 11 p.m. Friday night and raced toward the noise. The officer saw a person lying in the middle of the street and, when she attempted to exit her vehicle, she felt pain in her leg and became aware she had been shot, Chicago Police Superintendent David Brown said at a press conference Saturday.

The 30-year-old officer, who’s been on the job for two years, sat back in her squad car and was able to drive herself to a local hospital, where she was treated and released, Brown said. Two suspects, a man and woman, are in custody. The shooting left an 18-year-old dead and a 15-year-old in critical condition.

“I always try to convey how brave and courageous it is to be responding to a shots fired call. To hear gunshots and run toward the gunshots when most people would run away,” Brown said. “Our officers consistently respond to these calls even given the circumstances of our grief after losing Ella French.”

Aaron Jenkins, 26, has since been charged with shooting the officer and was expected to appear in court on Monday, the Chicago Sun Times reported. At the press conference Saturday, Chief of Detectives Brendan Deenihan said that a man and a woman were returning home with a pizza when the two teenagers confronted them on their back doorstep. Gunfire was exchanged among the three males.

The weekend figures don’t include victims affected by a drive-by shooting that happened Monday at approximately 1:40 a.m. in the 800 block of N. Ridgeway. An occupant in a dark-colored sedan opened fire, spraying bullets toward several victims on the sidewalk. No arrests have been made.

A 34-year-old man suffered a gunshot wound to the chest and was pronounced dead at the hospital. Three other males, ages 17, 24 and 39, suffered gunshot wounds to the legs.