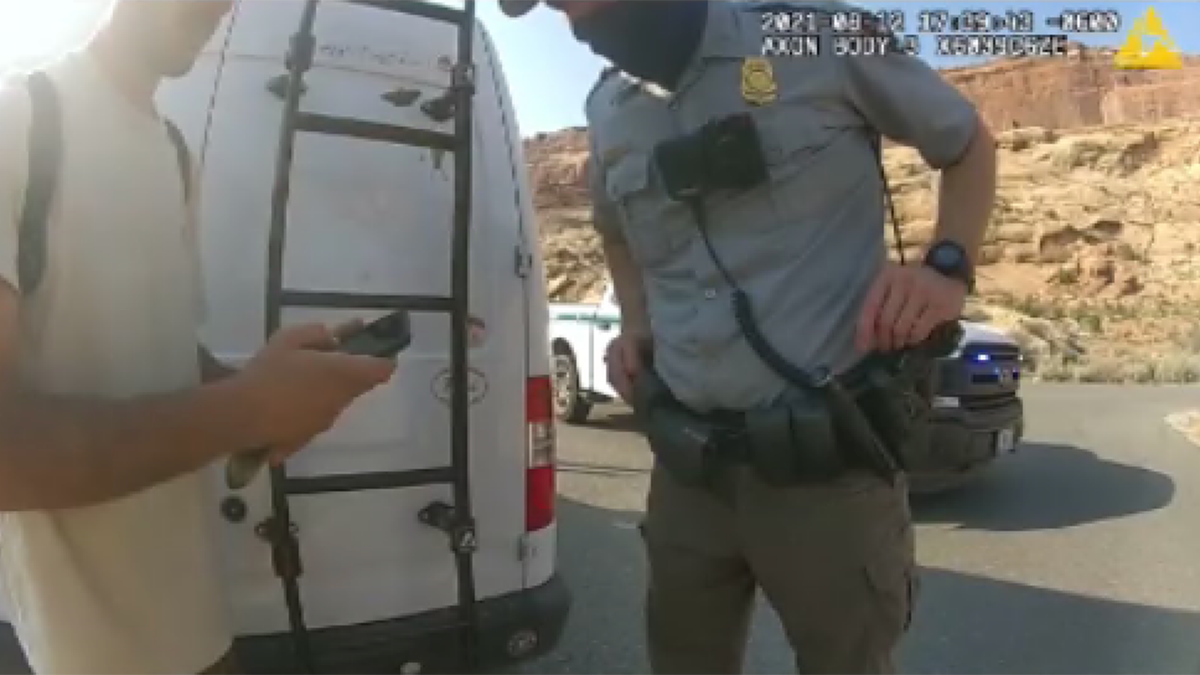 An attorney for Brian Laundrie, Steven Bertolino, confirmed Thursday that the 23-year-old bought a new cellphone on Sept. 4, three days after he returned to Florida without his fiancee, Gabby Petito, whose remains were found in Wyoming on Sept. 19.

Bertolino said that Laundrie left the new phone at home when he went for a hike on Sept. 14 and never returned, but the attorney said he is unsure what happened to Laundrie’s old phone — the one he had on his cross-country road trip with Petito.

An Aug. 12 domestic altercation between Laundrie and Petito in Moab, Utah, began with a fight over a phone, according to a witness.

“They were talking aggressively [at] each other [and] something definitely seemed off,” the witness wrote in the statement to police. “At one point, they were sort of fighting over a phone – I think the male took the female’s phone. It appeared that he didn’t want her in the white van.”

Later, after the couple was pulled over, Laundrie told officers that he did not have a phone, and was afraid Petito would leave him without a way to communicate.

“I was holding onto the keys because I didn’t want to go anywhere, and my big fear is — I don’t have my phone. I don’t have a phone. So if she goes off without me (inaudible), I’m on my own,” Laundrie told the officers. 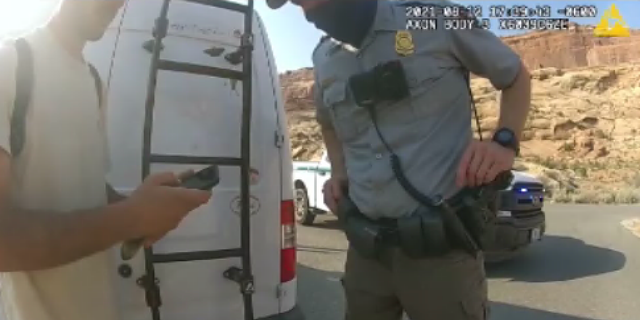 Brian Laundrie initially told officers he did not have a cell phone during an Aug. 12 domestic altercation, but pulled a phone out about 40 minutes later.
(Moab City Police Department)

About 40 minutes later, as police were preparing to take Laundrie to a hotel for the night, an officer asked him for his phone number and Laundrie pulled his phone out of his pocket, but this portion of the body camera footage is redacted, so it is unclear what Laundrie and the officers are saying.

Five minutes after that, an officer asked Petito if there was anything she wanted to say to Laundrie before they separate, and she said, “Make sure he doesn’t forget a phone charger.”

Bertolino did not respond to a request for comment on why Laundrie initially told officers he did not have a cellphone during the Aug. 12 incident.

The witness who reported the altercation told authorities that he saw “a male hit a female,” but officers appeared to focus on Petito as the aggressor when they responded.

The couple eventually left Moab and made it to Salt Lake City. Petito went missing in late August.

The Wyoming woman who picked up Brian Laundrie hitchhiking on Aug. 29 told Fox News on Thursday she did not see Brian use a phone “at all” during their ride.

Petito’s remains were found in Bridger-Teton National Forest on Sept. 19 and her death was declared a homicide two days later. 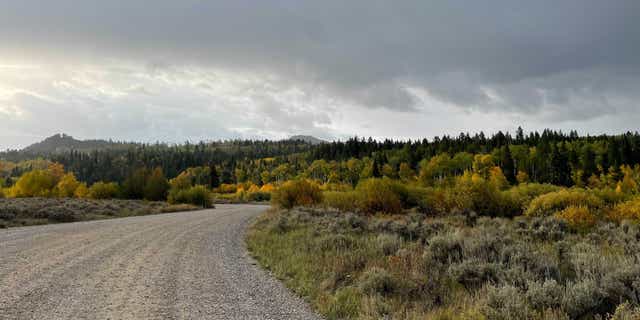 Laundrie returned home to in North Port, Florida on Sept. 1 and bought a new phone on Sept. 4, according to Bertolino.

“I can confirm that a phone was purchased on September 4, 2021 and Brian opened an account with AT&T for that phone. (Not a burner.) Brian left that phone at home the day he went for a hike in the preserve on Sept. 14, 2021, and the FBI now has that phone,” Bertolino told Fox News on Thursday.

A federal arrest warrant was issued for Laundrie on Sept. 23 for alleged debit card fraud.

Law enforcement has been searching for him in the nearby Carlton Reserve, as well as the Fort De Soto campground about 75 miles north of the Laundries’ home.