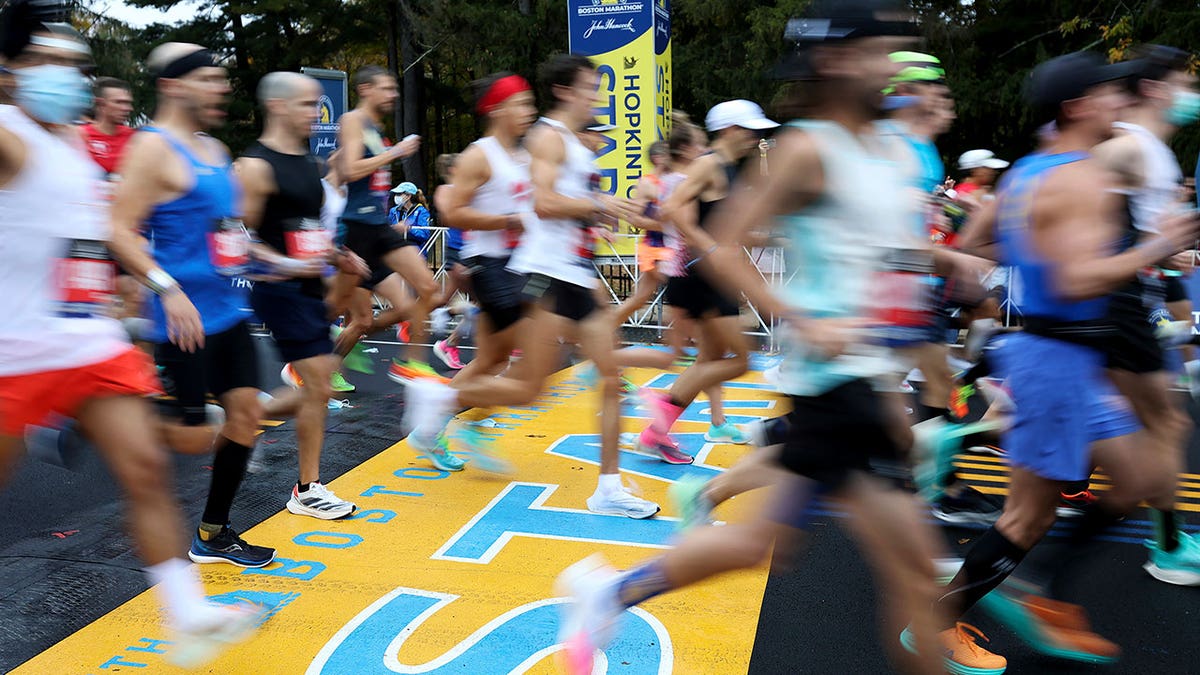 Runners were gearing up for the Boston Marathon on Monday, marking the return of the prestigious race to its springtime spot for the first time since the pandemic began.

Race director Dave McGillivray sent a group of about 20 from the Massachusetts National Guard that walks the course annually out at 6 a.m., announcing the start in Hopkinton of the 126th Boston Marathon. He told them that the “comeback is greater than the setback.”

McGillivray said in an interview that “it’s a new normal,” with some pandemic protocols still in place, such as requiring participants to be vaccinated or show an exemption, “but it’s a normal.” He said he’s using the catchphrase because “we’re about to see that come to life.”

“We recognize that we’re not totally out of the woods. We’re still sensitive to the virus and requiring vaccinations,” he said. “We’re really not back to normal for the time being, but this is what the new normal is. The key is keeping everyone safe.”

The wheelchair divisions start shortly after 9 a.m., followed by the elite fields. Eleven former champions are competing. McGillivray said it’s “one of the greatest assembled pro fields of all time.”

It has been only six months since athletes raced 26.2 miles (42.2 kilometers) to Copley Square in Boston for the world’s oldest and most prestigious annual marathon. 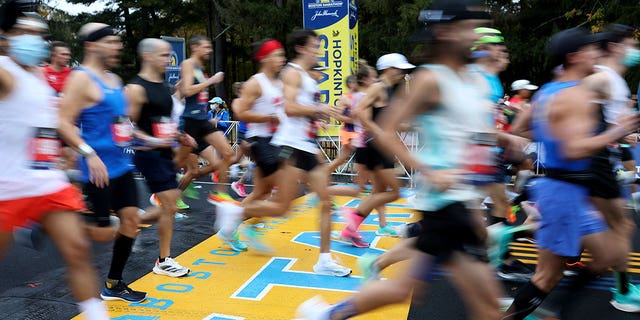 The 2020 race was called off because of the pandemic, the first cancellation since the event began in 1897. And the 2021 version was postponed, then held in October. That was the first fall edition of the marathon. The field was smaller for social distancing and the crowds were smaller too, though no less enthusiastic.

More than 28,000 runners were signed up to run Monday on the Patriots’ Day holiday. It’s the marathon’s traditional spot on the calendar, on the day that commemorates the start of the Revolutionary War.

About one-third of the National Guard group marched in October, too. Capt. Gus Ashton, 29, said the crowds last year were great, and he’s excited to get back out again and see even more people on the course.

“It’s still not quite normal, but it’s a lot closer to normal,” he said.

The Boston Athletic Association is marking the 50th anniversary of the first official women’s division, though the eight women who lined up alongside the men that year were not the first ones to run the race.

Bobbi Gibb is acknowledged as the first woman to run Boston. She finished in 1966 among the unofficial runners known as bandits. A year later, Kathrine Switzer signed up as “K.V. Switzer” and got an official bib. Race director Jock Semple tried to shove her off the course. 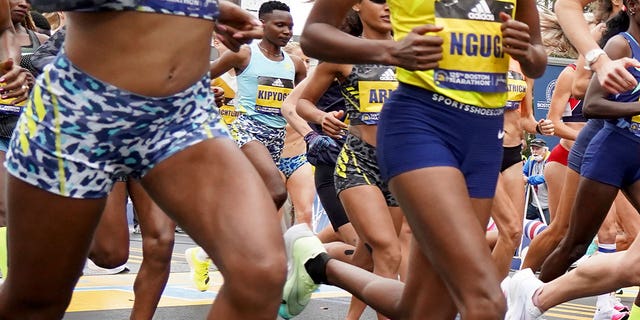 Diana Kipyogei of Kenya, center, at the start of the 125th Boston Marathon on Oct. 11, 2021, in Hopkinton, Massachusetts.
(AP Photo/Mary Schwalm, File)

Nina Kuscsik’s 1972 victory is celebrated this year. Five of the original eight women are taking part in the celebrations. Valerie Rogosheske, who finished sixth in the 1972 race, will run again this year, along with her daughters, and serve as the honorary starter for the women’s elite field.

This year the women’s field is one of the strongest ever. Reigning Olympic gold medalist Peres Jepchirchir, London and New York marathon winner Joyciline Jepkosgei, and Ethiopia’s Degitu Azimeraw all have personal bests that are faster than the Boston course record.

Kenya’s Benson Kipruto won the men’s race in October and will try to defend his title.

Ukrainians who were registered for the race were offered a refund or deferral to a future race if they could not or did not want to run this year. Residents of Russia and Belarus have been told they are not welcome.