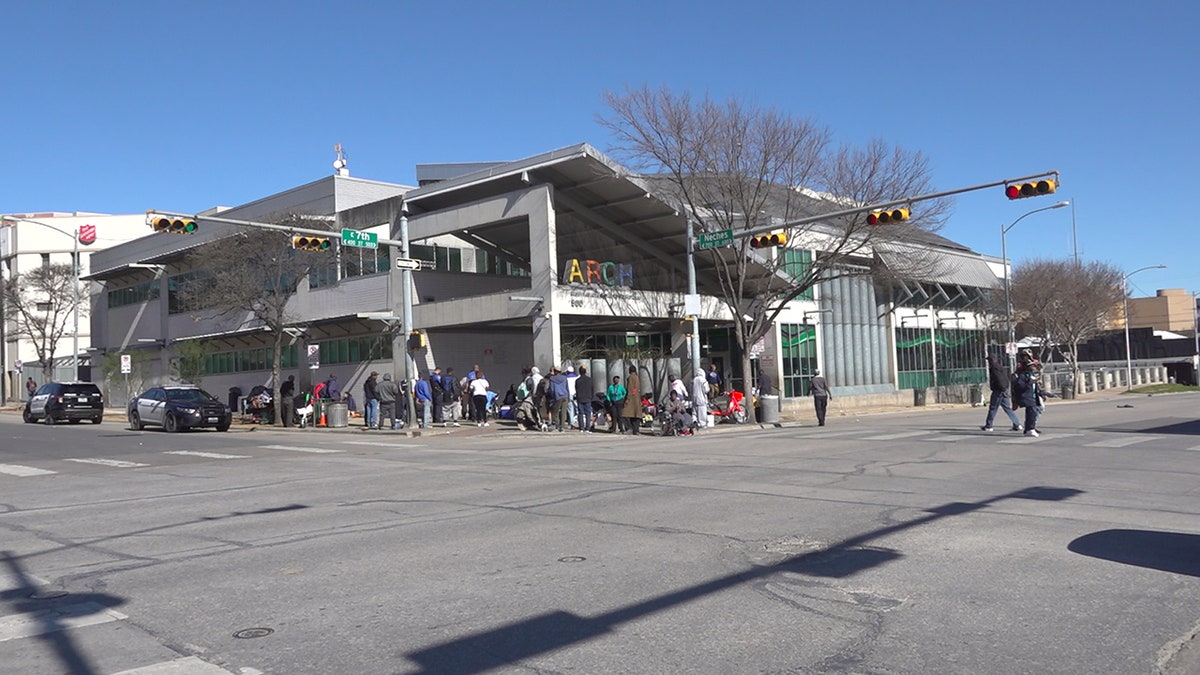 An argument in downtown Austin, Texas, turned violent early Sunday when a group of men fired their guns at each other, injuring two people.

The bedlam unfolded around 3 a.m. in front of the notorious Austin Resource Center for the Homeless (ARCH) on 500 East 7th St.

Austin police believe four men had been in an argument before the shooting. Two of them remain at large, FOX 7 reported.

The Austin Police Association tweeted a harrowing video of the incident. It shows four men approach each other as passersby look on. Bullets can be heard flying as the group scatters. It’s not immediately clear from the footage who shot at who.

The shooting comes as Austin has been dealing with a steep rise in homicides over the past year.

The rise in homicides has been driven primarily by budget cuts to the department that have fueled a dire staffing crisis. Austin City Council voted in August 2020 to cut up to $150 million from its police department budget – a little more than a third of its total expenditures – and reinvest that money into other public services. Mayor Steve Adler and Council Member Greg Casar led discussions on defunding prior to that unanimous vote. 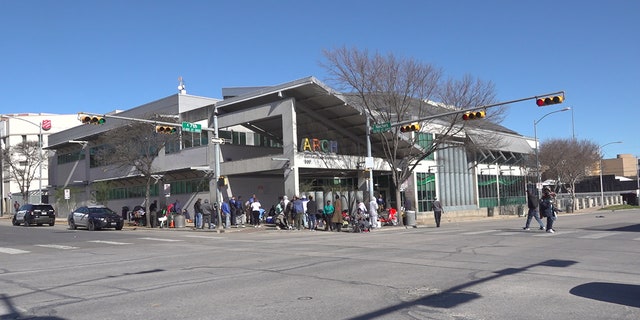 The City of Austin has resource center to help homeless individuals.
(Hunter Davis)

The decision came on the heels of a chaotic summer, marked by nationwide protests over the police killing of George Floyd in Minneapolis. Major cities including Los Angeles and New York slashed their police department budgets as activists railed against police misconduct.

The Austin Police Department was partially refunded earlier this year, but not all of the units that were cut came back and the funding has yet to kick in. Consequently, the remaining officers have been spread thin.

PENNSYLVANIA PROSECUTOR CHARGED WITH RAPING A WOMAN IN HER HOME

“I am thankful that people were not seriously injured or killed due to this senseless act of violence over the weekend,” she said in a statement provided to Fox News. “Due to our serious police staffing crisis, officers’ swift response to the shots fired was incredible. It is becoming increasingly apparent that with the staffing crisis, officers do not have the bandwidth to do preventative community policing and are unable to mitigate some of these cowardly crimes before they occur.”

The Austin Police Association noted that APD’s Park Unit had once assigned officers to patrol the ARCH but the unit has been suspended because of staffing levels.

“It’s sad that our downtown entertainment district has this happen almost every weekend – either shots fired or someone shot, or numerous guns seized from the 6th Street entertainment district area,” APA President Ken Casaday told Fox News. “But I can tell you, even as short as we are, the officers down there are working as hard as they can. It’s just really sad that our beautiful city has come to this.”

The Austin City Council passed a resolution in July directing City Manager Spencer Cronk to pursue a list of actions by October 30 to make the street safer at night.