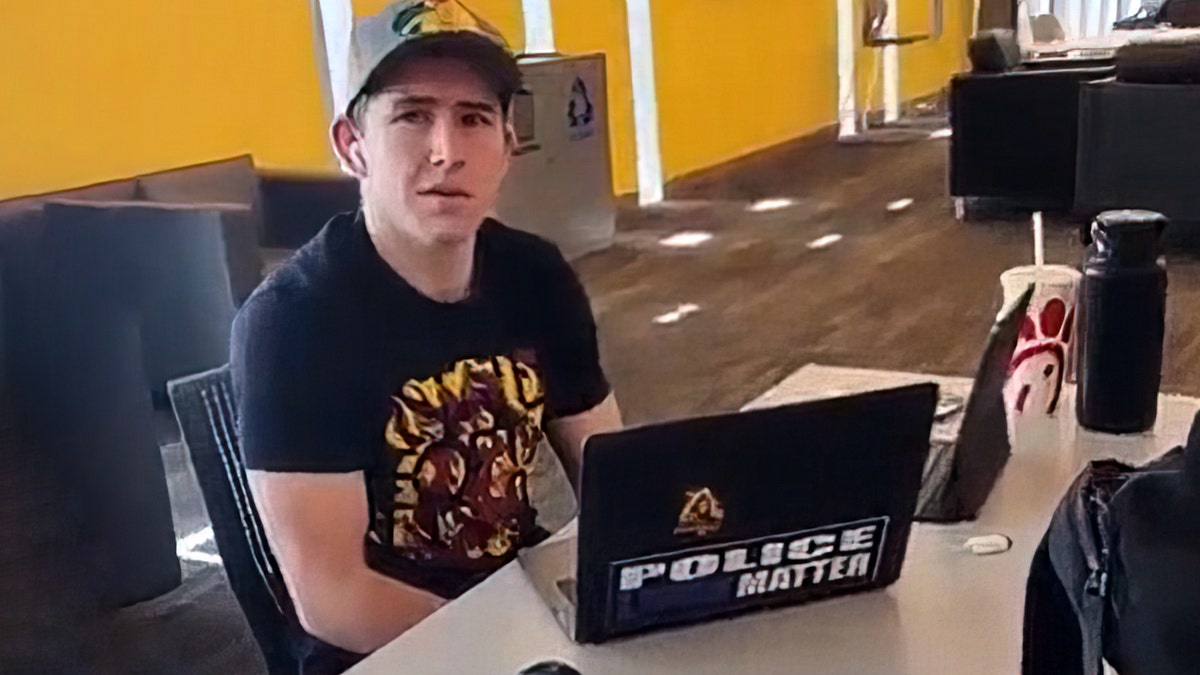 Two white students appearing to be on State University’s campus were confronted over a “racist” sticker on a computer reading “Police Lives Matter” and were told to leave the area, according to a viral video of the incident.

“You’re offensive. Police lives matter?” says a woman who confronts two White male students appearing to study in a campus facility in the video, which has more than 1 million views on social media.

The camera focuses on the two male students studying at a desk in an area on campus the female student says is a “multicultural space.” One of the male students has a sticker on his computer reading “Police Lives Matter,” while the other student is seen wearing a shirt saying, “Did Not Vote For Biden.”

“We’ve got a Police Lives Matter sticker and we’re getting kicked out. Can’t do school,” the student wearing the anti-Biden shirt says as he also holds up his phone, appearing to also record the confrontation.

The other students respond that the sticker is making them “uncomfortable.”

“You’re white, do you understand what a multicultural space is? It means you’re not being centered,” the students filming tell the white students.

“White’s not a culture?” the student in the anti-Biden shirt says.

“White is not a culture, say it again to the camera, you think whiteness is a culture.”

“This is the violence that ASU does and this is the type of people that they protect. Okay, this white man thinks he can take up our space. And this is why we need a multicultural space, because they think they can get away with this s–t,” the student continues, appearing to refer to Arizona State University.

ASU told Fox News later on Friday that it was aware of the video.

“The Dean of Students Office is aware of the disagreement between a handful of students that was captured in a video circulated on social media. The Dean of Students Office will be discussing it with all involved. ASU is a community of more than 100,000 people from all 50 states and more than 150 countries. Differences of opinion are part of the university experience. The university expects respectful dialogue between students in all engagements,” an ASU spokesperson said.

The students filming go on to say that the majority of facilities on campus “centers” the White students, and them being in the “multicultural space” “is peak white [cis] male bulls–t.” Another student is heard saying, “we’re asking you to leave if you have any consideration for people of color.”

The student with the police sticker eventually fires back right before the video ends: “I’m working 60 hours a week and going to school because my parents don’t just give me money.”

The video has since gotten fierce pushback on social media, racking up views and critics who say it is an example of “racism & harassment” against the two white male students.

“This is racism & harassment. The school should punish the girls who did this. Racism towards any skin color is wrong & shouldn’t be tolerated ever. ALL lives matter. Supporting police mean you support police & the important job they do to keep communities safe & enforce laws,” Republican Rep. Marjorie Taylor Greene .