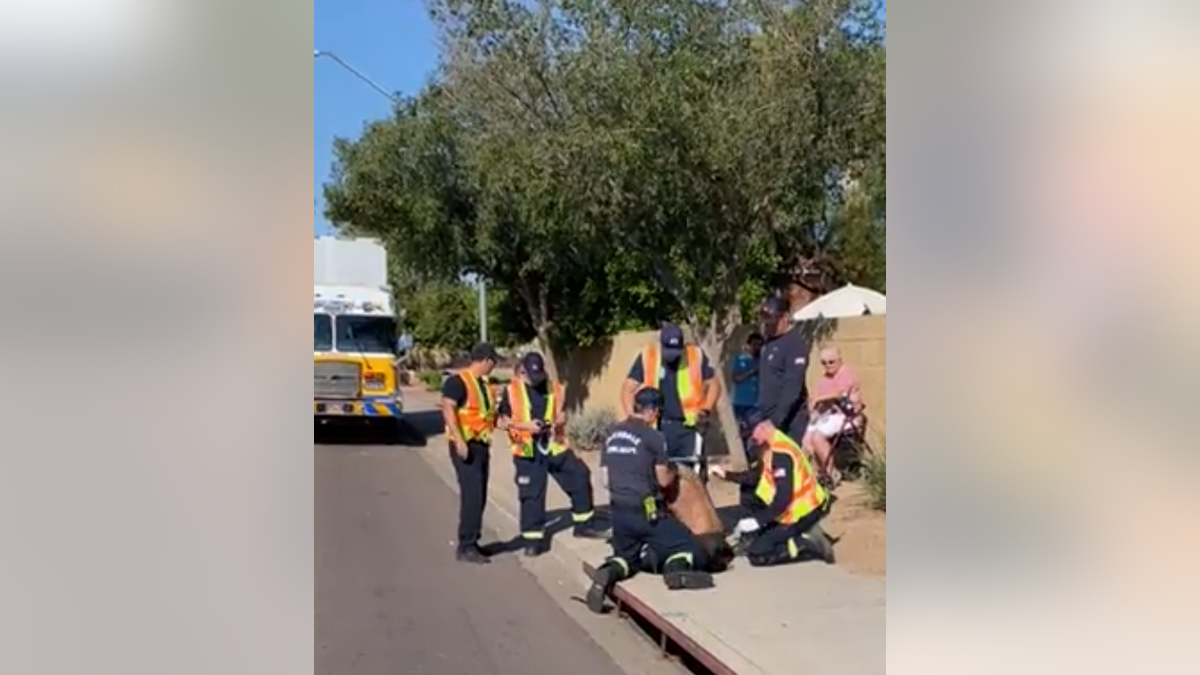 Arizona firefighters successfully rescued a man who had crawled into a storm drain and remained stuck there for days.

The man, who was not named, waved at some people who were passing and explained his situation. What he didn’t tell them was that he had been stuck for two days and a mile from where he had entered the system.

Glendale and Peoria Fire technical rescue personnel lowered a ladder into the drain and helped the man climb out.

Officials say the man, in his 30s, climbed into the system at a park and continued through the systems until he found the opening. He told responders that he “had a bad day,” but what that means or why he crawled into the drain system remains unknown.

Losch said that the man appeared to be OK, but he was taken to a hospital for a thorough examination.

Losch stressed the danger of the situation and the caution authorities needed to take in rescuing the man – not just for him but for themselves.

“What we are concerned about when it comes to something like this is oxygen-deficient area. So we definitely discourage people from going in there, not to mention when it’s raining, there’s water,” Glendale Fire Capt. Ashley Losch told AZ Family.