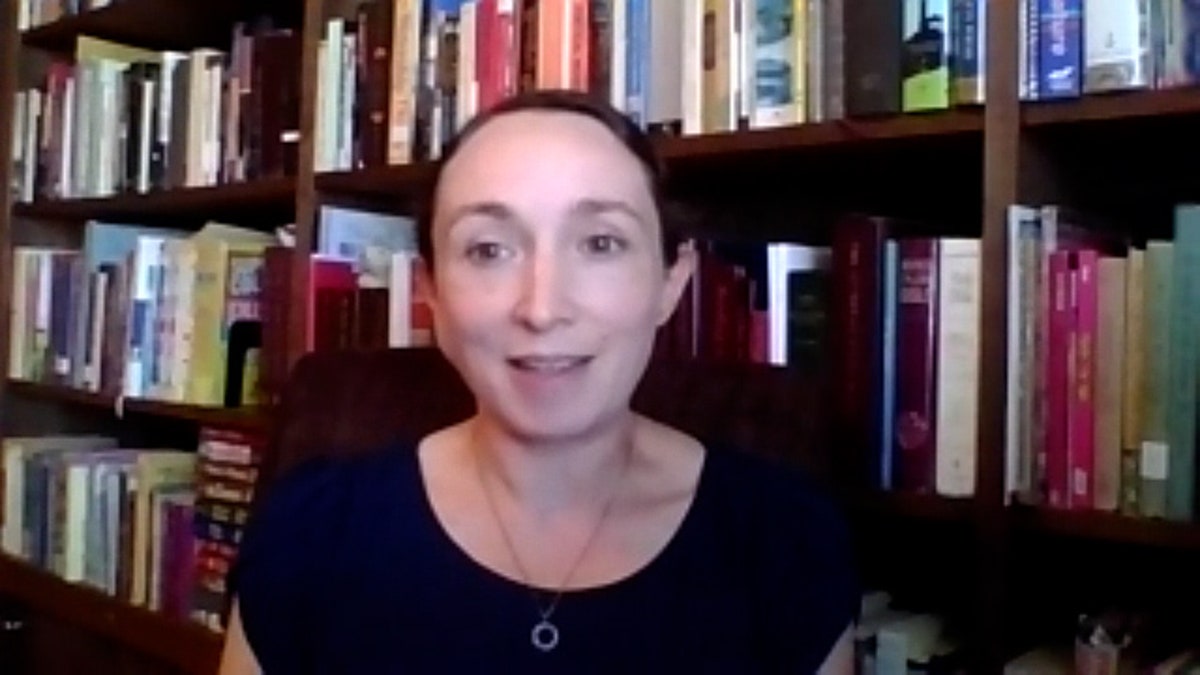 As Democrats attempt to push through massive spending packages, including the $1.8 trillion social safety net called the American Families Plan, one mother argued that expanding social programs will weaken American families, and in turn, society.

“Calling a bill to give money to Americans ‘the American Families Plan,’ at best, it’s a misnomer,” Heather Smith said in an interview with Fox News. “At worst, it’s really a sort of terrible shift in how we think about what an American family is.”

Smith is a stay-at-home mother of two young children and the wife of pastor. The self-described “middle-class, middle-of-America family” lives in rural Wyoming.

Like most other American families, the Smiths were automatically enrolled in the child tax credit program, which was part of the President Biden’s American Rescue Plan, a $1.9 trillion economic stimulus package that began giving out monthly payments to adult parents in July.

The couple first received a letter from the IRS in mid-June about the incoming payments they would receive. The Smiths’ accountant told the couple that it would be more beneficial for them to opt out of the tax credit rather than receive the additional income.

As advised by the IRS letter, Smith went to the instructed website and began a frustrating process lasting more than 24 hours to opt out of these monthly government payments.

“My purpose here is to try and convince the government not to give me money,” Smith told Fox News, explaining some of the steps she went through. “You would think that wouldn’t be so hard, but it really was a difficult process.”

Finally, after a long night’s sleep and more trial and error, she succeeded – only to be informed that she had opted out of just her half of the family’s child tax credit. Her husband would have to complete the same process to opt out of the remaining half, Smith said.

“There’s an underlying assumption there that disturbs me … that a family is nothing more than two adults who each take on 50% of the financial burden of having children rather than a single unit of society that is making decisions together for their own good and for the good of their children,” Smith told Fox News.

She argued that government-funded social safety net programs, such as the child tax credit or the various programs included in the proposed American Families Plan, will undermine the important strong family bonds by treating everyone as individuals.

“Strong societies require the family being the building block of that society,” the mother of two said. “When you have a society that is built entirely on the idea of individuals, it cannot be as strong.”

She noted that some of the so-called pro-family programs in the Democrats’ proposed economic stimulus package, such as free universal preschool and free community college, will in fact remove children from their family for an increased number of years.

“The more government decides that it is the responsibility of the state to provide for the needs of the family, the weaker the family then becomes,” Smith said.

The Biden administration argued in a fact sheet that “the American Families Plan is an investment in our children and our families – helping families cover the basic expenses that so many struggle with now, lowering health insurance premiums, and continuing the American Rescue Plan’s historic reductions in child poverty.”

“More or less, what Joe Biden and the Democrats are looking to do is create a welfare state in which you have dependency from cradle to grave,” Short said.

A recent Centers for Disease Control and Prevention report found that the U.S. birth rate fell by 4% in 2020, the sharpest single-year decline in nearly 50 years and the lowest number of births since 1979.

“I find it so distressing the number of young people that don’t want to have children,” Smith told Fox News. “Certainly, there are connections between that phenomenon and the sorts of policies that our government has.”

“Underlying all these policies, there’s the idea that children are essentially a financial drain on adults and that they are an impediment to people living their own individual fulfilled lives,” Smith said.

“I don’t think they can really imagine beyond the difficult years of having toddlers,” Smith continued. “Rather than thinking … ‘What is it going to be like in older life when I don’t have anyone who’s there for me at the end of my life?’ Those things are really sad.”