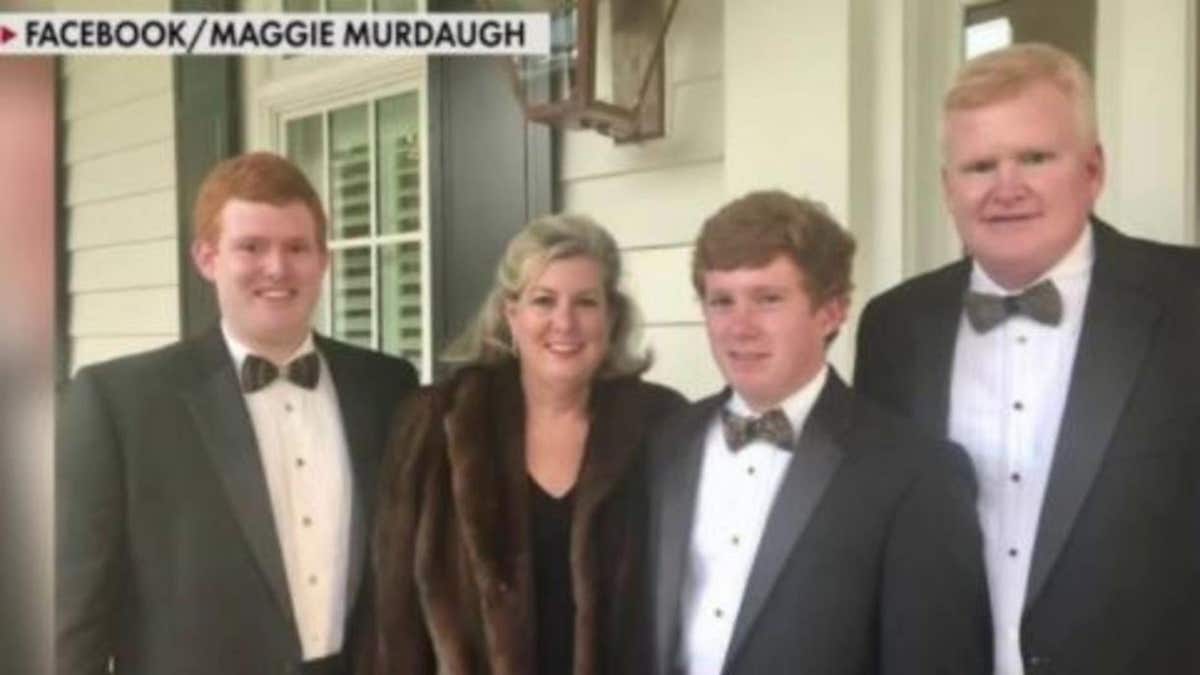 A spokesperson for Alex Murdaugh on Thursday categorized a recent People magazine report which claimed that his wife, Maggie, had visited a divorce attorney in the months before she and her son were gunned down at the family’s South Carolina estate as “salacious” and as having “no credible sources,” arguing instead that strings of text messages prove the couple always had “a very loving relationship.”

“The most recent allegations by People Magazine regarding the state of Maggie and Alex Murdaugh’s marriage are totally inconsistent with what we have been told by friends and family members,” Murdaugh’s spokesperson Amanda Loveday said in a statement to Fox News Digital.

“We have reviewed many years of text messages on Alex’s phone, and the conversations between Alex and Maggie portray a very loving relationship,” Loveday continued. “It is our hope that the media will continue to focus on covering the investigation of the person or people responsible for the murder of Maggie and Paul and not reporting salacious stories with no credible sources connected to the Murdaugh family.”

An anonymous source told People magazine that Maggie Murdaugh traveled the hour drive to Charleston to meet with a divorce attorney in April.

What discussions were had in the meeting remain unknown, but the source told the outlet that Maggie Murdaugh had begun to look into the family’s assets, something she had never paid much attention to before. Meanwhile, Alex Murdaugh’s unnamed coworkers told People they noticed Maggie Murdaugh had stopped coming to have lunch with her husband in the months before her death.

Maggie Murdaugh and her 22-year-old son, Paul Murdaugh, were shot dead on the property of the family’s hunting estate in Colleton County on June 7. Alex Murdaugh dialed 911 to report coming home around 10 p.m. to find their bodies on the ground outside dog kennels. Law enforcement disclosed that the two had been shot with different firearms but have not provided a motive for the double murder or named any suspects in the case.

FITSNews also previously reported that Alex and Maggie Murdaugh’s marriage had been on the rocks for years.

The slayings of two members of the high-profile family rocked South Carolina’s Low Country and have shined a spotlight on other alleged victims of the Murdaughs, whose prosecutorial influence in the region stretches back three generations and over a century.

The South Carolina State Law Enforcement Division (SLED) announced in June that it opened an investigation into the 2015 death of 19-year-old Stephen Smith, whose body was found in the middle of a rural road in Hampton County with blunt-force injuries to the head. The agency launched the probe into Smith’s death “based upon information gathered during the course of the double murder investigation of Paul and Maggie Murdaugh” but has not disclosed how the two cases are connected.

At the time of his death, boating under the influence charges were still pending against Paul Murdaugh, who was allegedly driving his father’s boat while underage and highly intoxicated in February 2019. He crashed into a bridge in Beaufort County, killing passenger 19-year-old Mallory Beach.

Another passenger, Connor Cook, who suffered a broken jaw but survived, has alleged in a recent court filing that Alex Murdaugh launched a “whisper campaign” to spread the rumor that Cook, and not Paul Murdaugh, was driving the boat. Cook also alleges that Alex Murdaugh warned him to “keep his mouth shut” before introducing him to his lawyer friend, Corey Fleming, who advised him not to talk to police.

Fleming is the same attorney who Alex Murdaugh introduced to the sons of Gloria Satterfield, the family’s longtime nanny and housekeeper who died in 2018 after a mysterious trip and fall accident at another home owned by the Murdaughs in Colleton County.

Her sons allege in a new filing Monday that Alex Murdaugh and others secured $505,000 and $4.3 million insurance settlements following Satterfield’s death. About $2.8 million of that money was entitled to her heirs, but Satterfield’s sons have never seen the money, according to their lawsuit.

The motion asked a judge to have Alex Murdaugh civilly detained until he returned the million he allegedly embezzled from him. Alex Murdaugh was released on his own recognizance earlier this month, allowed to travel back to an out-of-state rehabilitation facility to treat a supposedly decadeslong opioid addiction. In a separate matter, he is charged with insurance fraud, conspiracy to commit insurance fraud, and filing a false police report after allegedly plotting his own death so that his surviving son, 26-year-old Buster Murdaugh, could collect a $10 million life insurance policy.

The botched Sept. 4 shooting happened days after the Hampton-based law firm PMPED asked for Alex Murdaugh’s resignation, alleging he misappropriated at least $1 million in funds from the practice founded by his great-grandfather in Hampton, South Carolina.