SC law firm denounces Alex Murdaugh once again amid criminal, civil probes: ‘He lied and he stole from us’ 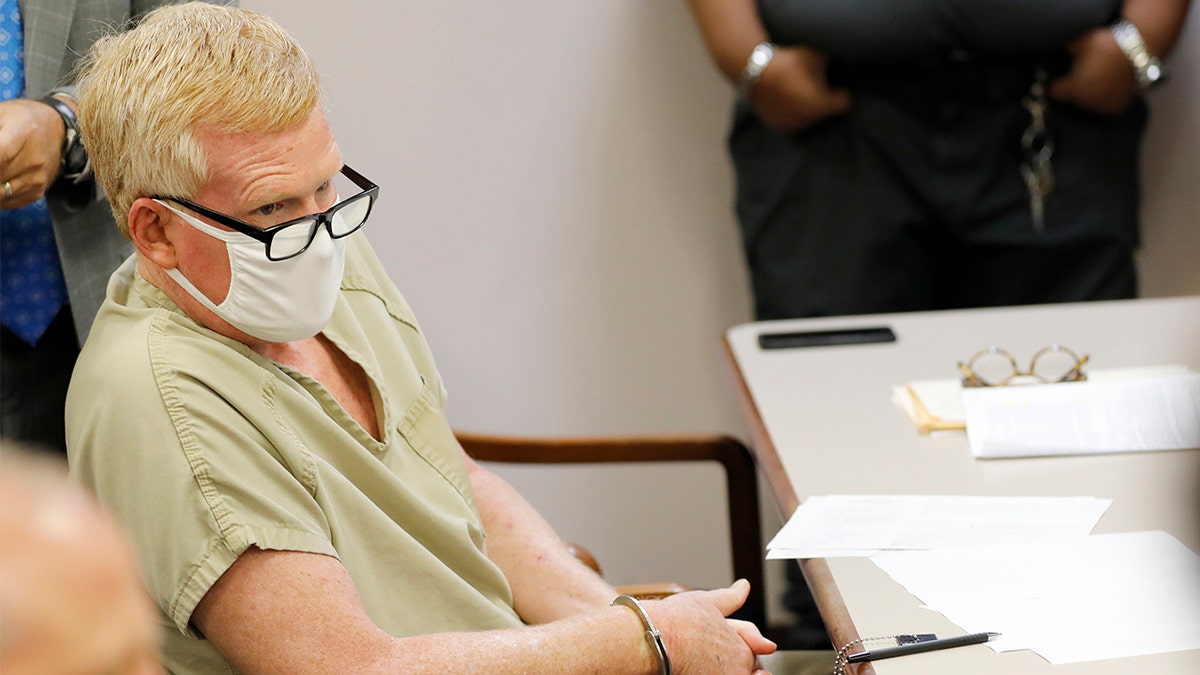 The South Carolina law firm where Alex Murdaugh was recently a partner once again is seeking to distance itself from the disgraced attorney sitting in an undisclosed drug rehabilitation facility, publishing a new statement ensuring clients they will not lose money due to his alleged misconduct.

The website for Peters, Murdaugh, Parker, Eltzroth and Detrick (PMPED), a personal injury law firm based in Hampton, South Carolina, now opens with a “Message to Our Community,” emphasizing how its lawyers and employees live and work in Hampton, Jasper, Colleton and Beaufort counties.

“Most of us grew up in the area, attended local schools, worship at area churches and continue involvement with local civic organizations and charities,” the statement begins. “We are proud of our communities and are distressed by the tragic situation involving our former partner, Alex Murdaugh. The negative attention that this has brought to the community and to our firm is regrettable.”

PMPED asked for Alex Murdaugh’s resignation earlier this month, alleging he misappropriated at least $1 million in funds. Since then, he allegedly plotted his own death, providing a gun to his former legal client and alleged drug dealer, Curtis “Eddie” Smith, to shoot him in the head so that his surviving son, 26-year-old Buster Murdaugh, could collect a $10 million life insurance policy. But Smith allegedly only grazed him.

Murdaugh has since been charged with insurance fraud, conspiracy to commit insurance fraud, along with filing a false police report in connection to the Sept. 4 shooting. Hampton County Magistrate Judge Tonja Alexander set his bond at $20,000, and he was released on his own recognizance. He was allowed to return to an out-of-state rehabilitation facility without GPS monitoring.

In its statement, PMPED further claims to be “a robust firm with skilled, experienced attorneys who represent our clients with a fierce commitment to obtaining justice.” The statement also stressed that no client will experience any financial losses as a result of Alex Murdaugh’s alleged misconduct.

“We were shocked and dismayed to learn that Alex violated our principles and code of ethics. He lied and he stole from us. No member of PMPED was aware of Alex’s scheme,” the statement continues. “When we learned he betrayed our trust, we requested his resignation immediately. We have yet to speak to anyone who was aware of his addiction to opioids.”

During his bond hearing, Murdaugh’s attorney, Dick Harpootlian, told the judge that his client has struggled with an opioid addiction over the past two decades and that the addiction has only worsened since the murders of his wife, Maggie Murdaugh, and their 22-year-old son, Paul Murdaugh, in June. Alex Murdaugh dialed 911 to report coming home to find the two shot dead at the family’s hunting estate in Colleton County.

No one has been named as suspects or arrested in the double homicide.

“While Alex’s situation is tragic, be assured the firm is strong and focused on representing its many clients. We provide legal services locally and statewide. We hold ourselves to the highest ethical standards in handling our clients’ cases,” the law firm wrote. “Despite the widespread recent publicity, we continue to work to represent our clients with the same diligence and professionalism as prior to the discovery of Alex’s misdeeds. The funds taken by Alex will not affect current or future PMPED operations. No client of PMPED will suffer a financial loss as a result of Alex’s misconduct.”

The law firm also addressed media reports about the lawsuit and settlement resulting from the death of the Murdaugh family’s longtime nanny and housekeeper, Gloria Satterfield. The South Carolina State Law Enforcement Division (SLED) recently opened an investigation into 57-year-old Satterfied’s 2018 death and the handling of her estate. Lawyers representing her sons claim that Murdaugh and others arranged a $505,000 settlement, as well as a second $4.3 million settlement with a different insurer following Satterfield’s death – but her sons and only heirs have never seen any of the money.

“If these reports are accurate, we are stunned at what occurred. It’s important for everyone to know that PMPED did not represent Alex in that case. His insurance company hired counsel to represent him,” the law firm wrote. “Like many of you, we have lots of questions about Alex and what has recently come to light. We don’t know the answers, but we will continue assisting law enforcement and other authorities in efforts to find the truth. PMPED is committed to our clients and community. You can count on us to operate our firm in an honorable and transparent fashion.”

SLED Chief Mark Keel on Thursday called on federal partners at the FBI and the U.S. Attorney’s Office for the District of South Carolina for continued assistance in its investigation into Alex Murdaugh and his family. At the time of his death, Paul Murdaugh was facing boating under the influence charges in connection to a 2019 deadly crash in Beaufort County that killed 19-year-old Mallory Beach and injured several other passengers. One of the passengers, Connor Cook, is alleging that Alex Murdaugh tried to prevent him from talking to police.

SLED has also since reopened an investigation into the 2015 death of Stephen Smith “based upon information gathered during the course of the double murder investigation of Paul and Maggie Murdaugh,” but the agency has not disclosed how they’re connected.