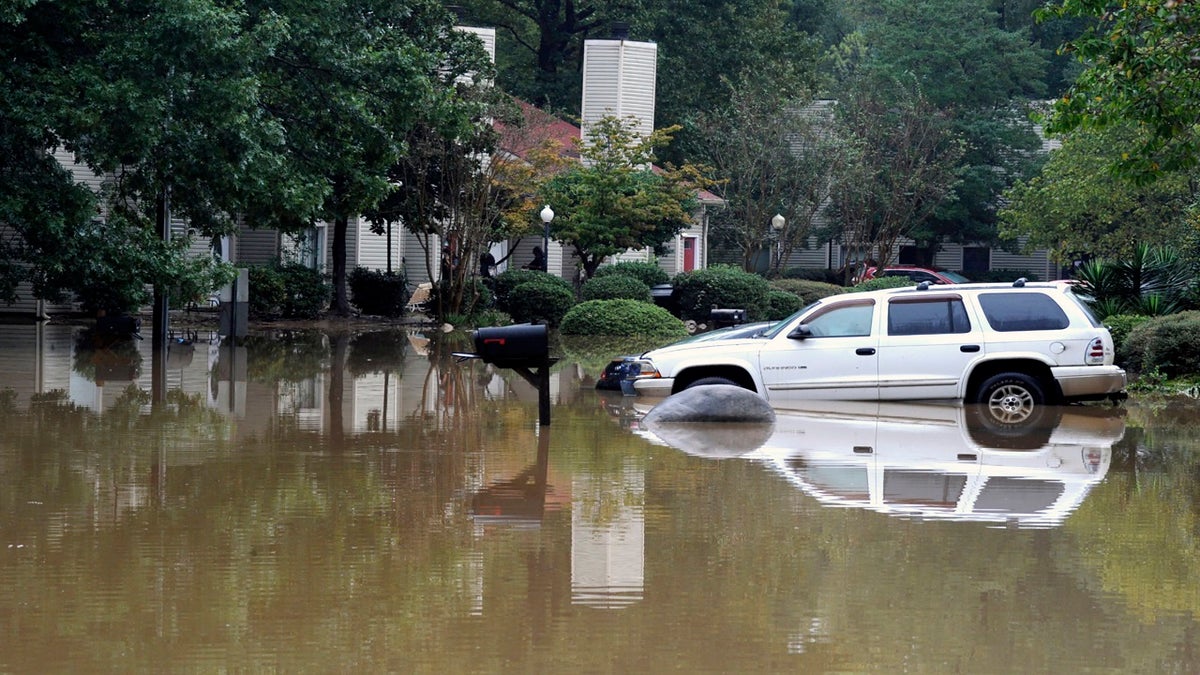 Dozens of people had to be rescued Wednesday night in central Alabama, where the National Weather Service said as much as 13 inches of rain fell, and a south Alabama town temporarily lost its main grocery store when a creek came through the doors of the Piggly Wiggly. Near the coast, heavy rains caused sewage to bubble out of underground pipes.

Metro Birmingham remained under a flash flood watch, and meteorologists predicted another wet day for most of Alabama and parts of Florida, Georgia and Tennessee. As much as 5 more inches of rain was possible through Thursday evening, the weather service said. 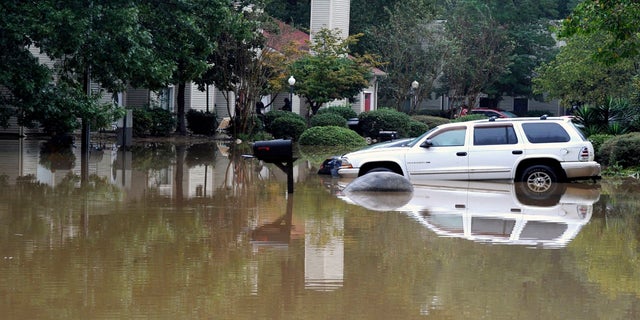 A flooded neighborhood is shown in Pelham, Ala., on Thursday.

A 4-year-old girl and an 18-year-old woman died in separate incidents when floods carried away vehicles in northeast Alabama, said Marshall County Coroner Cody Nugent. Searchers found the bodies of a boyfriend and girlfriend, both 23, inside a car that was swept away by a fast-moving stream in the Birmingham suburb of Hoover, said Shelby County Coroner Lina Evans.

“Normally it’s just a trickle. It was raging,” she said. She identified the victims as Latin Marie Hill and Myles Jared Butler, both of Hoover.

The rain caused havoc in places across north Alabama, submerging cars in metro Birmingham and parts of the Tennessee Valley. Rescue crews helped motorists escape as low visibility and standing water made travel life-threatening in some areas.

Some of the worst flooding happened in Pelham, outside Birmingham, where 82 people were rescued from homes and more than 15 were pulled from vehicles after up to 13 inches of rain sent creeks and streams overflowing their banks, the Pelham Fire Department said early Thursday. More than 100 rescuers were involved in the effort, as were 16 boats, the statement said. 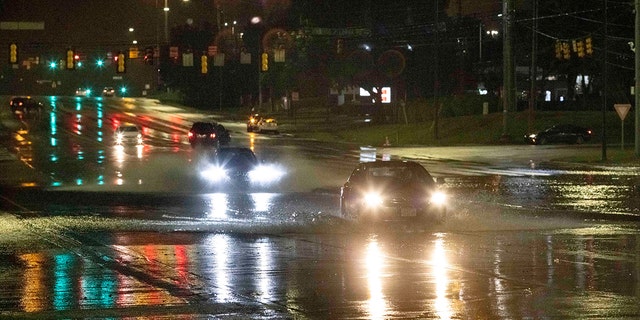 Cars travel through floodwaters on the Montgomery Highway Wednesday near the Riverchase Galleria complex in Birmingham, Ala.
(AP Photo/Vasha Hunt)

“Water was coming in the car so fast I had to bail out the window,” said Jill Caskey, who watched Thursday morning as a tow truck hauled away her sport utility vehicle from a low-lying parking lot in Pelham. The car stalled as she was trying to navigate floodwaters during the deluge Wednesday night.

A police officer helped her to high ground, and Caskey’s husband picked her up on a roadside. But it then took them three hours to travel a few miles home because of flooded roads.

Caskey has heard the weather safety mantra of “turn around, don’t drown,” but said “it really happened so fast I didn’t have time to think about it.”

The Alabama deluge comes about seven weeks after flooding killed more than a dozen people in Tennessee. These types of floods may be more common in the future because of global warming, scientists say.

Federal research has found that man-made climate change doubles the chances of the types of heavy rains that swamped Baton Rouge, Louisiana, with 26 inches of rain in 2016, killing a dozen people and damaging 150,000 homes.

In south Alabama near the Florida line, water covered streets in the flood-prone Escambia County towns of Brewton and East Brewton, inundating a shopping center and sending as much as 3 feet of water into the Piggly Wiggly. Two schools had to cancel classes, said Escambia Sheriff Heath Jackson.

“We’re hoping that the rain is going to stop so we can get some of this water… out of here,” Jackson told WKRG-TV. 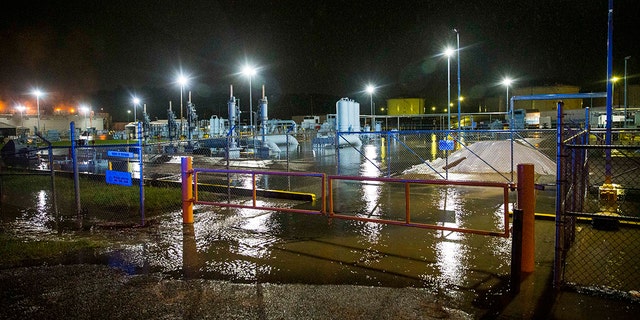 Flooding on County Road 52 spilled into a Colonial Pipeline station during Wednesday’s flood emergency, in Pelham, Ala., near Birmingham.
(AP )

To the south, in Baldwin County, as much as 250,000 gallons of waste water overflowed from sewage systems along Mobile Bay, officials said.

With rainfall totals already ranging from 2 to as much 6 inches across the state this week, forecasters said another 3 inches of rain was possible, with the heaviest rains to the north.

Severe storms and a few isolated tornadoes from a slow-moving low pressure system were a threat, mainly in the afternoon, forecasters said. The National Weather Service issued a tornado watch for northeastern Alabama, northwestern Georgia and southern Tennessee.

Rains should end in Alabama by late Thursday as storms move eastward. Flash flood warnings were in effect through Friday along the weather front, stretching from the Florida Panhandle through northern Georgia and mountainous regions of the eastern Tennessee and the western Carolinas.

Back in Pelham, Michael Halbert waded through his neighborhood to a townhome that filled with more than 40 inches of water. He tried to get items off the floor, but still lost some of his belongings, and his Jeep filled with water outside.

“Flood insurance is going to have fun,” he said.