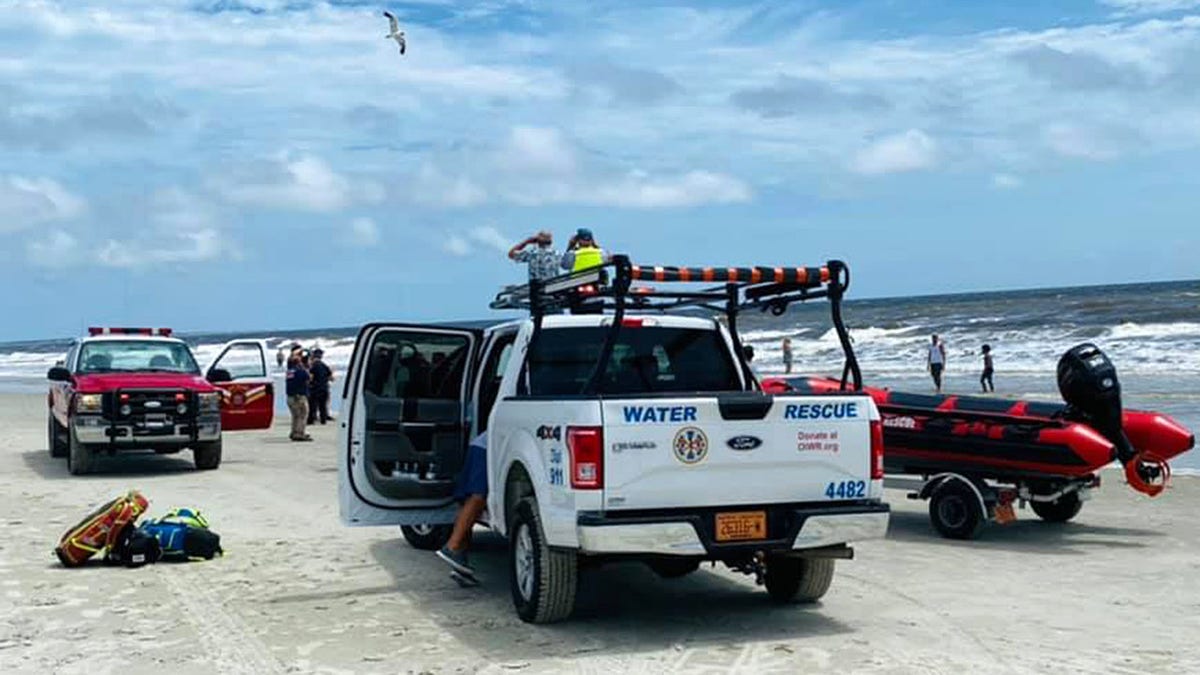 Two people lost their lives on Wednesday after drowning in the waters off of North Carolina’s Oak Island, according to reports.

Oak Island Water Rescue wrote on Facebook the same day that it, Oak Island Police Department, Brunswick County EMS and Southport FD EMS had been dispatched for a drowning near the Trott St. beach access in the vicinity of the Oak Island Pier shortly after 1:30 p.m. ET.

In the moments following the dispatch, Oak Island Water Rescue said that the Brunswick County C-Com 911 center reported one person had been removed from the water and that medical care was being given on the beach, while a second person was missing.

The agency launched a drone, spoke with witnesses, surveilled the surf using binoculars and deployed a search team in the surf zone.

The Town of Oak Island launched a second drone and boats in the water, including the Oak Island Water Rescue’s surf launch Boat 4491, the U.S. Coast Guard Station Oak Island’s 47’ Motor Life Boat and boats with the NC Marine Patrol and BCSO Marine Patrol, began to run search patterns in the area and locations east and west of the scene.

The second person was then located and put in the care of local EMS after hours had passed.

WECT said officials explained that the individuals – men, ages 50 and 28 – had been caught in rip currents.

ACCIDENTAL DROWNINGS A CONCERN AS PANDEMIC POSTPONED SWIMMING LESSONS FOR SOME

WCTI said that one of the two men is believed to have suffered a cardiac arrest.

The local station said that the two were a father and son who were at the beach with family members – one of which WWAY said had to be rescued after trying to help the men.

Their identities have yet to be made public.

“While this incident did not conclude as we had hoped and worked hard to achieve, we are very thankful for the mutual aid response of our local, county, state, and federal partner rescue agencies,” Oak Island Water Rescue said. “Please keep those involved in your thoughts and prayers.”

“Prayers with the family and friends,” Southport FD EMS wrote in its own post.

Oak Island Water Rescue posted on Thursday that it had been working on a project to put rip currrent warnings up at every beach access “in light of [Wednesday’s] events.”

“We hope to have them up before Labor Day. Each beachgoer will be able to check the current rip conditions before they get to the beach,” the team said.

WWAY said the flags had been up on Wednesday.

“If you’re headed to the beaches Friday and this weekend, please be advised that life-threatening surf and rips currents are expected during this time due to swells from tropical storm Henri,” the National Weather Service (NWS) in Raleigh wrote on Facebook.

The NWS advises beachgoers to check water conditions before entering, swim at beaches with lifeguards and not make assumptions about the weather as “rip currents often form on calm, sunny days.”